Why mental illness at work need not be a solitary journey 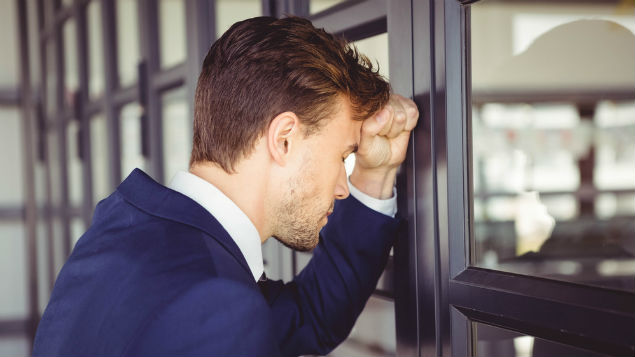 Stigma relating to mental illness is still all too visible in some workplaces.

Mental illness at work is still a precarious and lonely experience for many employees. Stephen Bevan of the Institute for Employment Studies looks at four areas where more progress is vital. This article is in support of this week’s “Free your mind” cycle ride in aid of the Black Dog campaign to end the stigma of mental health problems.

“Work is where I go to feel normal.” So said a young man living with schizophrenia whom we interviewed for a research study a couple of years ago. For him, being at work allowed him a dignity, a sense of purpose and rich social connections which many of us take for granted.

The isolation often associated with his illness had been substantially overcome by gaining work. In fact, for him and many like him, work was having positive therapeutic benefits.

Of course, schizophrenia is a serious and relatively rare mental illness affecting about 1% of the population and paid employment, despite its benefits, is still rare among people living with the condition – fewer than 8% are employed.

By contrast, employment rates are much higher among those living with more common conditions such as depression and anxiety. Ironically, for a proportion of them, work has few therapeutic benefits and can be a lonely place to be, especially if work itself has contributed to the problem and if the climate of the organisation makes safe disclosure feel difficult.

This feature is part of a short series focusing on positive mental health and wellbeing at work.

It is in conjunction with the Free Your Mind initiative, a sponsored 500 mile solo ride between San Francisco and Los Angeles between the 15 and 21 June by Stephen Haynes.

The initiative is in support of the Black Dog Campaign to reduce stigma surrounding mental illness, to help future research into treatment and to provide care and support for people suffering with mental ill-health.

If you would like to make a donation to SANE and the Black Dog Campaign, you can do so here.

Free Your Mind was made possible with the kind support of the Wellbeing People, StepJockey and Cranleigh Freight Services, alongside media partner Occupational Health & Wellbeing.

Compared with a decade ago, of course, we are having a much more open and supportive national conversation about mental health and work in the UK. From MPs like Norman Lamb to the “Time to Change” campaign, the visibility of the debate about mental illness is richer and better informed than ever before.

Sadly, not all workplaces have caught up with this and stigma relating to mental illness is still all too visible. For example, around a third of people in the UK say they would never work with someone who has a mental illness. The irony is that many of them already have without knowing it.

Surveys show that many line managers still feel that having a mental illness is not a valid reason for having time off work and that employees with a history of mental ill-health are inherently unreliable, “flaky” or unlikely to be able to cope with work pressure and tight deadlines.

So why, despite the progress we have made, is having a mental illness and working still a precarious and lonely experience for so many employees? What do we need to do to shake off the remaining examples of ignorance, prejudice and unenlightened management practices which still exist in too many organisations? I think there are four areas where more progress is vital.

First, we need to stop catastrophising mental illness at work. We must start a process of “normalising” mental illness and ensuring that workplaces are both psychologically healthy and supportive environments within which rehabilitation and recovery can be nurtured.

Too often, with both mental and physical illnesses, the temptation is to think only about what the employee is no longer able to do and the knock-on effects for colleagues, customers and productivity. A more constructive approach is to build on what the employee is still capable of doing and calmly to build a return to work and rehabilitation pathway with them that gives them the best chance of achieving a sustained return to work.

Second, we should try more supported self-management. Overwhelmingly, the best person to place at the centre of return-to-work planning is the employee. Mental illnesses often vary in intensity over time and are better or worse in different circumstances known best by the person living with the condition.

Research on the self-management of chronic or fluctuating health conditions at work show that people who feel confident that they can make a meaningful contribution to workplace adjustments and return-to-work plans make better recoveries and are more likely to stay in their jobs.

Talk about resilience in the workplace

Third, we need to talk about resilience. I have to admit to being ambivalent towards the popularity of resilience “interventions” at work. Of course, it is good to support people to develop their capacity to cope healthily with pressure, ambiguity, conflict or a lack of control.

However, if resilience interventions comprise only “sheep dip” training workshops for as many employees as possible in the hope that they will be inoculated from badly designed jobs, bullying cultures and empathy-free managers, then I think we may have a problem.

The HR director of a professional services company recently told me of his ambition to develop a psychometric test to filter out non-resilient job applicants. Surely this is a corruption of the concept of resilience which must be resisted.

Senior managers should disclose their own mental health problems

Finally, we need more senior manager disclosure. I was involved in a study in an Australian Bank in which 37% of middle managers had undiagnosed depression. In too many organisation managers are expected to be hardy, strong, resilient and invulnerable. As I heard a director in one organisation say, “sickness is for wimps”.

The challenge is that managers are often the “squeezed middle” of business with pressure from above and beneath to make quick decisions and keep cranking out results.

Senior managers are far less likely to disclose any lived experience of mental illness – even in their families – for fear of this damaging their prospects for advancement or their internal and external reputations for toughness.

Overall, I’m both sober and realistic about the challenges that remain to be overcome. But we have enough genuinely good examples of imaginative practice in all four of these areas to give me hope that we can build on the momentum that exists.

There are now many more organisations which recognise that good mental health among their employees is both an asset and a source of competitive advantage. Now we need to make it both normal and safe for the managers of employees with mental illness to support and signpost them towards the help they need and to allow themselves to respond with humanity and empathy without feeling that they are exhibiting weakness. Random acts of managerial kindness are allowed and are almost guaranteed to ensure that being at work with a mental illness is far less likely to be a lonely and isolating experience.

Professor Stephen Bevan became head of HR research development at the Institute for Employment Studies in April 2016. He is an Honorary Professor at Lancaster University. Previously, he was director of the Centre for Workforce Effectiveness at The Work Foundation, conducting research on high-performance work practices, employee reward strategy, staff engagement and retention and Good Work. Bevan is an advisor to a number of UK government departments and has advised employers and policymakers in Europe, Asia-Pacific, Australasia and North America. He has a special interest in workforce health and wellbeing, having led a number of national and international projects focusing on workforce health.
View all posts by Stephen Bevan →
Previous Article
Next Article