By Naomi Clarkson on 2 Jun 2016 in Health and safety, Case law, Whistleblowing 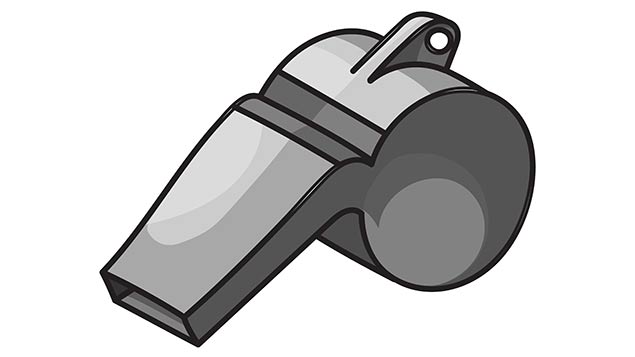 In Morgan v Royal Mencap Society, the Employment Appeal Tribunal (EAT) held that an employment tribunal was wrong to strike out a whistleblowing claim on the basis that an employee’s complaint about cramped working conditions was not “in the public interest”. Naomi Clarkson explains this recent employment case.

Whistleblowers are protected against dismissal and detriment on the basis of making a qualifying “protected disclosure”.

This case centres on the issue of the “public interest” provisions of the Public Interest Disclosure Act 1998, which were introduced into the legislation in June 2013.

The “public interest” test requires the worker to reasonably believe that their disclosure on one of the relevant matters is made in the public interest.

The purpose of these changes was to reverse the findings of previous case law that had extended whistleblowing protection to workers seeking to make disclosures in their own personal interest, effectively covering a breach of a whistleblower’s own contract of employment.

The reforms sparked controversy, with some workers’ organisations claiming that the public interest requirement placed too high a burden on workers and that they may be deterred from seeking the protection of the legislation.

This case is the latest in a number of recent decisions to consider the meaning of “in the public interest”.

Ms Morgan claimed that she had been subjected to detriments because of her public interest disclosures and complaints about health and safety.

The disclosures relied on were complaints that Ms Morgan had made to management about cramped working conditions.

She complained that the conditions were adversely affecting her injured knee and causing her discomfort.

The EAT concluded that the employment tribunal was wrong to strike out Ms Morgan’s whistleblowing complaint at a preliminary hearing because the employee had no prospects of successfully showing that she reasonably believed her complaint about her cramped working conditions was in the public interest.

The EAT decided that the public interest issue could be determined only after consideration of all of the evidence at a substantive hearing.

Despite the widely held belief that the “public interest” test would generally exclude claims relating to employees’ personal interests, both this case and previous decisions suggest that the opposite is true and that, in fact, the introduction of the test may have little impact.

These issues are fact sensitive. For example, in the Morgan case, the claimant stated that she believed that her disclosures were in the public interest because Mencap is a publicly financed charity and the public would be interested to know how it treats its employees.

Whistleblowing: Is the bar for the “public interest” test too low?

The decision demonstrates that more personal issues (ie regarding an individual employee’s contract of employment or working conditions) can still potentially meet the public interest test.

The outcome of this and previous cases has demonstrated that the courts are taking a fairly broad approach to the meaning of public interest, an approach which does not necessarily sit comfortably with the meaning anticipated by employers.

However, it is also clear each case will turn on its facts and that the interpretation of the “public interest” test will be one of degree based on those facts.

The “public interest” test is due to be heard by the Court of Appeal in the Chesterton case later this year. It is hoped that some clarity will be provided at that stage.

In the meantime, employers are reminded that it is the reasonable belief of the employee that matters, not whether or not the matter is actually in the public interest, and that a relatively small group of people may be found to constitute an interested public.

Currently, therefore, the bar for employees to assert that they have blown the whistle is set low.