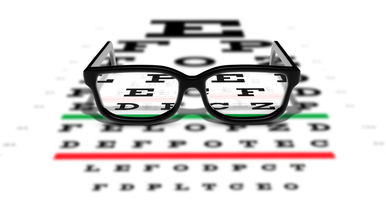 Drivers should be required to take compulsory eye checks every 10 years to assess whether or not they are still fit to drive, a leading insurer has recommended.

A poll of more than 2,000 people, of which more than 1,600 were drivers, by RSA found that almost one-fifth of the drivers admitted to having struggled to read road signs while driving.

Women were far more likely to admit to this than men, but drivers of both genders in London were most likely to struggle to read signs.

One-fifth of drivers had not had their eyes tested in the past two years, with more men than women having not done so.

Despite this, the research found that there was strong support for tougher legislation and control over eyesight and driving.

More than three-quarters of all of the drivers polled said that they would support legislation to increase provision for eyesight testing at the initial driving test and at licence renewal.

Three-quarters agreed or strongly agreed that drivers should routinely have their eyesight checked every two to three years.

The same proportion agreed or strongly agreed that an eye test should be mandatory when renewing a driving licence.

The UK number-plate test was found to be not “fit for purpose” as it was not a sensitive enough way of measuring whether or not a driver’s eyesight met the minimum standard laid down by law, said RSA.

In addition, it only tested one aspect of vision whereas other factors, such as visual field, also needed to be taken into account.

To this end, RSA is calling for:

Adrian Brown, RSA UK chief executive, said: “There have been many successful road safety campaigns over the years: drink-driving; the dangers of using a mobile phone; and using seat belts. People driving with poor eyesight are a neglected danger on our roads and it’s time that a similar campaign is mounted to highlight and address this. You wouldn’t own a car and not MOT it, so why not MOT your eyes?”