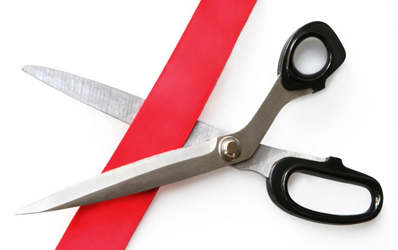 The Government has called on businesses to suggest ways to reduce regulation, as it turns the focus of its red tape review onto employment law.

For the next three weeks, the Government’s “Red Tape Challenge” will scrutinise 60 different cross-government employment-related Regulations. It has asked for businesses to suggest ways in which Regulations could be improved, simplified or even abolished, and has asked for specific focus on issues such as collective redundancies, employment agencies, immigration checks, the national minimum wage and statutory sick pay.

On the same day that the Government confirmed changes to two key pieces of employment regulation, it said the aim of the exercise is to establish whether or not other existing regulation is fit for purpose and easy for businesses to understand and also claimed it will ensure that the current standard of employment rights for employees is maintained.

Business minister David Willetts said: “Businesses regularly tell us that the burden of regulation is too high. So today we are giving them a chance to tell us exactly which rules they think need to be reformed. The Government is committed to growth and the Red Tape Challenge is one way to make sure that we are getting out of the way and letting businesses do what they do best – taking people on and boosting the economy.”

Employment relations minister Edward Davey said: “We often hear from businesses that employment-related regulation holds them back from growing their firms and employing more people. Whether it is the filling out of endless forms when you hire your first member of staff, the complexities of letting somebody go, or simply managing staff on a day-to-day basis, we want to review these Regulations with the aim of giving business more confidence in employing people and creating more jobs.

“We are determined to tackle unnecessary, burdensome red tape that harms job creation and means employers spend less time running their business. But this does not mean this will result in a watering down of employee rights. Today we are launching a real debate with employers and employees, to listen to their thoughts and act on what Regulations can be simplified, merged and abolished.”

Darren Newman, employment lawyer at In Company Training, said that the positive aspect of today’s news was the publication of the discussion document. He said: “One limitation of the Red Tape Challenge is that its focus is on Regulations rather than primary legislation – but that is not the area where most of our employment law is actually found. This leads to a bizarre list of Regulations dealing with ‘letting people go’ which does not include unfair dismissal law!

“I think the key development today is the publication of the wider discussion document. At first sight this seems quite woolly and vague – because frankly, it is – but the Government are clearly initiating a wide ranging debate that goes well beyond the Red Tape Challenge. The Government is asking a very open question – what should the ‘fundamental employment protections’ be? It is not clear that the answer is that they should be pretty much the same as the ones we have now.”

The Government has published a discussion document, which also includes information on how businesses can take part.