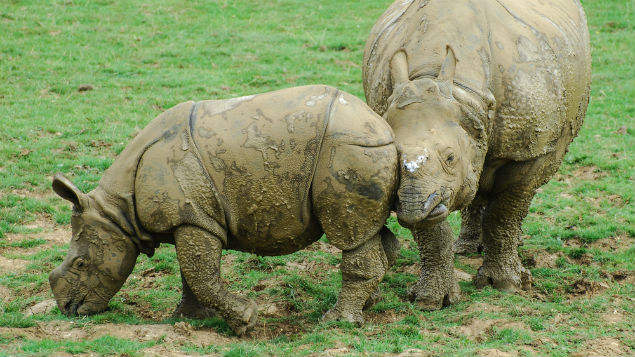 Employee wellbeing technology is increasingly being used to promote more healthy behaviour. In the third part of our in-depth guide Stephen Haynes looks at the evidence on how, and if, this works in practice. (See Part 1 and Part 2)

The evidence of the effectiveness of workplace health promotion, either in encouraging or sustaining health behaviours, is still limited – and this applies equally to wellbeing technology. This section explores some of the evidence behind wellness technology and how people’s behaviours can be influenced and how they change over time.

It is generally agreed that to be effective, behaviour change needs the right interventions to be made at the right time, despite limited study of such theories in workplace settings.

It is also argued that unless organisations create environments and cultures that enable health promotion activities and behaviour change, workplace health programmes overall will have limited impact.

The traditional approach to behaviour change has been to try to influence the way people think, typically through communications and incentives. However, there is increasing evidence that behaviour is significantly influenced by factors associated with our environments or situations (Dolan, P et, 2012).

The use of psychological theory in developing health promotion interventions has been shown to increase positive health behaviour changes. It is also generally agreed that in order to be effective, behaviour change needs the right interventions to be made at the right time, although there is limited study of such theories in workplace settings.

It is also argued that unless organisations create environments and cultures that enable health promotion activities, behaviour change and workplace health programmes overall will have limited impact.

The traditional approach to behaviour change has been to try to influence the way people think, typically through communications and incentives. However, there is increasing evidence that behaviour is significantly influenced by factors associated with our environments or situations (Dolan, P et al, 2012).

Nudge theory, for example, describes any aspect of the “choice architecture” that alters people’s behaviour in a way without limiting options or changing [financial] incentives  (Thaler RH, Sunstein C, 2008). While there is much logic in nudge theories in relation to worksite health promotion settings (for example, improving opportunities to choose healthier food options in canteens or vending machines), some argue that it is short-term focused with insufficient evidence to help people make sustainable improvements to behaviours.

Some behaviour change theory is being applied to workplace health technology. For example, Mercer’s Harmonise platform adopts elements of the Fogg Behaviour Model (Fogg BJ, 2009), which is based on the principle that three elements must converge at the same time (motivation, ability and trigger) for behaviour to occur.

Richard Wilson, Mercer’s consumer leader says: “It’s about engagement with the topics that matter and nudges that are relevant and personalised to the individual, not just once a year at benefit enrolment.”

Life insurance provider Vitality did a study of its own customers in partnership with a leading wearable technology provider to understand the effect its reward programme had on sustained use of a wearable device.

Comparing users and non-users of the original reward programme over an 18-month period, 50% of those who engaged with Vitality rewards were still actively using the wearable at the 120-month point, compared with only 20% of non-Vitality users.

Cowan et al (2013) found that 127 iPhone health apps were generally lacking in theoretical content, although about one in three used elements of the health belief model (based on the concept that people make decisions based on the expectations and values people place on the outcomes of those choices. ).

The study also found that paid for or higher priced apps typically addressed a broader activity spectrum and adopted greater behaviour theory. The study also highlighted that many app developers are not trained in the application of health behaviour theory, nor are they clinically qualified.

Dr Justin Varney at Public Health England says: “We don’t yet have evidence to demonstrate whether behaviour change theory for a tech based intervention is the same as a face to face intervention. Are interventions driven by algorithms or artificial intelligence (AI) as effective as a real person?”

However, no single behaviour change theory addresses the full scope of predictors to change, such as attitudes, beliefs and intentions (Biddle, SJ, Mutrie N, 2007; Michlie S et al, 2011; Darnton A, 2008).

Models are also criticised for assuming that social-psychological factors precede actual behaviour, which is not always the case. Behaviour change is complex and models of behaviour change theory can help understand behaviour, but they do not show what makes people behave in certain ways and they should not be considered exact representations of behaviour.

What is the goal of wellbeing technology?

Technology in workplace wellbeing is not the end solution, but merely a tool to help us achieve an end goal. Professor Cary Cooper, Professor of organizational psychology and health at Manchester Business School, says: “We have a lot of tech available to us now, but what organisations need to focus on is what are the problems and how do we solve them?”

Rob Briner, professor of organisational psychology at Queen Mary University of London,
believes that technology has a role to play in workplace health – but it needs to be focused.

“It could help you identify problems, but you need to be very clear on the ‘what and why’ you want to address,” says Briner. “You need to be prepared to respond and address what the data is going to show you. The more data we get, the more we think we think we’ve got the whole picture – but so often, we only look at our own data, often forgetting to consider external scientific evidence (eg randomised controlled trials or meta-analysis that are specific or close to our own industry).”

Briner feels that in many cases, the HR “tech tail” is wagging the HR “function dog”. His advice to employers would be: “Don’t focus on the tech, focus on the problem – Just having the technology isn’t going to be very useful – tech can sometimes overcomplicate things”.

There is also a risk that wellbeing tech in the workplace becomes another distraction, with research by Professor Gloria Mark of the University of California, Multitasking in the Digital Age, showing that that every time we interrupt our work, it takes an average of 23 minutes to refocus our attention.

However, Dereck Dziva, workplace performance manager at the Chartered Institute of Management Accountants (CIMA) says that technology has a role to play in giving staff greater control over their working day – and in helping to cut down on distractions.

Dziva cites apps like ‘OurPact’, which can control access to certain apps during particular times of the day.

How effective is the technology currently available?

The NHS provides a website (apps.beta.nhs.uk) which assesses accredited health apps and digital tools, labelling them either NHS Approved, for those where there is clinical evidence that supports clinical outcomes, or Being Tested in the NHS.

Developing wellness tech solutions for the workplace needs the right mix of skilled developers, clinical expertise, practitioners and the scientific evidence base.

Nancy Hey, director of the What Works Centre for Wellbeing says: “At the moment, we are seeing a number of apps which are either developed by medical practitioners, but not app developers; or vice versa. So you either get good clinically validated tools which are hard to navigate and use, or attractive tools which are based on limited evidence.”

Varney, at Public Health England, says: “We are seeing exponential growth in the app market, however very few of these apps are sticky, therefore their effectiveness is limited. Technology right now is akin to a fad diet – people take a little bit of learning from different apps, but they are not going to be the panacea. Most people try an app for a week or so, then never use it again.” He adds, “What is not clear is gamification – which may be more sticky and successful.”

Carson et al’s 2016 update to their review of sedentary behaviour in school children shows that most studies link excess screen time with poor health. However, a 2017 study by Chaput et al (2017) investigated the health benefits of gamification (specifically Pokemon GO which encourages users to search for Pokemon characters in real places, combining GPS with a step-counter), concluded that apps are not going away so we should “embrace, not boycott, their development”.

A 2016 study in the British Medical Journal (BMJ) on the impact of the Pokemon GO app on 1,182, 19-35 year-old participants showed that participants increased their weekly steps (albeit, only by around 1,000), but engagement with the app was short-lived (Howe K et al, 2016).

Workplace health managers must find ways of sustaining engagement – which is down to good programme management as much as having a fun piece of technology.

The evidence on the effectiveness of technology based mental health interventions is mixed, with large heterogeneity in studies.

Payne et al’s 2015 systematic review of the behavioural functionality of mobile apps in health interventions concluded that more studies are required, but there is early evidence that apps may be a feasible and acceptable means of administering health interventions.
In many cases, technology based interventions have been shown to be as effective as face-to-face ones.

For example, a review by Seymour and Grove in 2005 concluded that cognitive behavioural therapy was as effective whether delivered in person or electronically.

Evidence also suggests that self-help initiatives are more popular than personal support. A longitudinal study in 2012 of over 7,000 Australian women found that about 70% of people suffering with depression preferred self-prescribed self-management techniques as opposed to 31% who sought professional help (Adams J et al, 2012).

When considering the efficacy of self-help content, experts are keen to point out that 95% of self-help books and 99% of internet sites do not have any evidence to support their effectiveness (Payne HE et al, 2016).

Several studies have concluded that minimal email contact with counsellors made self-help programmes as effective as on-site counselling. Cuijpers et al in 2010 examined whether guided self-help was as effective as face-to-face psychotherapy for depression and anxiety disorders (Cuijpers P et al, 2010).

In 2011 Berger et a undertook a randomised controlled trial comparing guided with unguided internet-based treatment of depression. And in 2012 Fledderus et al studied the effectiveness of self-help programmes based on acceptance and commitment therapy (a form of cognitive behaviour therapy or clinical behaviour analysis using acceptance and mindfulness strategies with commitment and behaviour-change strategies).

Newman et al (2011), who reviewed technology-assisted self-help therapies for anxiety and depression found that overall, computerised interventions were both cost and clinically effective. However, they added: “There continues to be a pattern of lower compliance when technologies are used at home in conjunction with little or no human contact.”

There is a growing evidence base to support the use of e-assessments and e-interventions in workplace settings. A 2013 study evaluated the benefits of an e-mental health intervention across 128 nurses and allied health professionals in a hospital in the Netherlands (Ketelaar SM et al, 2014).

Seventy-five per cent of the respondents were identified as having impaired work functioning or impaired mental health, or a combination of both. While all participants received personalised feedback (automatically generated), only 20% logged into at least one of five self-help tools – but no one completed any of these interventions. Despite this, the study showed statistically significant improvements in work functioning, with small improvements to worker stress levels – which were still in evidence after six months.

This study highlights the importance of how online interventions are communicated and understanding employees’ drivers for using them.

Stephen Haynes is a workplace health specialist, and currently the programme lead for Mates in Mind, which provides the UK construction industry with a framework to improve mental health by raising awareness and addressing the stigma of poor mental health.