By Personnel Today on 26 Apr 2012 in Occupational Health, Wellbeing 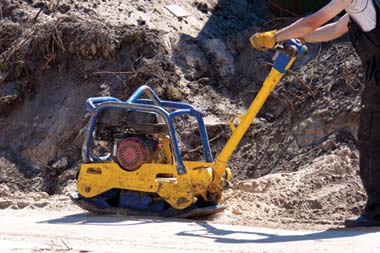 A Cornish occupational health firm has been fined and severely criticised after a court ruled that it allowed staff without proper qualifications to screen workers for hand-arm vibration syndrome (HAVS).

Audio Medical Services (AMS), of Liskeard, carried out tests for organisations across the UK, magistrates in Bodmin heard, following a prosecution being brought by the Health and Safety Executive (HSE).

AMS failed to refer employees to OH professionals when required and failed to provide employers with adequate information to enable them to prevent workers’ health deteriorating, the court also heard.

The company admitted failing to ensure that individuals were not exposed to health and safety risks and to putting people at potentially increased risk of permanent disability by managing their HAVS screening tests inappropriately.

Nick Nickson, AMS managing director, admitted health and safety offences and the company was fined £3,200 and ordered to pay costs of £5,000 by the court. Nickson was also fined £700.

The problem came to light following a company identifying problems with the health checks performed by AMS and contacting the HSE. An investigation identified that numerous employees at companies that were using AMS had not been suitably referred to an OH provider and therefore continued to be exposed to vibration at work.

In a statement made after the hearing, Georgina Speake, HSE inspector, said: “Companies using AMS thought they were doing the right thing by providing screening for their employees. AMS’s negligent behaviour meant a significant number of workers have been put at risk of worsening their conditions by continuing with their normal work practices when they should have stopped.”