By Sarah Silcox on 4 Feb 2016 in Research, Occupational Health 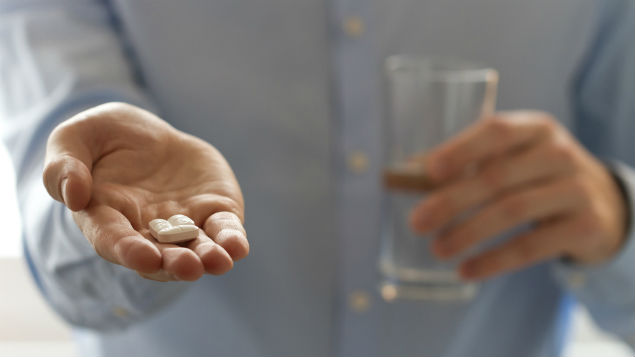 Workers who misuse prescription drugs are more likely to be absent from work, according to occupational health research

Workers who report misuse of prescription drugs are seven percentage points more likely to have had an absence from work in the previous month, according to this analysis of data for the period 2008- 12. This group also reported slightly higher total absence than employees not reporting prescription drug misuse. The authors of this study did not find evidence that results varied for those abusing pain relievers compared with other prescription drugs.

Evidence for the effectiveness of wellbeing at work programmes is beginning to stack up, particularly the impact that they can have on employees’ health behaviours. But how can we make these behaviour changes stick? This article provides an overview of the factors influencing employees’ adherence to workplace health interventions and outlines a series of strategies to boost worker participation in programmes and adherence to them.

In 2005, British Army recruiting policy was revised to allow applicants with a history of anterior cruciate ligament reconstruction (ACLR) to be accepted for an initial period of engagement. A study of 69 personnel who had undergone such surgery finds that the ACLR group were three times more likely to be medically discharged than those in a control group. In addition, 61% of the ACLR group also experienced complications linked to their previous surgery, prompting the study’s authors to conclude: “The current British Army policy on recruitment of those with a history of ACLR should be reviewed in terms of fitness for service and risk of foreseeable harm in these individuals.”

People undergoing medical treatment for a chronic disease (stroke, cancer, myocardial infarction and angina) are at greater risk of unemployment (odds ratio of 1.7) compared with the general population, according to a study of 2,588 individuals in an area of Japan affected by the 2011 tsunami. However, the association is only significant among those in the group who also have a higher degree of psychological distress and/or poorer levels of activity in their daily lives.

People working around magnetic resonance imaging (MRI) scanners report vertigo, which is found to increase with the strength of the magnets used in the machines. This suggests an association with exposure to static magnetic fields (SMF) and/or motion-induced, time-varying fields (TVMF). An analysis of 234 employees working a total of 358 shifts on MRI machines in the Netherlands confirms the association; vertigo was reported during 22 shifts by 20 participants and was significantly associated with peak and time-weighted average measures of SMF in addition to TVMF exposure.

A workplace intervention centred on communication and problem-solving skills for both the employee and their line manager cuts the number of days taken off work and results in fewer healthcare visits and better perceived health. A study of employees with back pain “indicates that screening combined with an active intervention to enhance skills is quite successful and likely cost-effective”.

Further evidence for the validity of the Patient Health Questionnaire-9 (PHQ-9) in screening employees for major depressive disorders is provided by this study of 170 employees off sick for between four and 26 weeks. The authors conclude that the PHQ-9 shows good sensitivity and specificity as a screener for major depressive disorders, vital if OH professionals are to recognise the condition in a timely manner.

Two main models are used to assess the impact of psychosocial work factors on cardiovascular health – the demand/control and the effort/reward imbalance (ERI) models. This study seeks to examine the effect of repeated job strain (high demand/low control) and ERI on blood pressure and hypertension incidence over a five-year period. It finds that men who were chronically exposed to an active job over five years had a higher cumulative incidence of hypertension compared with never exposed men. In women, being exposed to ERI was associated with increases in systolic ambulatory blood pressure.

Work Capability Assessments used to determine eligibility for state benefits are associated with an increase in suicides and other mental health problems, particularly in relatively deprived parts of the UK, according to a study.