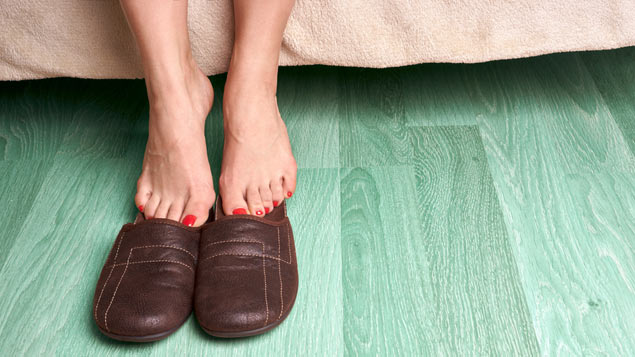 There is little clarity on whether employers should pay staff the national minimum wage for overnight shifts and decisions tend to be highly case specific. Chloe Ricciardi and Stephen Jefferson consider recent case law.

The question of whether employees should be paid the national minimum wage (NMW) for “sleep-ins” has caused difficulty in recent years.

A key issue is whether they are being paid simply to be there (the often-cited example is that of a night watchman) or whether they are merely on-call and only available for the purposes of working.

In the case of the former, a worker would be entitled to be paid the NMW for the whole time they are there, even if they are asleep throughout some of that time.

In the case of the latter, an on-call worker should be paid only for the time they are awake and actually working. The courts and tribunals have struggled to clearly differentiate between these two circumstances however, meaning there is a distinct lack of clarity in the case law in this area.

In this case, the EAT ruled that a live-in worker on call over night was only entitled to the NMW for the hours during which he was actually awake and working.

Why did he claim?

Shannon was employed as an on-call night care assistant at a residential care home for the elderly where he was provided with a flat on-site.

He was required to be in his flat from 10pm until 7am and was able to sleep during those hours.

However, he was also required to respond to any request for assistance by the night care worker on duty at the home, which in practice happened very rarely.

In return, Shannon was provided with free accommodation together with payment of £50 per week, rising eventually to £90 per week. This payment amounted to considerably less than the NMW.

Shannon brought a claim for £239,490: this being the NMW since the legislation came into force (as varied over time), applied to his full nightly on-call hours.

Within the previous cases in this area, there have been some general themes that the employment tribunals have looked to so that they can distinguish whether a worker is working by merely being present or whether a worker is only on-call and available for working.

In Whittlestone v BJP Home Support Limited, one of the key authorities in the area, emphasis was placed on the fact the claimants would have been disciplined if they were not present at the premises throughout the shift. The EAT commented that the employee “could not, for instance, slip out for a late night movie or for fish and chips”.

Additionally in Wray v JW Lees and Co (Brewers) Ltd, a pub manager could not be said to be working overnight because she was free to come and go as she pleased, provided that she slept on site as a minimum security measure.

If there is a statutory requirement that the employee is required to be on the premises (for health and safety reasons, for example) this will also serve as “a powerful indicator” that an employee is being paid simply for being there. This was the conclusion in the case of Esparon v Slavikovska.

In the case of Vasquez-Guirado v Wigmore, the claimant had a room in the hotel but could not treat it as her “home”, for example she could not have her cats there. She also was not free to leave and could be interrupted at any moment. She was held to be working throughout the whole of her night shifts.

After reviewing the various authorities, the EAT found that Shannon was not working throughout each night shift and was only entitled to receive the NMW for times when he was awake for the purposes of working.

The EAT were clearly influenced by the fact that he lived on site and that his home, the flat, was his place of work where he was entitled to spend the entire shift.

Additionally, the EAT attached weight to the fact that Shannon’s presence throughout the night shift was not necessary in order for the home to comply with a statutory obligation, there was another night-worker on duty.

This is a complicated area that is particularly fact specific and professional advice should always be sought in individual circumstances.

How employers should respond

Employers in the care sector that are reliant on public-sector contracts already face ever-tightening budgets and the prospect of paying their sleep-in workers throughout the entire “sleep-in” may leave some in financial difficulties.

With the continued lack of clarity in the law and frequent difficulty in distinguishing when a worker is being paid simply to be there and when a worker is merely available for the purposes of working, it is highly likely this area will be further litigated on.

After all, for some care-sector employers this distinction may well determine whether or not their businesses are altogether financially viable.

About Chloe Ricciardi and Stephen Jefferson