By Sarah Silcox on 2 Feb 2017 in Research, Occupational Health 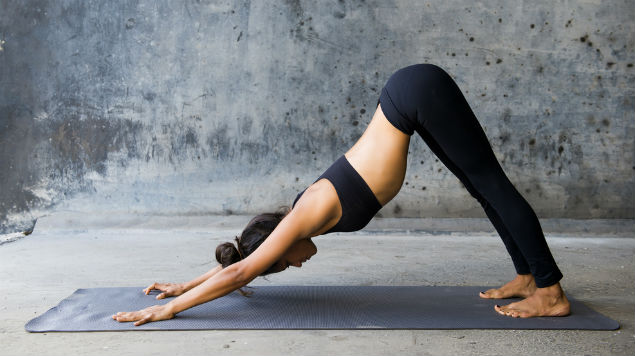 This month’s round-up of occupational health research topics includes papers on the relative effectiveness of yoga compared with cognitive behavioural therapy and screening for burn-out.

A stress management intervention based on yoga benefits mental health “above and beyond” more established cognitive behavioural therapy (CBT) programmes, according to this study of healthcare staff. It finds that a group of healthcare professionals taking part in an eight-week yoga course increased their levels of physical activity and overall mental health more than those on a CBT programme. However, both groups also experienced a range of other mental and physical wellbeing benefits, including greater fruit and vegetable intake and lower alcohol consumption.

Screening for work ability and burnout

Assessing both work ability and burnout is the best way of predicting the likelihood that an employee will take time off due to work-related ill health, according to this study of university staff. Exceptional levels of absence were most consistently predicted by employees’ own prognosis of work ability in two years’ time, their assessment of “mental resources/vitality” and “emotional exhaustion”. Other significant predictors of high absence frequency included individuals’ estimates of work impairment due to diseases (work ability) and feelings of de-personalisation or emotional distance from the work (burnout). The authors conclude that “measures to prevent absenteeism and health problems may be best aimed at improving an individual’s work ability and/or preventing the occurrence of burnout”.

Occupational exposure to lead can promote atherosclerosis, particularly in highly exposed employees, according to this cross-sectional study of 231 men working for at least two years in jobs where they were exposed to lead. It finds that lead in the blood correlated with new risk factors for a range of cardiovascular disease developments.

Construction workers continue to face a higher risk of work-related musculoskeletal disorders (MSDs), according to this study of US workers from 1992-2014. Although the number of MSDs dropped in the sector, in line with overall injury trends, the rate remained higher at the end of the period than in all other industries combined. The median duration of absence from work in the sector due to MSDs increased from eight days in 1992 to 13 days in 2014, and the proportion of construction workers aged 55-64 reporting an MSD almost doubled over that period. The major cause was overexertion, with back injuries accounting for more than 40% of the total MSD injury toll, the research finds.

There is a clear exposure-response relationship between fruit fly exposure and sensitisation among laboratory workers using the species in genetic research. A cross-sectional study finds that 6% of lab workers are sensitised with a clear relationship to increasing frequency and/or intensity of exposure. The authors recommend that employers with facilities housing fruit flies should carefully consider methods to reduce exposure levels.

Staff with high levels of resilience fare better in difficult work environments than less resilient colleagues, according to this survey of 2,063 individuals. The study uses multivariate and logistic regression to examine the main effects and interactions of resilience and job characteristics, concluding that resilience has a protective effect on all outcomes. In particular, resilience has a more protective effect against depression, absence and poor productivity when job strain is high.

Working beyond pension age and health

The potential health benefits of working beyond state pension age (SPA) depend in part on a retiree’s socioeconomic status, this longitudinal study suggests. About a quarter of women and 15% of men in the sample were in paid work beyond SPA. Those in paid work were more likely to report better health (lower reported depression, better sleep and good somatic health) than those not working. However, these health benefits disappeared once baseline socioeconomic factors were taken into account, prompting the authors to conclude that “those who report good health and are more socioeconomically advantaged are more likely to be working beyond SPA to begin with”.

Active commuting, such as travel­ling to work by foot or bicycle, has health, economic and environmental benefits, but participation is low, this study of US workers concludes. Less than 1% of the 111,808 workers in the research travelled to work by bike and only 2.76% walked. Younger people, those living in an urban environment and those with lower incomes were more likely to have an active commute, while men were more likely than women to cycle, but less likely to walk to work. Patterns of commuting by race were “inconsistent”, the study finds, although white workers had greater odds of commuting by bike. The likelihood of cycling or walking to work also increased for those with a flexible working schedule, the option to work from home and a shorter commute.