Theresa May promises more help for employees with mental illness 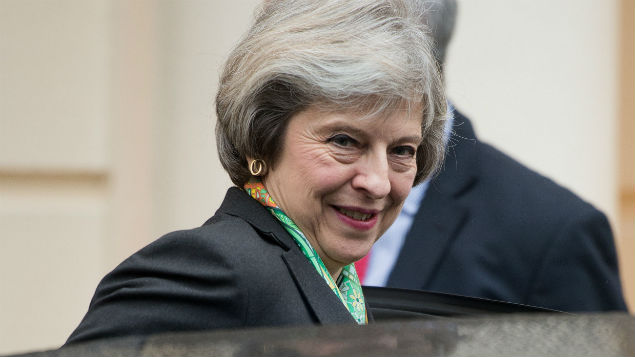 Prime MInister Theresa May arrives at the Royal Society in January to deliver a speech on mental health. REX/Shutterstock

Employers will be given additional help in supporting staff who need to take time off for mental illness, the Government has said.

Prime Minister Theresa May announced in January that the Government would do more to help schools and employers deal with the “hidden injustice” of mental illness.

She said: “We all know someone – a family member, friend or colleague – who is directly affected by mental health problems. But while people talk about ‘parity of esteem’ – and it was a Conservative-led Government that legislated for it – there is no escaping the fact that people with mental health problems are still not treated the same as if they have a physical ailment. Or the fact that all of us – Government, employers, schools, charities – need to do more to support all of our mental wellbeing.”

To that end, May has asked mental health campaigner Lord Stevenson and Paul Farmer, chief executive of the charity Mind, to carry out a review on improving mental health support in the workplace.

partnership with industry, and make prevention and breaking the stigma top priorities for employers”, she said.

The Government will also review employment discrimination laws for employees with mental health problems “to ensure they are properly supported”, May added.

Online services to allow symptom checks before getting a face-to-face appointment will also be expanded with a £67.7 million investment.

Other measures include every secondary school being offered mental health first-aid training, as well as trials to strengthen the links between schools and NHS specialist staff.