By Sarah Silcox on 3 May 2016 in Respiratory, Research, Occupational Health 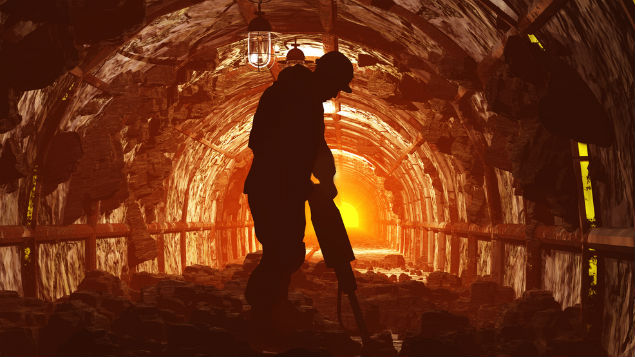 Lower worker mortality in recent decades is due to fewer men working in more hazardous jobs, including mining.

This month’s round-up of occupational health research includes papers on the causes of a decline in worker mortality since the late 1970s, and the higher likelihood of women police officers being bullied than their male counterparts. Sarah Silcox reports.

Excess deaths attributable to most workplace hazards fell “substantially” in the 30 years to 2010 in the UK, according to an analysis of the death certificates and occupations of 3.17 million men.
For example, the annual excess of deaths from chronic bronchitis and emphysema fell from 170.7 during 1979 to 1990 to 36 from 2001 to 2010. Excess deaths from injuries and poisoning fell from 237 to 87.5. The authors suggest these improvements reflect safer working practices, but also a decline in the number of men employed in more hazardous jobs, including mining. Notable exceptions to the general improvement were diseases caused by asbestos, especially in some construction trades, and sinonasal cancer in woodworkers.

In practice: the highest priority for future preventative work is the minority of occupational diseases for which excess mortality remains static or is increasing, including cancers in woodworking and asbestos-related disease, the authors conclude.

More than two-thirds of female police staff report that bullying is a problem at work and almost three-quarters are not confident that their employer would deal fairly with any complaints of bullying, according to a Unison survey of 1,000 members in the police. Women police staff, including 999 call handlers and fingerprint experts, are more likely to be bullied than male staff; 58% of female staff said they had been bullied compared with 45% of male staff. Humiliation, being belittled or embarrassed, is identified as the main form of bullying, followed by excessive criticism, being excluded or victimised, and excessive monitoring of work. Both male and female police staff believe that poor management is the most common cause of bullying, closely followed by workplace culture and staff cuts.

In practice: Dave Prentis, Unison general secretary, said: “Bullying is specifically prohibited by the police’s own code of ethics. Top police officers ought to be taking the issue much more seriously than appears to be the case.”

Buying shares in an employer’s business as part of an employee share ownership scheme does not inevitably mean that employees feel a sense of psychological ownership, according to this study of UK schemes. Employees who buy shares, hold share options or exercise these options in a share ownership scheme at work do not feel that any of these stages of employee ownership have any noticeable effect on their feelings of psychological ownership of the organisation for which they work.

Divorce is associated with a significantly higher cumulative probability that a woman will develop a work-limiting disability, according to a study of divorced women in the US over a 20-year period. The association is strongest among divorced women who do not remarry. Economic hardship and work history have an influence, but do not substantially alter, the lasting impact of divorce on work-limiting ill health.

Four elements are needed to initiate a “breakthrough change” in occupational health and safety (OHS) performance in an organisation, according to a Canadian study. These include external influences (for example, enforcement action by a government agency), an organisational motivation to improve OHS, new OHS knowledge, and a knowledge transformation leader, or champion. Five other elements are needed to move the process of improvement forward: responsiveness to OHS concerns in the organisation; positive social dynamics; a pattern of continuous improvement; simultaneous operational improvement; and a supportive internal context. The outcomes of this kind of breakthrough change in OHS performance include decreased risk, decreased injury and illness, and integrated OHS knowledge.

In practice: Dr Lynda Robson, the project leader, said: “This champion, or ‘knowledge transformation leader’, appears to be a key figure in the initiation of breakthrough change. Whether it was a newly hired OHS practitioner, someone already in the workplace given new responsibilities for OHS, or even the new owner, this person tended to have strong people and organisational skills, with an ability to work easily with, and get the support of, workers, supervisors and managers.”

Supporting people to return to work after sick leave due to neck pain is particularly challenging. Neck pain is difficult to assess, problematic to rehabilitate and hard to cure, and it is not always easy to determine whether or not the pain is work related. The success, or otherwise, of rehabilitation in these cases is dependent on individual approaches, employees’ defensive or offensive behaviours, and choices related to their self-efficacy. The study of 207 Swedish women with a history of long-term sick leave due to neck pain finds that periods of sick leave are often interwoven with periods of work, and some of the women were struggling with this process. 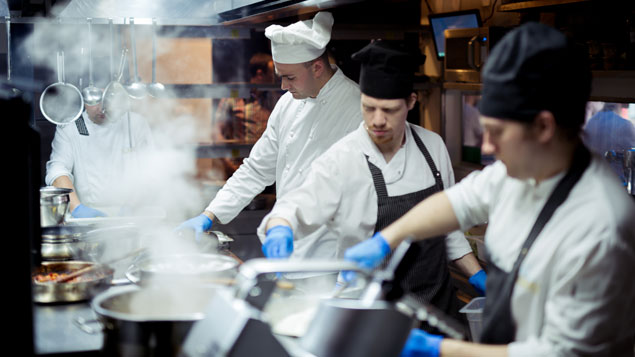 Predicting occupational allergy in apprentices
Hairdressing and culinary apprentices are usually exposed to the same workplace agents, such as inhalant...