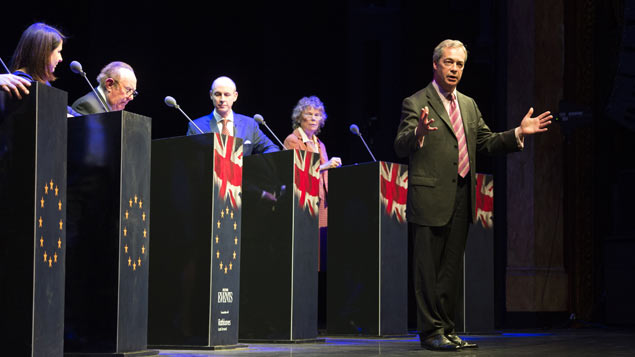 As part of our series of articles looking at the impact of a potential Brexit on employers and their legal obligations, Dan Peyton looks at what might happen to TUPE legislation.

As we await the outcome of the Brexit vote on 23 June, there will be much crystal ball gazing about the possible effects of a vote to leave, particularly among employment lawyers.

This is because much of our domestic employment legislation is driven by the EU, and so it seems to be one of the areas naturally suited to post-Brexit reform in the event that there is a vote to leave.

Since its 1981 inception, The Transfer of Undertakings (Protection of Employment) Regulations 2006 (TUPE) has been a bugbear for both advisers and their clients.

TUPE represents the UK implementation of the Acquired Rights Directive 2001/23 EC. It transfers employees’ rights connected to their contracts of employment (including their statutory rights and the employer’s liabilities) when there has been a transfer of undertakings or a service provision change. As such, it is a statutory intervention designed to protect employee rights.

There are aspects of TUPE that can cause consternation, particularly among non-EU based businesses that are not accustomed to the restrictions it imposes on what can be done in respect of transferring employees and the formalities required of the parties to a transfer.

Among these issues are: the scope of TUPE and the wide variety of transactions it captures; the effects of the automatic transfer on transferring employment rights and liabilities; limitations on the right to dismiss transferring employees before or after the transfer; restrictions on the right to change contracts; and the obligations to engage in collective information and consultation with affected employees.

So, following a vote to leave the EU, TUPE might seem like an obvious candidate for repeal or reform. It is relatively simple in design but can be highly complex in its application, mainly because of the way that the Court of Justice of the European Union (CJEU) and the other UK courts have dealt with attempts to circumvent it.

The result is that TUPE may apply in circumstances that are not obvious or intuitive (for example, the loss of a client from one professional services firm to another, or a change of leaseholder).

Although possible, a wholesale repeal of TUPE is unlikely as it has been part of the legal landscape for over three decades. Further, the rationale for its existence is employee protection, and it would be a bold government that eliminated the rights of employees on the transfer of an undertaking, especially since special provision is already made under TUPE for the transfer of distressed businesses.

It is possible, however, that modifications could be made to TUPE in an attempt to eliminate or ameliorate some of its uncommercial aspects.

For example, the service provision change Regulations could be repealed. However, these provisions were domestic creations in any event and when this was mooted during the consulting prior to the 2006 changes to TUPE, it appears that a significant number of businesses were not in favour of such a repeal because it would have led to legal uncertainty.

The potential political difficulties in repealing TUPE as a whole may also apply to the repeal of the unfair dismissal provisions, or the automatic transfer provisions.

More susceptible to change could be a loosening of the formality surrounding the information and consultation obligations, for example by dispensing with the need for collective consultation, or to limit the obligation to larger businesses.

An extension of the right of the transferee to make changes to the contractual terms of the transferring employees, for example to harmonise terms and conditions, may also be a likely target.

This seems to be the most likely approach in a post-Brexit environment, seeking to balance the needs of businesses with a well-established regime of employee protection.

A further issue that might affect the application of TUPE is the approach that employment tribunals and courts would take when interpreting and applying TUPE, whether or not the Regulations themselves remain unchanged.

It would no longer be a requirement for our domestic tribunals and courts to apply CJEU decisions when interpreting and applying TUPE. Therefore, there is a possibility that domestic law will begin to diverge from that of the rest of the EU. However, it seems likely that such a change in interpretation and application would represent a gradual, rather than overnight, process.

Even without being required to follow EU case law and the wording of the Directive, the fact remains that the legislative purpose behind TUPE is what it has always been, namely, the protection of employees’ rights where there is a transfer of an undertaking and this is likely to inhibit dramatic change.

Therefore, while it is impossible to predict with certainty what effect Brexit would have on TUPE, it seems more likely than not that change would be limited (although potentially of some importance) and gradual.