By Sarah Silcox on 3 Oct 2016 in Respiratory, Research, Occupational Health 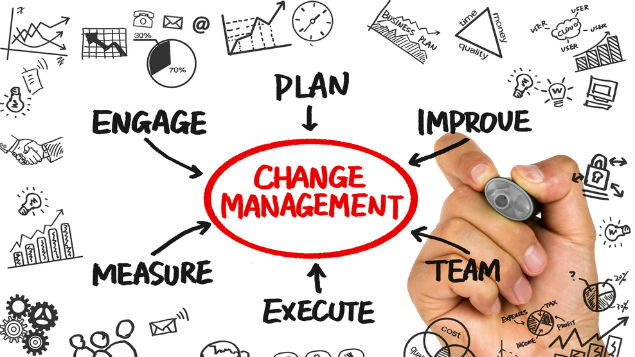 This month’s round-up of occupational health research includes studies on the use of formal change management models in wellbeing initiatives, and the links between shift work and disease.

According to a study of 31 representatives involved in organisations with an initiative, organisations do not use a formal change management model when implementing healthy workplace initiatives, although do apply some of the steps typically associated with such a process. Interviewees felt that communicating and developing a vision for a wellbeing programme, together with creating a guiding coalition within the organisation, were integral parts of the process. However, they were less convinced about the need to create a sense of urgency or consolidate change, the researchers found.

A second study explores whether or not adding more components to a workplace wellness programme is associated with better outcomes for employees, concluding that a “more of everything” approach does not appear to be advisable. Instead, programmes should focus on providing ample opportunities for employees to participate and on initiatives with a results focus, the study concludes.

Employees are more susceptible to infection at certain times of the day because the body clock affects the ability of viruses to spread between cells, according to research from the Institute of Metabolic Science, University of Cambridge. This may help explain why shift workers, whose body clocks are routinely disrupted, are more prone to health problems, the researchers suggest. “The time of day of infection can have a major influence on how susceptible we are to the disease, or at least on the viral replication, meaning that infection at the wrong time of day could cause a much more severe acute infection”, explains Professor Akhilesh Reddy, the study’s senior author. “This is consistent with recent studies which have shown the time of day that an influenza vaccine is administered can influence how effectively it works.”

Survivors of intimate partner violence (IPV) are more than twice as likely to tell colleagues than to disclose to a line manager, supervisor or HR professional, according to this study of more than 500 employees at a large company. Nearly 20% of survivors in the research experienced an unhelpful workplace response. Those stating that their workplace had responded positively cited factors such as receiving accommodations at work, and access to resources and information.

In practice: employers should provide IPV information, training and support to all employees, in addition to clear policies and protocols. The organisation should also promote a culture that supports survivors of IPV and provide workers with easy access to resources and employee wellbeing programmes, the authors suggest.

Routine sickness absence data collected by GPs underestimated the duration of patients’ absence from work by 61%, according to this analy­sis of data submitted as part of the Health and Occupation Research Network in General Practice. A much larger proportion of episodes of mental health-related absence developed into long-term absence than did those due to musculoskeletal disorders – 60% and 32%, respectively. In more than half of all reported cases, the return to work took longer than initially predicted by the employee’s GP. The authors conclude that “GPs’ ability to predict the length of time a patient will be away from work is important to enable treatment and rehabilitation planning in order to decrease the likelihood of a patient falling into long-term sickness absence”.

Chronic exposure to bioaerosols in composting plants is related to a significantly higher risk for cough with phlegm, indicating chronic bronchitis, according to this German study. However, compost workers showed no higher incidence of deterioration of pulmonary function over the 13-year period of the study.

A new pooled study of Australians and Canadians finds no evidence that sedentary work is associated with a raised breast cancer risk. The pooled analysis includes 1,762 breast cancer cases and 2,532 controls, all of whom completed a lifetime occupational history and self-rated occupational physical activity level questionnaires. A job-exposure matrix was also applied to the participants’ job titles to assess sedentary work.

Only 53% of workers eligible for a health surveillance programme participated and not all were offered the same components, according to this study of Dutch meat processing workers. In addition, not all of the components in the programme were performed according to the scheme’s protocol. Factors acting as barriers to participation by employees were the programme’s perceived novelty and delayed follow-up. Management support was cited as a factor encouraging people to participate in the health surveillance, the study finds.

Emotional demands at work and depression