By Jo Faragher on 3 Oct 2016 in Brexit, Employment law 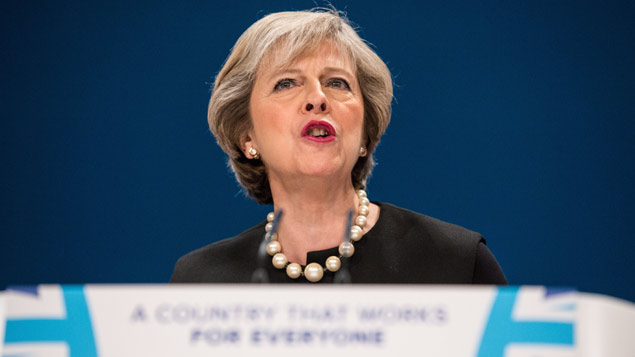 Prime Minister Theresa May will invoke Article 50 by March next year/Photo: James Gourley/REX/Shutterstock

The Government has announced that it will repeal the 1972 European Communities Act (ECA) – the key piece of legislation that gives direct effect to all European Union law in the UK.

Brexit minister David Davis announced at the Conservative Party conference this weekend that the introduction of a new Bill – known as the Great Repeal Bill – would mean that EU law ceases to apply from the day that the UK officially leaves the union.

Davis said that this would allow the UK to take back control of its laws and secure rights for workers and businesses upon leaving the EU, once Article 50, which triggers the formal, two-year process for leaving the EU, has been invoked.

Prime Minister Theresa May indicated this weekend that Article 50 would be triggered by the end of March 2017, meaning the UK would be on course to have left the EU by 2019.

The Great Repeal Bill will include powers for ministers to make some changes through secondary legislation while the Brexit negotiations take place.

“It’s very simple. At the moment we leave, Britain must be back in control. And that means EU law must cease to apply.

“To ensure continuity, we will take a simple approach. EU law will be transposed into domestic law, wherever practical, on exit day.

“It will be for elected politicians here to make the changes to reflect the outcome of our negotiation and our exit.

“That is what people voted for: power and authority residing once again with the sovereign institutions of our own country.”

The new Bill will convert existing EU law into domestic law, while allowing Parliament to amend, repeal or improve legislation “after appropriate scrutiny and debate”, the Government said. It will be introduced in the next Queen’s Speech.

We’re going to see workers’ rights not eroded, and not just protected, but enhanced under this Government” – Theresa May

In her speech yesterday, May said: “Our laws will be made not in Brussels but in Westminster. The judges interpreting those laws will sit not in Luxembourg but in courts in this country. The authority of EU law in Britain will end.”

She added: “Existing workers’ legal rights will continue to be guaranteed in law – and they will be guaranteed as long as I am Prime Minister.

“We’re going to see workers’ rights not eroded, and not just protected, but enhanced under this Government.”

In the meantime, industry body the CBI has asked for more clarity on what the Government’s post-Brexit stance will be on access to skills and freedom of movement.

It said there was an “urgent need for answers” on whether or not the UK would still have access to the single market and how this would impact business regulations.

Director general Carolyn Fairbairn said: “With a rapid timetable pointing to an exit from the EU in spring 2019, businesses need to know the Government’s ambition on the fundamental issues of skills and barrier-free access to EU markets as soon as possible.

“With the Great Repeal Bill we now know that on the day the UK leaves the EU, the rules businesses must follow will be broadly the same as they are today.

“But businesses cannot continue to operate in the dark in other areas. The decisions they face today are real and pressing.”

TUC general secretary Frances O’Grady said: “The Prime Minister must follow her words on improving workers‘ rights with action. Britain’s job market has proved to be a magnet for the wrong kind of bosses.

“There must be tougher rules to stop them using zero hours contracts to keep the whip hand over workers, and to undercut decent employers. And the hefty employment tribunal fees that are pricing hardworking people out of justice must be scrapped.”