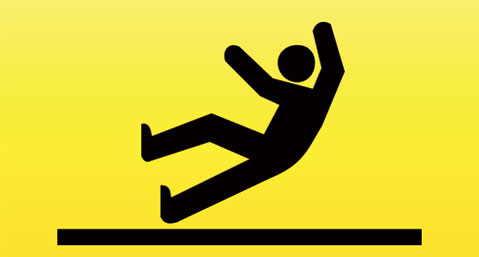 Investing in occupational health “pays off”

Spending on OH is an investment that “pays off”, according to employers interviewed for a ­European study of the return on preventive workplace health. The return on prevention is estimated to be 2.2:1 – that is, a benefit of £2.20 achieved for every £1 invested in preventive employee health. OH achieves its strongest effect in terms of reduced hazards at work, ­improved awareness among ­employees, lower breaches and ­accidents, better corporate image and workplace health culture. Three-quarters of European ­employers believe that investing more in OH will cut costs over the long term, or, at worst, that they remain static, the study suggests.

European Network for Workplace Health Promotion (2013). Calculating the international return on prevention for companies: costs and benefits of investments in occupational safety and health.

Providing teachers with a vocal amplifier is an effective and low-cost intervention to cut potentially damaging vocal loads, according to a study of primary school teachers. Teachers, including a number with weak voices or who are prone to vocal problems, used a portable amplifier for three months and found it useful in cutting vocal ­fatigue symptoms compared with a control group. In practice, the study authors suggest that good primary prevention of voice disorders should be based on the amelioration of classroom acoustics, care programmes for those using their voice as part of their profession and ­amplification systems.

The Health and Safety Executive (HSE) indicator tool that many employers use to measure their performance in managing the six primary sources of stress are “psychometrically sound”, according to an analysis of 13 studies. The indicator tool is used by employers to measure work-related stress across different occupational groups, but the authors suggest that more research is needed to explore its use in the design of specific interventions to tackle stress, and its use with different cultural and gender groups.

Work emails at home add to distress and conflict

The sending and receiving of work-related communications outside regular work hours is associated with higher levels of work-to-family conflict, distress and sleep problems, according to an analysis of Canadian work and health data. This association is weakest when employees have more job autonomy and control over working time and strongest among those with the highest pressure at work.

An NHS OH service estimates it could achieve cost savings of more than £105,000 per year by changing its immunisation policy so that all healthcare workers are offered an MMR immunisation without first being required to submit to serological testing or provide evidence – which is often lacking – of previous immunisation. More than 7,000 individuals attended the OH service in Sheffield for pre-placement screening. Of these, 52% had no evidence of prior MMR vaccination.

Weak grip is not a good predictor of MSDs

Grip strength is often tested during post-offer pre-placement screening for workers about to start hand-intensive jobs as a way of identifying whether or not they might be at risk of developing upper extremity musculoskeletal disorders (MSDs). However, a study suggested that these physical hand strength tests are not useful in predicting the ­development of MSDs and other health outcomes such as work disability. The existence of a history of MSDs and previous work type were found to be more useful predictors.

Exposure to dust at work is ­associated with an increased yearly decline in lung function, according to this study of Norwegian workers in the silicon carbide industry. The 456 workers in the study were ­examined annually for up to five years using spirometry and a self-report questionnaire covering respiratory symptoms, smoking, job status and history. The overall ­annual decline in lung function was highest among current smokers in the group with the highest exposure to dust.

A Nottinghamshire property developer, James Roger Carlton, who pleaded guilty to exposing ­employees to asbestos, was given an eight-month suspended prison sentence and ordered to pay fines and costs totalling £100,000. The Health and Safety Executive (HSE) visited the developer’s site, giving him ­advice on what he needed to do to comply with legislation on the ­removal of asbestos. A complaint was subsequently received by the HSE that asbestos was not being removed properly and, when ­inspectors revisited, they found building rubble containing asbestos that had not been properly disposed of. A third unannounced visit ­revealed workers putting asbestos insulation boards into a skip and dry sweeping the dust, which ­resulted in large clouds contaminating the site.