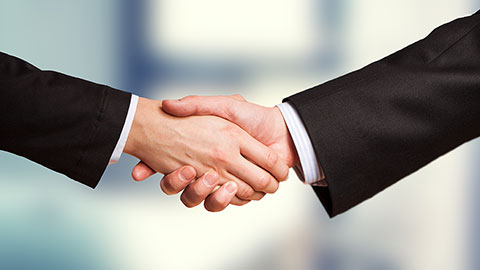 Employers keen to bring the employment of potentially problematic employees to a quick close will have been heartened by the introduction of pre-termination negotiations on 29 July 2013. These are designed to provide a safe route to open discussions for a settlement agreement to bring the employment relationship to an end, without this leading to an unfair dismissal claim.

What are the practical implications of the new measure?

Pre-termination negotiations lend employers the freedom to discuss an employee’s departure without having to go through lengthy disciplinary or capability procedures. However, they are not without pitfalls, and it is necessary to be aware of their limitations. With this in mind, we thought it would be useful to run through some dos and don’ts.

What is “improper behaviour”?

Guidance on what constitutes “improper behaviour” can be found in the Acas code. The code provides some examples, but stresses that these are not exhaustive. The examples are as follows:

Three examples of “putting undue pressure on a party” are given in the Acas code. The first is not giving reasonable time for the employee to consider the proposed settlement agreement. The second is an employer essentially threatening the employee by saying, before any form of disciplinary process has begun, that the employee will be dismissed if the settlement proposal is rejected. Finally, the code gives the example of an employee threatening to undermine an organisation’s public reputation if the organisation does not sign the agreement.

What are the exceptions?

It is also worth noting that claims made on grounds other than unfair dismissal will not be covered. This means that pre-termination negotiations will be admissible where any subsequent claims are made for, for example, discrimination, harassment, victimisation, breach of contract or wrongful dismissal.

Finally, if any “improper behaviour” has occurred, then anything said or done in pre-termination negotiations will be inadmissible as evidence in tribunal claims only to the extent that the tribunal considers it “just”.

Employment tribunals have a wide discretion to decide what constitutes “improper behaviour” and to what extent any negotiations tainted by such behaviour will be admissible in tribunal proceedings. It remains to be seen how this discretion will be exercised.

While pre-termination negotiations may be an attractive tool for employers, they do have limitations. It is clear from the Acas code that the negotiations must be free from “improper behaviour” and there is a risk that behaviour during the course of the discussions could itself form the basis of a claim.

For instance, talking to an employee about retirement might involve the potential for the employee to bring an age discrimination claim. Similarly, a conversation with a woman currently on maternity leave suggesting that she should not return to work would potentially be discriminatory on grounds of sex.

Where there is an existing employment dispute, employers will still be able to rely on the “without prejudice” rule to keep settlement discussions confidential. However, where there are straightforward dismissal situations – for example, cases of poor performance or persistent misconduct where no dispute yet exists – it may be simpler and quicker for employers to rely on pre-termination negotiations to manage employees out.