One worker in four has no access to occupational health services

By Personnel Today on 6 Sep 2013 in Occupational Health 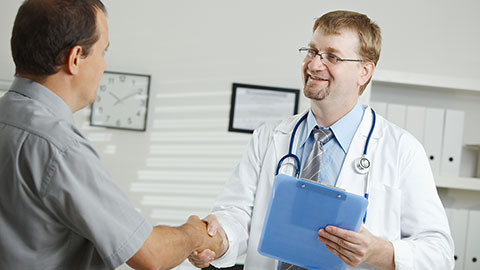 More than a quarter of British workers say their employer provides no occupational health services, with women more likely to lose out than men.

The research was part of a YouGov poll for the consultancy Croner and it found that 31% of workers surveyed said their ­employer did not provide OH services, such as health information, counselling, wellbeing programmes or health checks.

But even where such services were available, they were not always comprehensive.

When asked if their employer was proactive in preventing ill health, 47% of employed people agreed, against 31% who disagreed. However, more than one in five either did not know or preferred not to answer.

The research also revealed a significant gender gap in access to OH services. More than one-third of women said their employers did not offer any OH services at all, compared with 28% of men.

Those at either end of the age spectrum (18-24 and 55+) were more likely to be in jobs lacking OH services (46% and 37% respectively) than those in the other age bands.

Of those who were able to access OH services, around one in three said that information (36%) or counselling (32%) was available. Wellbeing programmes were the next most widespread service (22%), followed by general health checks, such as blood pressure and flu jabs at 21%.

More specific health surveillance targeted at particular OH hazards – including hearing/lung function tests – were the least common provision, with only 13% of workers saying that they benefit from this type of testing.

Stephen Thomas, safety technical consultant at Croner, said: “Occupational health services are a great vehicle for employers to demonstrate commitment to their employees’ wellbeing. This research demonstrates that the distribution of these kinds of services is uneven at best, with significant variance between gender and age.

“While specific health surveillance such as hearing or lung function testing is more relevant in certain industries, universal services such as counselling and wellbeing health checks can make a huge difference not just to employees’ physical and mental health, but also to the morale of the whole workforce.”

The research also examined a number of other related areas. For example, part-time workers were more likely to lose out when it came to access to OH.

While almost one-third of employed people overall said their employer did not offer any such support, one in four of those employed full time agreed with this statement, compared with 42% of those working part time.

The survey found that most people severely underestimate the true ­impact of work-related illness in Britain. Only a small proportion (7%) of the public were aware that 12,000 or more workers die each year from health conditions con-tracted at work, although a ­majority did recognise stress was the work-related ill health issue that has the most new cases each year.