Sky engineer dismissed for safety issue was discriminated against 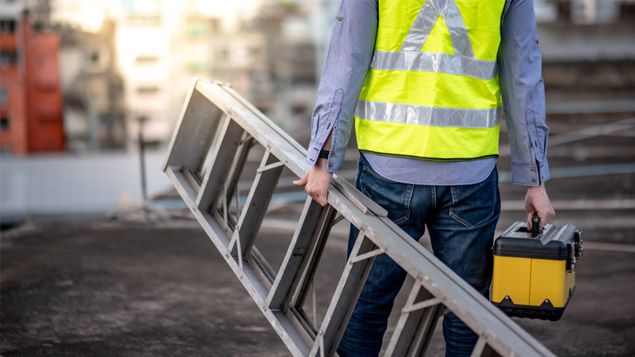 A Sky engineer who breached health and safety rules while experiencing a mental health condition was discriminated against and unfairly dismissed, an employment tribunal has ruled.

It found the decision to dismiss Mr Plowright had been “tainted by discrimination” and was an unreasonable response to the safety issue.

During a routine unannounced inspection of his work in February 2018, the engineer for Sky-In-Home Services, which installs hardware for Sky TV customers, was seen working at the top of a ladder without any safety equipment, other than a hard hat, and having not secured the ladder properly.

He was told to stop working by the inspecting manager and was invited to a meeting later that day. Asked why he breached the health and safety requirements, Plowright admitted his mind had been elsewhere as he was going through a divorce and his partner and daughter were moving out of his home that day. He said a customer had been talking about their daughter, which caused him to feel upset and distracted him from his work.

He was suspended after the meeting and was told that his actions would likely amount to gross misconduct.

During his suspension the company’s occupational health nurse confirmed he had been suffering symptoms of “reactive depression” including low mood, heightened emotions, reduced concentration, a poor sleep pattern and loss of appetite. He was signed off as “unfit for work”.

He had also received a diagnosis of a “mood disorder” and a “mixed anxiety and depressive disorder” from his GP.

Plowright was invited to a conduct hearing in May 2018. He was asked why he had not informed the company about his problems at home and how it had affected him, but he claimed he told his manager the previous December. He said he had not asked for an OH referral because he liked to “keep it to [himself]”.

He was dismissed following the meeting. The company said it reached that decision because he had worked safely on other jobs that day; his personal circumstances had continued long before the day in question; he had failed to seek support from his GP or the company; and he would have been aware of the mental health support the firm offered.

Plowright appealed the decision, however it was upheld by the company. He claimed that the company’s lack of consideration of his mental health amounted to discrimination under the Equality Act 2010 and that his unblemished 11-year service should have suggested he had acted out of character on the day of the incident.

Following the tribunal hearing, employment judge Deborah Licorish determined that Plowright’s mental health condition had affected his ability to carry out normal working activities and the condition was likely to recur beyond 12 months, which would categorise him as disabled under the Equality Act 2010.

The tribunal also found that Plowright had told his line manager about his depression diagnosis on 9 March, which was “sufficient indication… that the claimant may have a mental impairment”.

The judgment says: “Taking all these factors and anomalies into account, the respondent has not satisfied us that dismissing the claimant was an appropriate and necessary means of achieving its aim. We therefore find that in the particular circumstances of this case, the disadvantage suffered by the claimant in losing his job outweighed the reasonable needs of the respondent’s business.

“On this basis, we conclude that the unfavourable treatment was unlawful and the claimant’s complaint therefore succeeds.”

A hearing is scheduled for 18 February to consider compensation.