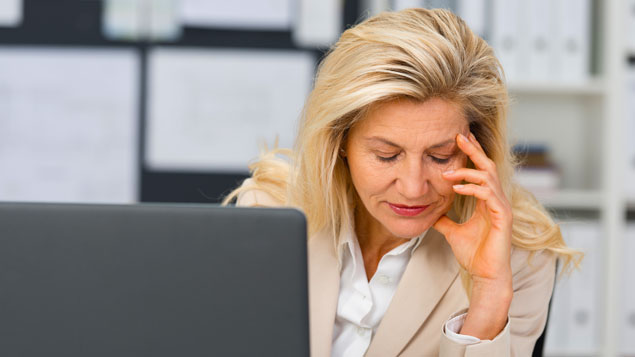 The number of years people will have to live with poor health is set to increase by 17% over the next 25 years if governments fail to prioritise preventative health interventions that could cost employers billions in sick days, “presenteeism” and early retirement, a report has warned.

The estimation has come from the think-tank the International Longevity Centre UK (ILC UK), which has argued that national healthcare systems have a responsibility to ensure prevention of health problems is prioritised throughout people’s lives in a report, Never too late: Prevention in an ageing world.

The report suggested that in “better off countries” 27.1 million years were lived with disability because of largely preventable age-related illnesses. It said this figure would only increase if prevention was not prioritised now.

“Whilst governments across the world have increasingly recognised the costs of failing to invest in prevention, too often these services are the first to be cut at times of financial squeeze,” said ILC UK chief executive Baroness Sally Greengross.

“In an ageing world this needs to change. We need to ensure that preventative health initiatives are focused on all ages. It’s never too late to prevent ill health.

“Preventative services must be accessible to all or we run the risk of even greater health inequalities. Technology can play a role, but we can’t assume there are easy technological fixes.”

Cardiovascular diseases are estimated to be the most costly to economies and employers, in terms of sick days, presenteeism and employees opting to retire early. The report estimated these conditions among those aged 50 to 64 cost $390bn (£300bn) worldwide.

Earlier this month, charity Diabetes UK estimated that around 5.3 million people in the UK will be living with type 2 diabetes by 2025.

Dr Naoko Yamamoto, assistant director-general for universal health coverage and healthier populations at the World Health Organization, said: “Most of the health problems that confront older people are associated with chronic diseases. Many can be prevented or delayed by engaging in healthy behaviours. Indeed, even in very advanced years physical activity, good nutrition and stopping tobacco use can have powerful benefits for health and wellbeing.

“Prevention is primordial but we also need to detect physical and mental health problems early, manage them effectively through person centred and integrated care and make sure that people with chronic conditions and significant limitations in mental and physical capacity live in accessible and supportive environments that enable them to continue to get where they need to go and do what they need to do.”

The report urged governments to: