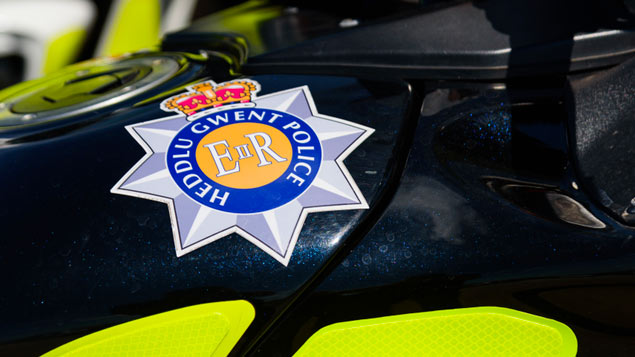 The decision to cap compensation for two police officers with disabilities to prevent them from receiving a “windfall” was unfavourable treatment, the Employment Appeal Tribunal has ruled.

It said the Cardiff employment tribunal was right to find Gwent Police’s decision to cap Mr Roberts’ and Mr Parsons’ compensation lump sums for voluntarily opting to leave the police service was discriminatory under the Equality Act 2010. The men received only six months’ pay, rather than a month’s pay for each year of service.

Both men were certified “disabled from performing the ordinary duties of a member of the police force” under regulation H1 of the Police Pensions Regulations 1987.

They had not been allowed to retire on the grounds of ill health since, although they were suffering from physical conditions which prevented them using reasonable force or running after criminals, they were still able to perform “back office” functions.

Under the Police Pension Regulations, staff with an H1 certificate are able to draw their pension immediately after leaving their role, rather than having to defer it until their retirement date (at age 60, in this case).

Mr Parsons was 48 years old and had more than 23 years’ service when he left Gwent Police in 2017, while Mr Roberts was 44 and had over 18 years’ service.

In 2016, Gwent Police adopted the Home Office’s “voluntary exit scheme” (VES) for police officers in order to cut costs. The scheme works in the same way as a voluntary redundancy scheme, despite police officers having a “Crown servants” employment status, rather than employees.

In 2016, both men applied to leave the police force under the scheme.

In September 2016, the head of payroll services wrote to the chief officer, who administers pensions on behalf of the chief constable, expressing concern that their H1 certificate rights would allow both Parsons and Roberts to gain financially.

His email said: “VES applicants who have the H1 Certificate would gain financially by leaving through VES rather than ill health; in certain cases they would also gain financially rather than remaining as a serving officer with 30 years service. It was not the intention of the Home Office to enable officers to secure financial gain when developing the VES scheme.

“The VES regulations state that officers approaching retirement must have their VES payment tapered and that officers that have reached pension age are only entitled to a maximum of six months.”

The EAT said that although it is not clear what the email is asking, it can be inferred that it was seeking endorsement for paying the claimants only six months’ pay upon leaving, rather than a month’s salary for every year of service usually offered under VES.

The claimants were informed that their lump sum compensation would be capped at six months’ pay because “differing factors” applied to them. It said they would be financially advantaged as they were also due to receive a pension and “to protect the public purse and to ensure the policy is delivered as intended the force is therefore applying tapering to the calculation of VES for those officers with H1 certificates.”

When they left on 31 January 2017, Parsons and Roberts were each paid compensation lump sums capped at six months’ pay, rather than 21 or 18 months respectively. Mr Parsons received £21,354 (if he had received the maximum payment based on 21 months’ pay it would have been £74,550). The EAT’s judgment does not state what Roberts received.

The employment tribunal found both men had been discriminated against in the way Gwent Police applied the VES to staff with H1 certificates, because the certificate issued for their disability had effectively limited the amount of money they would receive through redundancy. It found they had been treated unfavourably.

The chief constable of Gwent Police appealed its decision at the EAT, arguing that the police force had not treated the claimants unfavourably as they had only ever had a right to a compensation lump sum subject to the six months’ cap.

He said it was wrong for the tribunal to not look at the VES in the context of the police pension scheme since the two were “inextricably linked”. This argument was dismissed by the EAT.

The chief constable said the tribunal had wrongly conflated H1 status with disability under the Equality Act, but the EAT found that the claimants’ H1 status arose as a consequence of their statutory disabilities.

Judge Shanks said: “It seems clear that those who drafted and administered the scheme had not contemplated the issue which arose in relation to the claimants by virtue of their H1 status and that [the head of payroll services] made a specific decision that the six months’ cap should be applied in their case because of that status. It is that decision which the claimants say was discriminatory by virtue of section 15 of Equality Act.

“Although the ‘legitimate aim’ is there described as the need to properly manage the authority funds, it is clear … that ultimately the legitimate aim the chief constable relied on was that of preventing the claimants receiving a ‘windfall’.

“In the circumstances I consider that the ET were entitled to reject the chief constable’s contention that he was justified in capping the payments made to the claimants.”