Raising awareness of OCD in the workplace 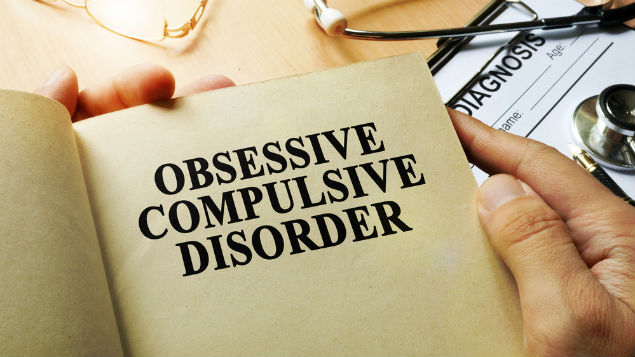 Having found the courage to reveal his obsessive compulsive disorder to his employer, Colin Minto is now highlighting the issue of OCD in the workplace.

In August 2016, I opened up in People Management magazine about my life-long battle with obsessive compulsive disorder (OCD). I was frightened, apprehensive, you name it, but I was so motivated to do it and nothing was going to stop me.

Since doing so, many people have asked me why. First of all, I was just so tired of hiding my illness and the impact it has had on me throughout my life.

Second, my Dad had recently gone into a home with Parkinson’s and Parkinson’s-related dementia, so for many years I had been around the most amazing people who were trying to carry on with terrible challenges.

Also I found out on Facebook that an old school acquaintance may have committed suicide because of his “demons inside” and I immediately thought, what if this was OCD or any other mental health issue? What if he needed help and suffered in silence? What if I had found out he had OCD and I had the chance to support him. What if, what if, what if? I might be, and desperately hope I am wrong, but what if?

Finally, I watched the BBC programme Employable Me in a hotel room in Paris, while supporting the amazing people at AXA with their careers digital ecosystem aspirations. It broke me when 34-year-old (at the time) Brett with autism was given an opportunity to do work experience for a medical solutions business and solved a major business challenge for them, culminating in him getting a full-time job.

This was after being rejected for every job he had applied for, for eight years solid.

I literally found myself in floods of tears on the phone to my wife saying that because I used to hold the second-largest private employer group head of resourcing role in the world, I had to do something about this.

Quite an arrogant statement on reflection, but it was meant from the heart not from any other level, and I am so pleased I decided to change direction and attempt to do something about raising awareness about mental difference. So I went public and since then my life has changed demonstrably.

Initially, the outpouring of support and offers of assistance were overwhelming. People I had known for years, and people I did not know, contacted me to open up themselves and pledge their 100% support for me and anything I decided to do as a consequence.

I was then contacted by what I now know to be one of the most wonderful organisations I have ever had the pleasure to engage with: Roffey Park Institute.

It is an internationally renowned leadership institute and got in touch to ask if I would support its mental-health-focused 70th anniversary.

I was thrilled and accepted immediately, and on the day sat on the panel with some truly wonderful people, discussing mental health in the workplace and what we could do to raise awareness, break the stigma and support those affected. I have forged a mutually supportive relationship with Roffey Park since and many of those on the panel with me.

I was then invited to speak at the Architectural HR Network Forum to a very large group of heads of practice, which stimulated lively debate and encouraged many to take what they had learned back into their businesses.

The next invite came through my relationship with one of the most inspirational people I have ever met: Raj Tulsiani, CEO of Green Park Interim and Executive Search, whose commitment to diversity initiatives is awe inspiring. He asked me to join him at the next DRIVE diversity initiative meeting, chaired by Baroness Janet Royall at the House of Lords, who subsequently joined Raj at the top of my “most inspirational list”.

I started a conversation on mental health with about 65 corporate and public organisations, which led to me being invited back in February, and I was asked to lead specific discussions on mental health at future meetings.

I have also now met Baroness Royall separately to discuss reciprocal support for our diversity interests. This has given me introductions to support some amazing organisations that focus on enriching the lives of minority groups, plus a mentor and someone to look up to, who uses her position and influence to champion and support minorities and the future of our society at every possibility opportunity.

Charles Walker MP and Jeremy Quin MP have also taken a keen interest in my activities and have connected me with others to support my cause.

In all of these situations I talk about the two me’s: the me that has achieved in business and the me that has spent hours, days, weeks, months and years panicking and ruminating about things that many would find ridiculous, but to me are very real and potentially life threatening or changing. I then make the point that I am the same person and, although I have a very troubled history, I can still achieve.

In fact, I genuinely think I have a particular skill set that has been shaped by my OCD.

As an example, the panic and ruminations have effectively given my brain an unwelcome, albeit heightened, level of work out, like doing Sudoku all the time, which means I have developed an advanced solutions brain. My personal and professional risk radar is acute and my proofreading of other people’s work has been described as scary.

In more practical terms, I have done a number of things to support others who have experienced mental health challenges in the workplace.

I set up the Mental Health in Business LinkedIn group, which is fast approaching 400 members and provides people with an opportunity to open up, share, support others and receive support in a safe and controlled environment.

I also set up www.mentalhealthinbusiness.com as a reference point for my consultancy and support services, which focus on two key areas:

The third and most ambitious initiative is in partnership with Paul Finch, an amazing person who himself suffered a tremendous amount of anxiety and stress following a major bowel cancer diagnosis in 2014.

Finch was given a 5-10% chance of surviving for five years and took the fight to his cancer with chemotherapy, radiotherapy and a positive mental energy that saw him beat it without the need for a life-altering operation, which the surgeons believed was his only chance. An amazing and positive outcome from somebody who shares my passion to support others, albeit from a very different direction.

We have set up a company called A People Business. The purpose is to reach the masses who have been, or are being, affected by mental health challenges, via supporting and educating their employers to provide increased knowledge, guidance and support to their workforces.

In addition, we are moving the conversation and activity on from general awareness raising to highlighting the benefits that mental difference can bring to an organisation, including the increases in productivity and profit available from embracing mental difference and encouraging better mental and emotional wellbeing at work.

At a time when mental health is in the spotlight in public, business, celebrity and sporting life, it could be easy for traditional support services and resources, and wellbeing budgets and programmes, to be overwhelmed with demand, which is why we are building a solution to help organisations identify and target their investment and effort to where it will have most impact.

We are in the beta stage of a psychoanalytical diagnostic which does just that, which we will be speaking about in much more detail soon. The covers are still on but we are so excited about whipping them off soon because we will be able to scientifically identify the problematic and non-problematic factors affecting workforce productivity in those organisations that take mental difference seriously and their responsibility to their most important asset: people.

I am partnering with amazing organisations and charities championing mental difference from all kinds of directions. I am getting involved in senior level Government conversations and initiatives, I am building a career around my passion and I am the happiest I can be.

Connect with me, join me, use me to support your initiatives in the space and together we will normalise the conversation and existence of mental difference and support millions of people globally along the way to improve their working and personal lives.

One Response to Raising awareness of OCD in the workplace