Reasons to use the workplace for cardiovascular health screening

By Dr Nick Summerton on 24 Jan 2016 in Wellbeing and health promotion, Occupational Health 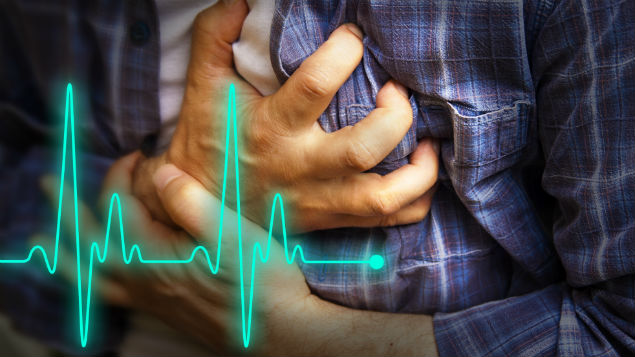 Cardiovascular health screening can pick up the need for lifestyle changes that could reduce heart and circulatory diseases, the cause of death for one in four people in the UK. Dr Nick Summerton makes the case for screening taking place in the workplace.

The classic image of a health check is a middle-aged executive wired up to a treadmill. But cardiovascular fitness continues to be a critical area of concern for health and wellbeing, given the basic risks of modern, sedentary lifestyles.

Heart and circulatory diseases are the leading killers worldwide and the cause of death for one in four people in the UK. However there are important ways that prevention and screening have moved on since the days of the treadmill that OH professionals should be aware of.

There is often an assumption that heart and circulatory problems are only an issue for employees aged over 50. But high cholesterol can be genetic (known as familial hyper-cholesterolaemia), rather than the result of eating too many fatty foods, and it can affect an estimated one in 200 people who tend to be unaware of their condition and the risks associated with it.

Younger employees can also suffer from abnormalities like hypertrophic cardiomyopathy (the thickening of the heart muscle, which causes sudden death in young athletes), or Wolf-Parkinson-White syndrome, which can lead to an abnormally fast heart rate.

Heart defects are the most common treatable birth abnormality, and ongoing monitoring of affected individuals from a young age will help to manage what is known as GUCH (grown-up congenital heart disease).

For all these reasons Bluecrest Wellness offers ECG checks and cholesterol testing for staff from the age of 18 upwards.

Traditional tests have not always been successful in picking up the whole range of potential cardiovascular system threats, meaning that people have not been able to take action and change their diet or lifestyle in time.

Research suggests that one in five people who have had a heart attack were not originally considered to be in either the “high” or even the “moderate” risk category based on the standard information of age, sex, ethnicity, cholesterol level, blood pressure, smoking status and family history.

Tests involving exercise can be risky for someone with an existing, unknown heart condition; and x-rays always involve a level of exposure to radiation.

Hardening or furring of the arteries, also known as atherosclerosis, is due to the accumulation of calcium and cholesterol in plaques on artery walls. There are two broad categories of atherosclerotic plaques: stable and unstable (or vulnerable).

Unstable plaques are more likely to rupture, causing a clot that blocks the supply of blood to the heart, triggering a heart attack, or a stroke in the brain.

An Lp-PLA2 measurement, known as a PLAC test, is being introduced into private health screening in the UK, based on research undertaken in the US. High levels of Lp-PLA2 are present in unstable rupture-prone plaques and it is released from these plaques into the bloodstream where its levels can then be measured by a simple blood test. The PLAC test can be offered alongside standard blood pressure and cholesterol measurements in order to form a clearer picture of an individual’s risks for heart disease and stroke.

The test gives people with elevated levels of Lp-PLA2 the opportunity to be more proactive about tackling blood pressure and cholesterol. Recent evidence has also suggested that neither heart testing on a treadmill, nor most x-ray or ultrasound techniques will identify individuals at high risk for unstable rupture-prone atherosclerotic plaques.

There are many other types of cardiovascular threats. For example, an estimated 20% of cases of atrial fibrillation, a relatively common condition of an irregular heartbeat, go undiagnosed, but it is a major risk factor for heart disease and stroke and it is important for people to recognise.

The NHS tends to use a percentage risk score for patients; but in order to be more effective, OH should also be using a “heart age”, or the state of a person’s heart by comparison with their chronological age. This is easier to understand, feels less speculative, and gives the individual either some reassurance, or a sense of a target and a responsibility for improving their heart age through a change in lifestyle, with the opportunity to reverse the damage done.

There is a great deal of scope for employers to be involved with the prevention of common cardiovascular problems. It could also be argued that employers have a high level of responsibility in this area, given the relationship between working lives and employee heart health.

Working long hours and coping with extreme levels of stress can put particular pressure on the heart, but it is also everyday routines that can have an effect. Jobs that involve long periods sitting at a desk are increasingly seen as being a risk factor. “Sitting down is the new smoking,” says US health researcher Dr James Levine, and common practices like working without a lunch break or working in a stressful environment can also contribute to poor wellbeing.

Good employers will try to support individual staff in achieving whatever is important for their idea of wellbeing, in a way that works for them. They should not just think in terms of gym membership. A possible intervention might be fitting showers for staff who want to cycle to work; or making sure there are plenty of healthy options in the canteen; or even starting up a lunchtime walking club.