Supporting the wellbeing of an ageing workforce 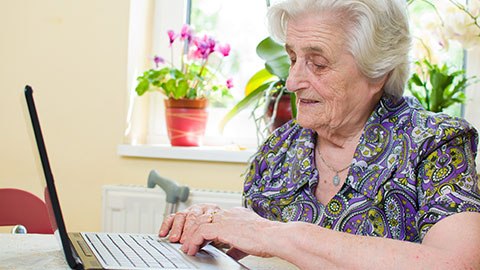 What needs to be done to ensure a smooth transition to managing an older workforce? Dr Sheena Johnson makes some suggestions.

An ageing workforce presents challenges for employers in terms of managing employee health in order to have a high-performing workforce. Changing workforce demographics and pension and retirement changes all contribute to this trend for an older workforce. Given these developments, there is a clear need for managers and organisations to consider how this can be managed successfully. Employers need to be aware of fairness at work with ­regard to older workers, older worker stereotypes, their ­validity and the need for unsubstantiated stereotypes to be challenged.

It is recognised that people are living longer and there is a rapidly ageing population. The most recent ­”European Health Report (2012)” stated that, in 2010, an estimated 15% of the overall population of the European region was aged 65 years and over, with this projected to rise to 25% of the total population by 2050. It was further reported that the average life remaining at age 65 is a further 15.5 years. These population demographic changes are beginning to affect workforce demographics and will clearly continue to do so. There is increasing incentive to extend working life (European Foundation for the ­Improvement of Living and Working Conditions, 2012) and there have been changes made to both retirement planning and pension entitlement with the aim of encouraging people to work longer. All this means we will see a larger proportion of the workforce being in the “older worker” bracket.

There have been well publicised changes made to the state pension age in the UK, which is set to rise to age 68 by 2046 (gov.uk, 2013). Alongside this, on 1 October 2011, the default retirement age in the UK of 65 was scrapped (gov.uk, 2011). This means that employers are no longer able to automatically retire employees at the age of 65 without clear justification. While it is arguable that these changes are necessary given the demographic changes mentioned above, there appears to have been limited discussion of what impact this will have on both individuals and organisations. Concerns have already been raised by employers as to whether or not they will be more vulnerable to age discrimination cases if older workers contest a redundancy (European Foundation for the Improvement of Living and Working Conditions, 2012).

From a health and wellbeing perspective, greater uncertainty around retirement planning could be detrimental for employees and managers. Consideration needs to be given to how these issues will now be tackled in a workplace in the absence of a clear “rule of thumb”, that is, a default retirement age that can serve as a guide for organisations and individuals as to when retirement plans should be made. Now this has gone, will employees know where to go for advice on retirement at work? And will managers feel able to discuss these issues with employees or will they feel it is safer to wait until an employee approaches them? What sort of impact will this have on ­individuals who may be considering their options around retirement if there is less open support and advice available to them from their organisations on these issues?

There seems to be somewhat of a “grey area” around this, with little clarity or advice available. Retirement is known to be a significant life change (Wang & Schultz, 2010) and there is a danger that increased uncertainly around this could be negative for individuals and ­employing organisations.

Age and fairness at work

Ageism is when a person is discriminated against or treated ­unfairly because of their age. It can take the form of direct or indirect discrimination, harassment and victimisation, and can negatively affect an individual’s confidence, career, finances, and general quality of life. In the UK in 2006, age discrimination was protected by law by the Age Discrimination Act, and it is now covered under the Equality Act, 2010. The aim of this is to ensure that harmful treatment as a result of unfair age discrimination is outlawed. That is, decisions relating to performance should be based on objective evidence and not on subjective opinions about how age may affect performance. Performance and age are discussed further in the section below.

Despite the progress evident through the introduction of age discrimination laws, there is evidence that ageist attitudes and the negative stereotyping of older workers is still happening.

Older workers also report difficulties in finding work and there have been large numbers of claims of age discrimination since the legislation came into force in 2006 (Acas, 2012). Combine this with the ageing workforce, increasing retirement age and pension changes, described above, and there is a clear need to understand age stereotypes. Paying attention to the ways in which older employees and older job applicants are viewed in workplaces would allow organisations to increase their understanding of both older worker strengths and needs. Such understanding can also provide indicators of where change is needed in order to best support an older workforce.

A number of age stereotypes exist (see box 2). Before looking at whether or not there is any validity to these stereotypes, consider for a moment the impact such stereotypes can have in a workplace. They can be a big problem, both for the older worker and for their employing organisation.

Schalk et al (2010) in their discussion of research on work and ageing described how “the most important source of counteractive HR policies and managerial decisions with respect to older ­employees is the existence of age stereotypes”.

Other researchers have also proposed that employee well-being, performance and health can be ­affected by the “age appropriateness” of HR policies (Shultz et al 2010).

Some examples of the impact stereotypes could have in the workplace are that they can:

If older workers are to be treated fairly at work there is a need to tackle and change age stereotypes within organisations. Having a realistic, as opposed to stereotypical, view of the abilities and competencies of older workers will enable organisations to better manage an older workforce.

Consider only the facts

Stereotypes are not facts and there is a need to consider the evidence that supports, or disproves these stereotypes.

Two of the key papers that have contributed to an understanding of the relationship between age and job performance, and age and job attitudes were published by Ng and Feldman in 2008 and 2010.

In these papers Ng and Feldman reviewed the literature and performed meta-analyses to investigate the influence of age as shown by the combination of data gathered from multiple studies – between them the two papers incorporated findings from more than a thousand studies. Ng and Feldman’s 2008 research shows that there is little supporting evidence for the negative stereotypes ­described above.

Further evidence to dispel age stereotypes was also found in Ng and Feldman’s 2010 paper looking at age and job attitudes. Here, the two researcher described how they found modest support for their hypothesis that “older workers tend to have more favourable (and/or less unfavourable) job attitudes”.

More recently, a European ­research project in Germany and the UK saw Johnson, Holdsworth, Hoel and Zapf (2013) investigate the competencies of older workers. The rationale for the study was that there is evidence – in non-work contexts – that older employees have superior social and emotional competencies and attitudes.

Would these competencies also help older employees in a work environment? Investigation of this in the UK retail service sector ­revealed that older employees were better able to manage their emotions at work and had fewer negative health outcomes from stressful interactions.

There is an accumulation of evidence that shows little, if any, justification for age stereotyping, and there is a legal requirement not to age ­discriminate. The changing demographics are leading to increases in the proportion of older workers within organisations. It is therefore important that the qualities of older workers become more widely recognised.

Older worker stereotypes that are not supported by evidence need to be dispelled. Demonstrating the benefits of older workers in terms of areas such as job performance, health and customer satisfaction may help to discourage employers from “circumventing” age discrimination regulations.

European Foundation for the Improvement of Living and Working Conditions, 2012.