By Oliver Chesher on 28 Nov 2014 in Musculoskeletal disorders, Occupational Health 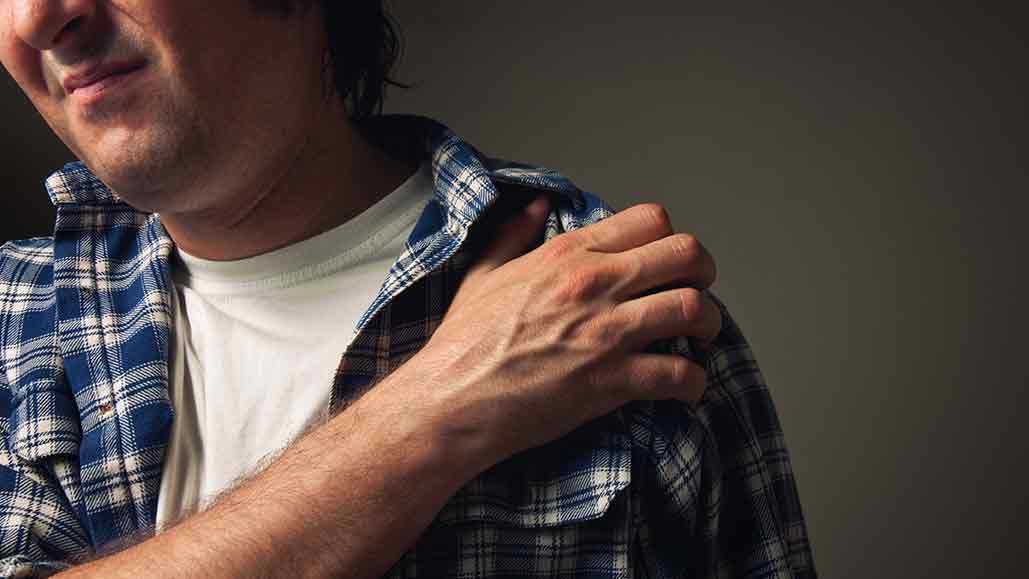 In an industry where downtime costs dearly and tight margins make absences highly disruptive, car manufacturer Vauxhall has received accolades for its subtle shift from a reactive to a more proactive approach to occupational health (OH). Oliver Chesher reports.

Vauxhall, in partnership with its OH provider Vista, has pioneered several initiatives that have not only reduced absence levels, but also led to a measurable increase in staff satisfaction and ultimately delivered a measurable financial return. All of this was due to some innovative OH ideas that are uncommon in the automotive manufacturing sector.

Its latest initiative, based around “showing shoulder pain the red card”, has brought a calculated return on investment of almost 10 times every pound spent, based on absence reduction alone. This was calculated based on an average cost of intervention per staff member of £37.98, and an average reduction in sickness-related absence equating to a saving of £314.30 per individual.

“The decision to move from a reactive to a proactive occupational health system was, in fact, made some time ago, and it is the philosophy that underpins our entire OH offering,” says Phil Millward, HR director for General Motors UK and Ireland.

“The general thinking was quite simply that prevention is better than cure, and with the quality and quantity of data at our disposal regarding risks and common health complaints in our workplace, it was clear for us where we needed to invest in pre-emptive measures,” Millward adds.

This decision was vindicated over a year ago, when the company’s 24-hour on-site surgery saved a man’s life. In April 2013, Tony Franklin was on a night shift at Vauxhall’s facility in Ellesmere Port, when he began to suffer chest pains. He walked into the OH surgery that provides cover 24 hours a day during production hours. The nurse recognised immediately that he was having a heart attack and started treatment. She called the paramedics and the worker was then rushed to hospital for emergency heart surgery within one hour.

“If he had not come to the surgery or had gone home, he would have died,” says Millward. “He returned to work in September 2013 and is now back to full fitness.”

As a direct result of this sequence of events, Vauxhall revisited and strengthened its strategic approach to health promotion. It revamped its Healthy Heart promotional materials, used to educate the employees at Ellesmere Port on how to keep a healthy heart and spot early signs of heart attacks. It also improved its Well Person Assessment procedure across all sites and encouraged all Vauxhall employees to attend free appointments.

As part of this enhanced strategic policy, the latest campaign, known as “Send off shoulder pain” was introduced at the beginning of 2014. Millward says: “This was a physiotherapy-led activity, which began with data analysis: our physiotherapists’ research findings demonstrated to us that shoulder pain was one of the areas most likely to be affected by the type of work that takes place on the production line, and therefore one of the complaints most likely to cause staff absences.”

Vauxhall commissioned Vista to launch promotional materials that were to be made available to all workers across all sites. Following the theme of “sending off” shoulder pain, they produced red cards, which contained tips on keeping shoulders healthy. The documentation was a simple and easy-to-read guide broken down into two sections: anatomy and intervention.

The former looked at how the shoulder works, what can go wrong, the structure of the joints, and some specific problems that are relatable to Vauxhall employees in their daily lives.

The latter section explored the nature of pain and how to make a diagnosis from it, aspects of shoulder flexibility, shoulder strength and motor control, and included some recommended strategies and exercises for tackling pain and its root causes.

Millward believes that the overall success of the “Send off shoulder pain” initiative can largely be attributed to the fact that Vauxhall has its own in-house specialists, for example qualified on-site physiotherapists in both Luton and Ellesmere Port. One in particular, Mark Kilty, is trained in acupuncture and injection therapy, which is unusual not only for the automotive manufacturing industry, but for an in-house physiotherapist in general.

Without Kilty’s skills in injection therapy, individuals would have to be referred by their GP and go on a waiting list. Many employees’ GPs have been impressed with Vauxhall’s physiotherapy service, and they frequently refer patients to Vauxhall’s own physiotherapist rather than use an external provider.

Using this in-house expertise, Vauxhall and Vista ran a mini clinical trial. At each site, a group of people who had complained of shoulder pain consented to take part in a study focusing on the complaint, its causes and different treatments versus recovery times. Each participant in the trial was first given a mini manual on causes of shoulder pain, treatments and self-help.

“We were looking at the difference between shoulder injuries that were treated by physio only, and then by a combination of physio and acupuncture or injection therapy,” says Millward. “We wanted to establish whether there was a quicker recovery time between the two groups, and if so, what was the difference.

The findings of this trial were presented by Kilty. His data demonstrated that, in both groups, the employees’ recovery was far quicker than expected (based against clinical data), with the quickest recovery time in the physiotherapy plus acupuncture group.

The findings ranked, in order of effectiveness, four different countermeasures against shoulder pain. The trial found that a combination of physiotherapy and acupuncture delivered the best results, followed by a mix of injection therapy and home exercises. Slightly less effective was found to be employer-provided advice, tips and tricks, while bottom of the list was rest and time off work, which does nothing to tackle root causes.

Participants were then asked to assign a number to how they felt before and after treatment, both in terms of pain and quality of life. For example, based on the scale of one to 10, it was noted that before treatment the average “pain score” was 8.4, while afterwards the average had dropped to just 1.9.

“The ultimate result, however, was a commercial one,” says Millward. “Based on several calculations taking into account the cost and hours spent delivering interventions, versus the time saved in terms of reduction of absences and the hourly pay of those workers, we arrived at our return-on-investment factor which represented an average saving of £314 for every worker. For an employer our size, this scales up to a very big number indeed.”

Money savings in terms of lost man-hours, however, is not the end of this story. There are longer-term benefits that are harder to quantify from programmes such as this. Any investment in wellbeing will have a positive effect on worker productivity, as well as an effect on reducing the time they are absent from work. This has been true at Vauxhall, with the strategic OH campaign playing a role in the achievement of several sought-after accreditations.

Within General Motors, Vauxhall is recognised as a Workplace of Choice, the company has been certified as one of Britain’s Top Employers for the past four years and has recently been accredited with the Investors in People (IIP) gold-standard status, one of only 3% of IIP-accredited companies to gain this achievement.

“We do not underestimate the role that has been played by employee engagement schemes such as the ones we have undertaken with Vista,” says Millward. “We have been praised by the highest accreditations institutes for our ‘exceptional employee conditions’, which is proof of our commitment to our people.”

Vista is a UK occupational health, HR services and employment law firm with offices in Manchester and Milton Keynes. Operating since 2005, it works as a close partner with major employers across all sectors of business.

View all posts by Oliver Chesher →
Previous Article
Next Article