Unpicking the medicalisation of behaviour at work

Medicalisation is the process of taking non-medical problems and perceiving them as illnesses or health-related disorders. Dr Wolfgang Seidl examines the dangers of this at work in terms of absence, return to work, rehabilitation and organisational and individual wellbeing.

Medical science has advanced impressively and so has the power of the medical profession to make decisions that are not scientific ones.

We forget that medical knowledge is bound up with other forms of knowledge and practice in society, some of them ethical, legal or political. As reflected, for instance, in sick notes or fit notes, return-to-work practices, access to sick pay, disability allowance, and others.

The pandemic has shown yet again where the boundaries are blurred between aspects of physical and mental health, as well as political decisions, inequalities in health and social living conditions.

We have learned to appreciate the mutual influence between medicine and its social context. Or to use another example, doctors have not been trained to ration scarce resources and treatment, yet they are involved in it on a daily basis.

Expansion of the medical into the social

Modern medicine is alleviating and preventing illness but also plays a key role in regulating the conduct of the sick, for example isolation during the pandemic and other infectious diseases or with regard to severe mental illness and suicidal ideation, to name but two obvious examples. Medical knowledge is expanding into more areas of social life, which is known as medicalisation.

Return to work and rehab

How psychological rehabilitation can help return to work after absence

Return to work through vocational rehabilitation

By contrast, many people nowadays like to think of themselves as more able to take responsibility for their own health than the rather passive ‘patient model’ suggests. Working with organisations, I often hear wellbeing directors invoke a variation of the so-called ‘psychological contract’ and demand that workplace health is a two-way street where everyone is actively engaged in their health.

Return-to-work or rehab programmes often encounter a fascinating phenomenon when ‘patients’ have medically recovered but the barriers to return to work have become higher rather than lower.

In some of these cases, it’s no longer their health that prevents a return but an unknown conflict with their supervisor or other organisational barriers. When creating a – at that point, new – return-to-work programme years ago, we found that simply putting HR consultancy alongside psychological or medical support drastically increased the successful return-to-work rates. It became obvious that organisational factors play a role.

Some people may appear depressed but they are being bullied or experience a lack trust or purpose; others face neurodiversity challenges that have not been addressed. So, let’s not ‘pathologise’ every human behaviour in the workplace!

This article is not a critique of the successes of medical science, not even the bio-medical model as such, but a call for action not to offload systemic/organisational issues to the medical profession who are stretched as it is.

A lot of stress or misery caused by discrimination, bad management and lack of employee participation in decision-making and co-creation of meaningful jobs has to be addressed as management issue.

Need for a systemic view of wellbeing

We need to take a systemic view of wellbeing based on the eight-box model below: 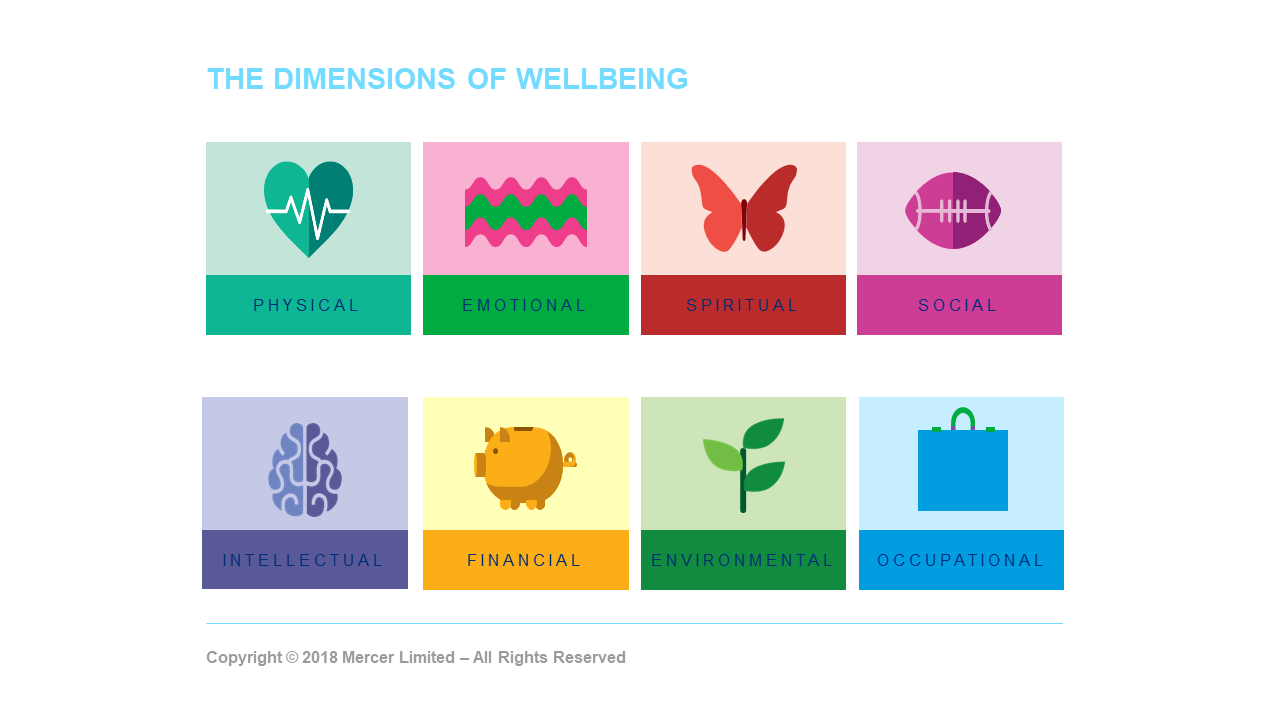 In ‘systemic therapy’, a form of psychotherapy, practitioners look at people not only on the individual level, but also as people in relationships, dealing with the interactions of groups and their patterns and dynamics.

While medical science has been crucial in improving health, such as the eradication of smallpox, immunisation against polio and other infectious diseases, environmental changes have often been more influential, for example better housing, working conditions and nutrition.”

It may be helpful to focus not only on an ‘identified patient’ but also on the context and the environmental factors that sustain the identified symptoms.

The appreciation of context and the role of other professionals in dealing with workplace wellbeing will make the medical model more focused and professional not weaker, since definitions, diagnoses and treatments don’t become diluted and almost unrecognisable when applied to every situation.

Take the pandemic as an example; some experts state that we are all suffering from post-traumatic stress disorder (PTSD) now, which renders the diagnostic criteria of PTSD irrelevant.

It also does an injustice to people who have faced critical life-threatening events, such as terrorist attacks, war, rape, prolonged periods of time in intensive care and so on, who benefit from a meaningful diagnosis and empirically-evidenced treatment.

There is no doubt that most other people felt terribly bruised, uneasy and anxious during the pandemic, but that is a different form of pain (and even trauma) that is not the same as PTSD.

While medical science has been crucial in improving health, such as the eradication of smallpox, immunisation against polio and other infectious diseases, environmental changes have often been more influential, for example better housing, working conditions and nutrition. Tuberculosis is perhaps the best-known example in this context.

Another example are smoking-related conditions and the fact that changing the environment by introducing smoking bans in public places had a greater effect on the prevalence of smoking and related lung cancer rates than smoking cessation programmes based on behavioural science.

We need to be highlighting the role of good management, workplace conflict, social support systems, ‘good work’, psychological safety, and control over one’s own workflow in enhance wellbeing – and avoid medicalised labelling where it’s not needed.

In conclusion, here’s the beginning of what I’d argue is a systemic view of the world of work based on positive psychology, one where our jobs can contribute to our wellbeing and fulfilment: 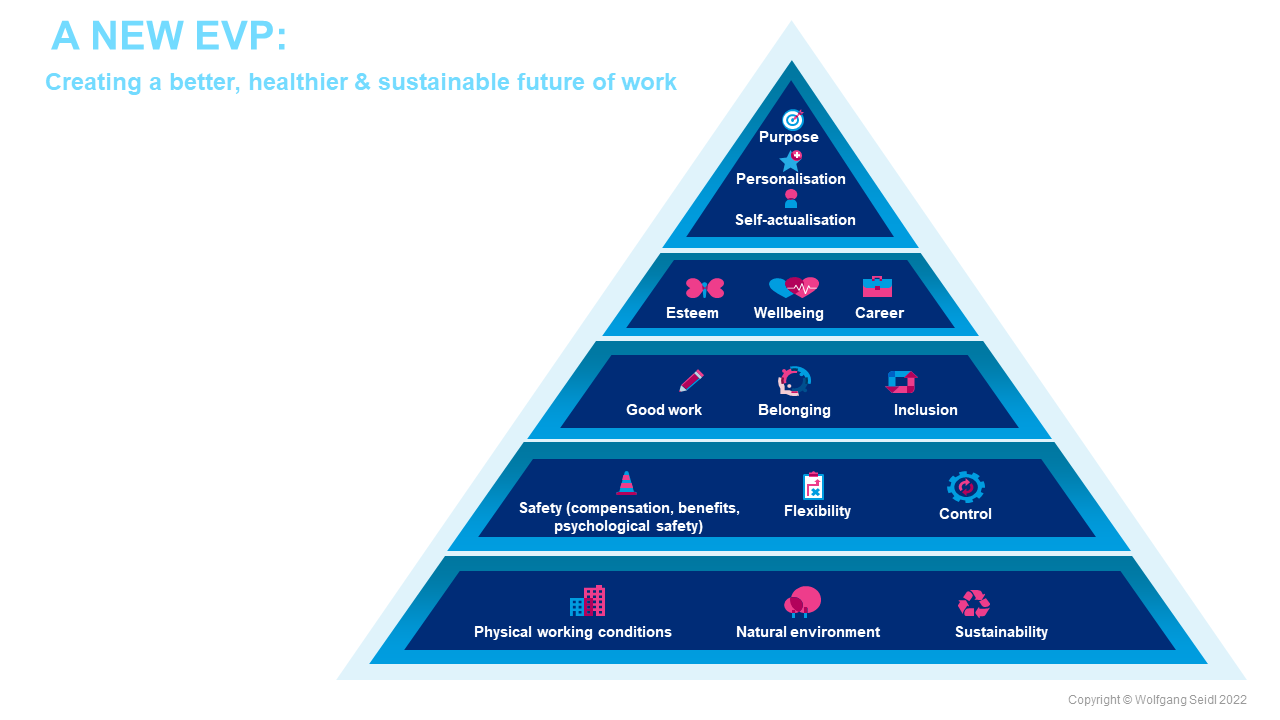 Covid variants and end of furlough led to...

Half of employees struggle to switch off on...

Hope for OH role after all in fit...