What might OH expect from workplace health Green Paper?

The government has confirmed that OH professionals can expect a Green Paper on reforms to workplace health support and provision by the summer. But what might it include? Nic Paton analyses what, if anything, we can learn from minister Justin Tomlinson’s latest comments.

In repeatedly describing occupational health professionals as “occupational therapists”, his terminology may have been unfortunate. But minister Justin Tomlinson’s confirmation in January that OH practitioners can expect a Green Paper on workplace health reform “just before the summer” was otherwise undoubtedly positive.

Tomlinson, the minister for disabled people, health and work, was speaking at a conference run by the Westminster Business Forum on disability in the workplace, notably “removing barriers to recruitment and progression, creating inclusive workplace cultures, and next steps for policy and organisational practice”.

A lot of what Tomlinson said in his 20-minute speech was relatively generic. Indeed, in his opening remarks he joked how work and pensions secretary Thérèse Coffey had warned him as he was leaving for the conference to “under no circumstances announce anything”.

For example, he highlighted how retailer John Lewis’ decision to “employ 65 of their own occupational therapists” enabled it “to intervene straightaway to help people make changes and stop their workforce churning, which is a real challenge for them in these times of tough recruitment. It makes sense for them to do that, but they are big enough to do that.”

However, and positively, he emphasised this was something he wanted to address. “That’s nonsense; that isn’t how it works in the real world; that creates a barrier. We are desperately keen to significantly modernise Access to Work so it is faster, smarter, particularly around renewals. So it becomes a hub of innovation.”

Tomlinson also hinted that the Health and Safety Executive may get an enhanced oversight and advice role within whatever new workplace health landscape emerges from the Green Paper.

If a business had a problem with VAT or a tax return it knew full well to go its accountant or HMRC, he highlighted. But if it had a sick or disabled employee, or someone it needed to bring back to work following absence, it was much less clear who it should turn to.

“We have an opportunity, we have a way to communicate with businesses, not just through Disability Confident and the work of the DWP [Department for Work and Pensions] work coaches and the jobcentres, but the Health and Safety Executive has amazing business engagement and their title of ‘health and safety’, on safety we are world leading. Other countries, private businesses, pay huge amounts of money for our proactive advice,” Tomlinson said.

“Well, we need to do exactly the same on the health part of it; they [HSE] should be signposting businesses of all sizes to those occupational therapists, the mental health support workers, the millions of pilots that are commissioned by us across the country that all too often struggle to have enough referrals,” he added.

What, then, of the Green Paper itself? Within his speech, Tomlinson said: “We will be bringing forward a Green Paper, particularly focused on looking around the areas of statutory sick pay and about how you have the issue where you are either completely sick or you’re completely well, and you can’t have a phased approach back to work; it’s ridiculous, we have to look at that.”

More detail was then added during the question-and-answer session that followed. Asked by this paper whether he could expand on his remarks, Tomlinson said: “We anticipate the Green Paper coming forward just before the summer. A huge focus is around building up the capacity; what more can we do to build up the capacity of occupational therapy support within the workplace.

“It’s about signposting, it’s about potentially providing incentives for those small and medium size businesses because, whilst there is an initial cost, we suspect it will be considerably less than the cost if we pick the pieces up after somebody has fallen out of the workplace.

“We recognise not everybody can be a John Lewis that has that pool of people, but collectively we can have that pool of people. A lot of it’s about signposting and also encouraging a greater pool of occupational therapists that are available to come and do that support work,” he added.

Asked to clarify that when he said “occupational therapist” he did actually mean occupational health, Tomlinson conceded: “Yes, sorry, thank you.”

At this point, Tabitha Jay, director of the Joint Work and Health Unit at the Department for Work and Pensions and Department of Health and Social Care, came in to add that there had been “a good number of responses” to last summer’s Health is everyone’s business: proposals to reduce ill health-related job loss consultation, many of which had been “thoughtful, rich responses”.

While many employers, especially larger firms, were being proactive and already doing a lot around workplace health, for many firms there were still barriers to retaining people through sickness absence and preventing employees from falling out of work, she highlighted.

“So there were various things in the consultation about encouraging workforce innovation, helping firms to buy better, subsidising firms to buy occupational health,” she added.

All of these would “hopefully” be part of what the government outlined in the Green Paper. Or as Jay put it: “they will all be answered in what the government’s plans are in the light of the consultation, when the response comes forward.”

It is therefore very clear that, for now at least, it is a waiting game for occupational health practitioners.

What the consultation proposed

The government’s consultation paper Health is everyone’s business: proposals to reduce ill health-related job loss was published by the Department for Work and Pensions and Department of Health and Social Care at the end of July.

The document was substantial and covered a wide range of different areas but, to recap, key proposals included: 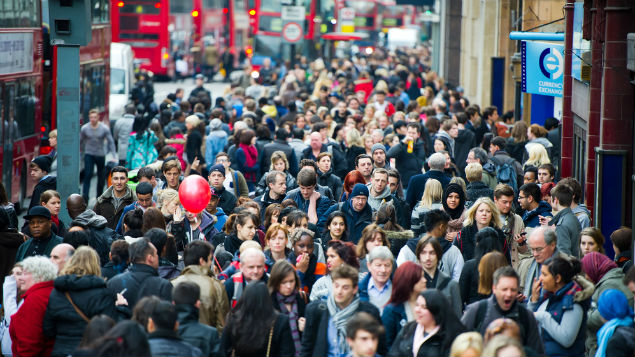