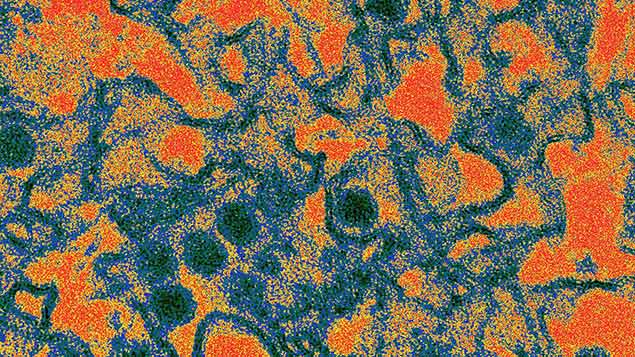 A microscopic image of the Zika virus. CDC/Phanie/REX/Shutterstock

As well as the athletes descending on Rio for the Olympic and Paralympic games, many people are travelling there to work over the coming weeks. Ed Stacey examines whether or not employees can be forced to work in Brazil in light of the Zika virus.

The World Health Organisation has declared a public health emergency in relation to the Zika virus. It has warned that Zika, which is spread by mosquitoes, can cause microcephaly in the babies of expectant mothers, and Guillain-Barré syndrome, a serious condition of the nervous system.

Sadly, in Brazil, there is a Zika epidemic. So, with the Rio Olympics underway, world-class athletes have had to decide whether or not to take the risk of contracting Zika in order to compete.

They are not alone. Many employees have also been asked to travel to Brazil to work during the Olympics, and they have had a similar decision to make.

How can HR ensure the safety of globally mobile employees?

Include a mobility clause in a contract of employment

Which begs the question, can employees be forced to travel to Brazil for the Olympics, under English law? The answer, usually, is no…

Many employment contracts contain mobility clauses, which state that employees can be made to work in any location their employer chooses. However, the courts interpret mobility clauses in a way which limits employer power as much as possible.

This means that, unless an employee has signed up to a contract with a mobility clause which expressly refers to the Rio Olympics and Zika, courts will be unlikely to find that the clause allows an employer to send its employees to Brazil (and risk their health) without their agreement.

Therefore, employers will find it hard to accuse their employees of breaching their employment contracts if they refuse, when asked, to travel to Brazil for the Olympics.

In fact, it is more likely that employers will be the ones acting in breach of contract if they insist on their employees travelling to Rio. This is because they have a contractual duty to maintain trust and confidence with their employees, and to take reasonable steps to provide them with safe working conditions.

It is likely that requiring an employee to effectively risk contracting Zika by working in Brazil would breach both of these duties. Should an employer insist on their employee travelling to Rio, that employee may well be able to resign and claim constructive unfair dismissal; they could claim that they were effectively dismissed by their employer, in that their employer’s unreasonable conduct forced them to resign.

In relation to pregnant employees, employers must carry out specific risk assessments and they are required to put pregnant employees on paid leave if it is not possible to eliminate work-based risks, such as contracting Zika, in other ways, for example, by allowing them to work in the UK, rather than Rio.

For employers who require female employees to travel to the Olympics for work, there is additional risk. Female employees could potentially bring claims for indirect sex discrimination against their employers.

This is because indirect sex discrimination can occur where an employer has a practice, criterion or policy – such as a requirement for employees travel to Brazil – which puts women at a particular disadvantage when compared to her male counterparts.

Because of the specific risk Zika poses to the foetus, and thereby to women who are, or will soon become, pregnant, it is arguable that an employer that requires its employees to travel to Brazil is putting women at a particular disadvantage compared to men.

In addition to breach of contract, unfair dismissal, breach of health and safety and discrimination claims, there is a further legal risk to the employer.

In the event that an employee is required to travel to Brazil and then ends up contracting Zika, that employee may be able to sue their employer for negligence resulting in personal injury.

In summary, then – it is a risky business indeed for employers to require employees to travel to Rio for the Olympics. Insisting that employees go to Brazil exposes employers to a minefield of potential legal issues, not to mention the damage that could result to working relationships.

A better approach will be for employers to simply ask their employees if any would like to go to Brazil during the Olympics, whilst spelling out the potential risks, and let those who don’t volunteer stay at home.