A decade on, are we still ‘Working for a Healthier Tomorrow’? 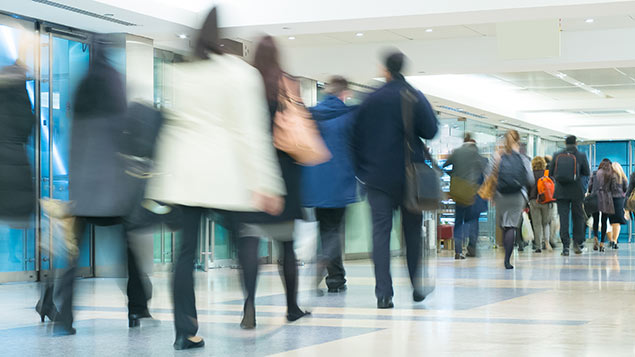 It is now a decade since Dame Carol Black published her landmark workplace health report Working for a Healthier Tomorrow. At the Health and Wellbeing at Work show in March, Dame Carol looked back at what progress the UK has made and the challenges that still need to be overcome. Ashleigh Webber listened in.

Back in 2008, Dame Carol Black published her seminal Working for a Healthier Tomorrow review of workplace health. This identified the myriad of health barriers that people experienced in getting into and staying in the workforce, as well as some of the challenges organisations faced in creating healthy workplaces and practices.

In her foreword to the review, Dame Carol noted that occupational health had been largely restricted to helping those in employment, but supporting good health for everybody of working age required OH to reach much further. She recommended that OH “must also be concerned with helping people who have not yet found work, or have become workless, to enter or return to work”.

More than a decade later, this argument still remains. Around half the workforce still does not have access to OH services, with many organisations – particularly small and medium-sized firms – unable to facilitate OH due to factors such as cost, insufficient knowledge, and – sometimes – attitude.

But even with OH provision in place, are workplaces healthier than they were in 2008? Have Dame Carol’s recommendations – which included introducing electronic fit notes and implementing the (now defunct) Fit for Work service – been acted upon?

Almost half of employees claim to have experienced mental ill health in their current role, according to charity Mind. And more than half (53%) of office workers believe their health is “impaired” by their job. To that end, many would be forgiven for thinking that our workplaces are – if anything – getting more harmful for our health.

Yet, at March’s Health and Wellbeing at Work conference in Birmingham, Dame Carol was positive that the world of work has become healthier over the past decade, despite the onslaught of challenges that simply did not exist a decade ago – the rise of the gig economy, for example.

She posed the question to delegates: “Are we yet at a healthier tomorrow and do we have healthier workplaces?

“We’re on a journey. If you think about what it was like 20 years ago, we’ve certainly made enormous progress,” she said.

In her review, Dame Carol came up with 10 recommendations to make work healthier, many of which have produced some clear results.

The introduction of the electronic fit note, for example, has been a success, with Dame Carol hinting at the conference that more changes are on their way, while cross-government interest in workers’ health is championed by the government’s Work and Health Unit.

However, one particular recommendation did not achieve the results she envisioned. The Fit for Work service, which Working for a Healthier Tomorrow said should be “based on case-managed, multidisciplinary support for patients in the early stages of sickness absence, with the aim of making access to work-related health support available to all”, was scrapped for referrals last year due to poor referral rates.

Dame Carol said organisations, workers, health professionals and the government have finally shaken the belief that employees do not always have to be “100% fit” to work. In fact, many are waking up to the idea that “good” work can actually be good for health.

“I wouldn’t be standing before you today if that were true and I know many people who would say that if you’re not 100% fit, that doesn’t stop you working,” she explained.

But what constitutes “good” work is being challenged as the world of work evolves. New technology is disrupting the arrangements that organisations have with their staff, as evidenced by Matthew Taylor’s review in 2017, and many workers in the so-called “gig economy” do not even have access to basic workers’ protections such as sick pay if they were to fall ill.

However, Dame Carol noted that society is beginning to realise the challenges that particular groups of workers face. “Gig workers, people who are caring – they all have needs we now recognise and many organisations are doing something about,” she told delegates to the conference.

She said that one of her biggest disappointments over the past decade is that doctors often keep people with a health condition away from work longer than they should. “I don’t think doctors have gone as far as I’d wish them to go along the route of understanding that work is, and should be, a clinical outcome for those who are in work or of working age. I would like to see rehabilitation to work as a performance measure,” she said.

Clinical research into health at work is also lacking, she claimed. “Our research base is still not strong enough and whatever subject we look at, if you don’t have a research base, we don’t make such good progress.”

Despite the wider, societal challenges, great strides have been made in employers’ attitudes to health at work. Dame Carol commended organisations for the level of attention they are now giving to mental health conditions at work, in particular.

“We didn’t talk about mental health 13 years ago, when I was appointed to lead the review,” Dame Carol said. “It’s taken a long while for us to really get to grips with mental health in the workplace.”

But although progress has been made, mental health it is still one of the biggest concerns for employers and is responsible for more sickness absence than any other condition.

She pointed to Britain’s Healthiest Workplace research, which is compiled every year by health insurer Vitality. This has shown that young employees are particularly at risk for mental health issues, with 12.5% of those in the 21-25 age category indicating they suffer from depression.

Meanwhile, 34% of employees indicate they have felt unwell because of work-related stress – and this proportion rises among employees who earn lower-incomes.

“If we do put effort and resource into mental health concerns then you are going to gain from doing that,” she advised employers.

“I’d like to ask that we promote a strain-reducing company culture. We all heave mental health problems – people’s mental health will go up and down in life – and having poor mental health for a time isn’t something that should be criticised or stigmatised. I think good mental health is reflected in really mature, really active and good handling of these problems.”

One area that organisations should focus more on, Dame Carol said, was equipping managers with the skills needed to handle their teams’ mental health concerns. And this support should not be limited to line managers – senior leaders and stakeholders should also be engaged in workplace wellbeing if they are to ensure a mentally healthy workplace.

Effort should also be taken to ensure that managers themselves are role-modelling the healthy behaviours they want their staff to exhibit. Dame Carol highlighted a Swiss study that found employees working under managers with no health problems were the healthier than those who worked under managers who had mental and physical health issues.

“Managers that are able to handle these problems well should be rewarded,” she said.

“But what can make the biggest difference? Please do put the fresh fruit and the bicycle schemes in, but please do not do it unless you’ve done leadership and stakeholder engagement and line manager capability [training], otherwise it’s a sticking plaster.”

Dame Carol said she was pleased to see many more organisations had adopted occupational health services since her review was published, although she acknowledged there was still a long way to go before OH provision was available to the entirety of the working population.

Looking back at the progress over the past decade, Dame Carol said many of the factors she identified as barriers to good health at work have been tackled.

Working for a Healthier Tomorrow said a shift in attitude was necessary to ensure that employers and employees “recognise not only the importance of preventing ill-health, but also the key role the workplace can play in promoting health and wellbeing”; that awareness of the importance of health at work, and the effect ill-health has on productivity and the economy, now definitely exists.

As Dame Carol pointed out, we are not quite at the point where we can say our workplaces are “healthy”. But we are in a better position than we were in 2008.

Tabitha Jay, director of the Work and Health Unit – a joint initiative from the Department for Work and Pensions and the Department of Health and Social Care – used her presentation at the Health and Wellbeing at Work show to highlight some of the barriers that those with disabilities or long-term health conditions face when looking for, or remaining in, employment.

“Currently, 300,000 disabled people leave work each year and the longer they stay off work, the harder it is to get them back in again,” she said. “Our ambition is for the employment, integration and inclusion of disabled people, but we need to do more to stop people from falling out of work in the first place.”

She noted that retention can be improved through easier access to occupational health services, workplace adjustments and HR practices that support people to continue working.

She reiterated that the government will launch a consultation on OH access later this year.

“Occupational health is of great value in helping employers to navigate their employee health issues successfully, and yet it has lacked sufficient government attention and investment and is only available to half of employees,” she emphasised.

In some low-paid roles, it might sometimes be cheaper for an organisation to dismiss a worker with a long-term condition on the grounds of incapacity than to put adjustments in place to help them remain in work, Jay explained.

“In the UK, relative to other countries, the costs to an employer losing a low-skilled, low-paid worker on health grounds and hiring another instead may be lower than in some other countries… A weakness of our system is people are missing out the support they need at a critical junction to stay in work,” she said.