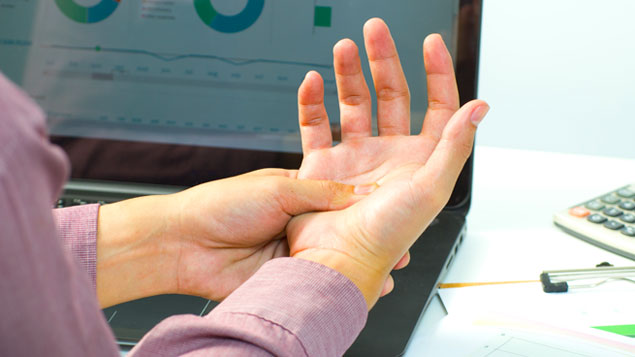 More than a third of people with arthritis or related conditions are out of work, with a fifth being forced to quit because of employers failing to make the adjustments they need, the charity Versus Arthritis has said.

Compounding the problem was the fact many were unaware of valuable support they could get to stay in work, according to the poll by the charity, which was recently created by the merger of the charities Arthritis Research UK and Arthritis Care.

For example, more than half (59%) of 1,582 people polled said they were unaware of the government’s Access to Work scheme, which is specifically designed to fund specialist work equipment, support workers, transport to and from work and mental health support services for those with an eligible condition.

The finding has prompted the charity to urge the government to do more to promote the Department for Work and Pensions scheme to people with arthritis or related conditions.

Managing employees with osteoarthritis in the workplace

The charity’s survey found that just 63% were in employment. More than a third (35%) had been forced to reduce their working hours, 26% had changed the type of work they did and 19% had found they had no option but to give up work entirely or had taken early retirement because of their condition.

Around half (51%) of employees said their employer had failed to make all the reasonable adjustments they needed, despite the organisations being legally required to make such adjustments to ensure people with disabilities are not disadvantaged or discriminated against at work.

Versus Arthritis has encouraged people with arthritis and related conditions to lobby their local MPs to promote Access to Work in parliament.

As well as the 59% who had never heard of Access to Work, a further 10% had heard of it, but did not know what it was.

Morgan Vine, campaigns manager at Versus Arthritis said: “Despite arthritis and related conditions resulting in over 30 million lost working days each year – 20% of all sickness absence in the UK – our survey shows very clearly that not enough is being done to ensure that people with arthritis are being fully supported in work, and many are unaware of their rights or where to access support. This simply isn’t good enough.

“The Access to Work scheme can provide some of this much needed support, but it’s currently falling short. The UK is experiencing its highest levels of employment in almost fifty years, yet only 63% of people with arthritis are in the workplace, compared to 81% of working age adults without a health problem.

“If the government is serious about supporting one million more disabled people into work by 2027, it must act now.”

Jenna Mouland, senior programme manager at the Centre for Ageing Better, said employers needed to use services such as Access to Work to ensure their staff were getting the support they need, along with having regular conversations with workers about their requirements.

“Workers have the same rights when they develop a long-term health condition as if they were to break a leg, but support is often not tailored for their needs,” she said.

“Falling out of work involuntarily leads to significant long-term problems, including loss of income and retirement savings, weakening social connections, and a diminished sense of purpose.”