By Ashleigh Webber on 5 May 2020 in Testing, Coronavirus, Health and safety, Latest News, Resignations, Whistleblowing 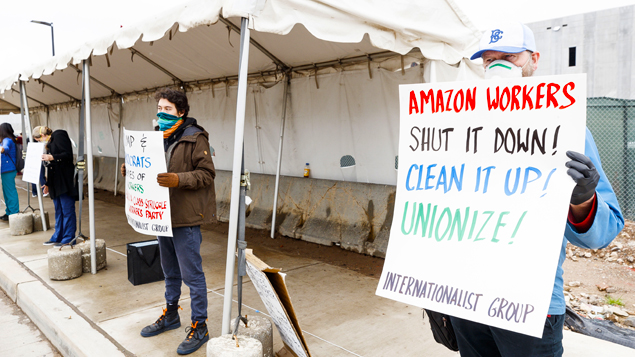 Amazon workers in New York staged a protest on 1 May 2020. JUSTIN LANE/EPA-EFE/Shutterstock

A vice president at Amazon has resigned “in dismay” at the company’s treatment of workers who criticised working conditions that they believed put them at risk of coronavirus.

Tim Bray, a senior engineer at Amazon Web Services, announced his departure from the online retail giant in a blog post yesterday (4 May), which stated the company’s decision to dismiss workers who had organised protests against working conditions had been “designed to create a climate of fear”.

It has emerged that the company allegedly dismissed the organiser of a small protest against working conditions at a warehouse in New York, while Bray said it had also sacked office staff who had been organising another protest and had spoken out about climate issues.

Bray’s blog post says that “firing whistleblowers” is “evidence of a vein of toxicity running through the company culture”.

“I choose neither to serve nor drink that poison,” he adds.

He says remaining an Amazon vice president “would have meant, in effect, signing off on actions I despised”.

Amazon has long faced criticism about its alleged working conditions and Bray is the first senior employee to speak out about them publicly.

Amazon declined to comment on Bray’s resignation, but a spokesperson said the health and safety of its employees was a top concern.

“We expect to invest approximately $4 billion from April to June on Covid-related initiatives to get products to customers and keep employees safe,” the spokesperson said.

“This includes spending more than $800 million in the first half of the year on Covid-19 safety measures, with investments in personal protective equipment (including deploying 100 million+ masks to sites), enhanced cleaning of our facilities, less efficient process paths that better allow for effective social distancing, higher wages for hourly teams, and developing our own Covid-19 testing capabilities, etc.”

In a blog post, Amazon said it had implemented disinfectant spraying and temperature checks across its operations globally. Employees who work in a role that can be done effectively from home were welcome to do so until at least 2 October 2020.

Last month the company was forced to temporarily close six warehouses in France after a court ordered it to stop all but essential deliveries. 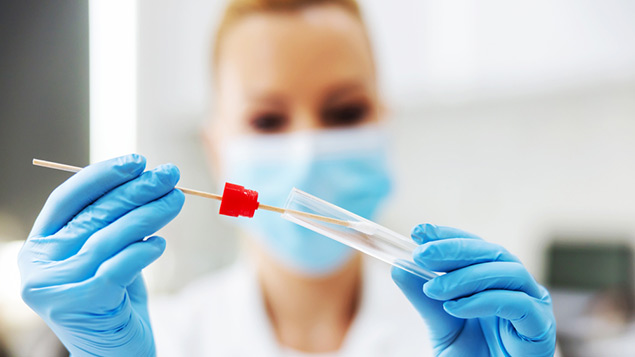 Legal risks of Covid-19 testing in the workplace

Many employers are content on their staff relying on the coronavirus testing service provided by the NHS but, for some,...