Are we at risk of creating a middle manager ‘lost generation’? 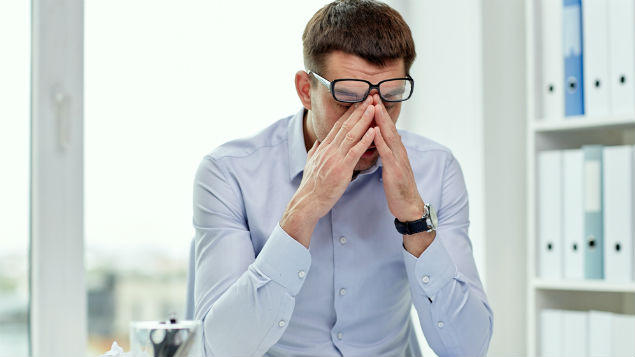 Middle and senior managers are, rightly, seen as a pivotal part of effectively managing mental health in the workplace. But too often their own mental health needs, and tendency to be “stiff upper lipped” are being ignored, argues Michelle Chance.

It is probably fair to say employees rarely feel sorry for their line managers. Nevertheless, when it comes to mental health, we should all be concerned about the risk that we are creating a “lost” generation – mid-ranking or senior managerial positions and partners in professional services firms.

“A type” personalities (or those who are often more outgoing and ambitious but also impatient and anxious) tend to be most attracted to these managerial roles, yet they are also significantly more likely than other personality types to be adversely affected by mental health issues. What’s more, they are also the least likely to admit it and seek the help they need.

This is further borne out by the fact that the Office for National Statistics’ Opinions And Lifestyle Survey revealed in May that high earners are far more likely to drink alcohol than those in manual jobs.

Finance workers, lawyers and doctors were among those classified as higher earning managerial and professional occupations. Hazardous drinking among those aged 45-plus in this higher earning category had increased significantly since 2005, the ONS highlighted.

Line managers are, of course, meant to be responsible for spotting the signs of early mental health issues in their team members. But who takes responsibility for the line manager/partner’s mental health and wellbeing?  All too often, sadly, the answer is no one.

If a senior individual is going through a life-changing event such as divorce, death or terminal illness of a close family member, someone in their organisation should be tasked with recognising that these are exceptionally stressful situations and ensuring they receive the support they need. These individuals are statistically the least likely to ask for help for fear of being viewed as “weak”.

They are of the stiff-upper-lip generation who tend not to share their emotions in the workplace, as they feel it is “unprofessional” to do so. Conversely, vulnerability is more commonly viewed as a sign of strength and authenticity by “Generation X” and millennials, so contributing to a more honest and open workplace culture.

It is positive and encouraging that younger generations in the workplace view seeing their psychologist/psychiatrist/counsellor regularly, in almost the same vein as seeing their personal trainer. A healthy mind contributes to a healthy body and one cannot truly be had without the other.

Fitness incorporates mental as well as physical strength and wellbeing. Just look at the popularity of yoga, pilates, meditation, mindfulness classes and retreats. Seeing a psychologist does not insinuate there is something “wrong” with you an individual. Often it is a preventative measure to ensure ongoing positive mental health. It is akin to having a check-up, like a car has an MOT, to ensure that you are firing on all cylinders.

To take a personal example, my son, who is of primary school age, suffers from severe allergies and has annual check-ups and skin-prick tests at hospital.  I had not really given the potential psychological aspects of his allergies much thought, until I received a call from the hospital. It was his psychologist inviting my son, my husband and I to attend a workshop for children and parents of children with severe allergies to discuss the anxiety that may accompany their allergies. This included the fear of being different, of standing out from their friends and positive coping mechanisms for this.

This was reinforced to me when my son explained how upset and anxious he was about having to carry his epipens and antihistamine medication with him at all times during a recent school outdoor pursuits trip.

Similarly, my daughter’s senior school has an on-site counsellor, and the pupils can and do regularly self-refer themselves to discuss any concerns they may have on a confidential basis.

Importance of an open culture

Intriguingly, it is the parents who often find this much harder to cope with than the children, particularly the fact their children are talking about their emotions to a stranger and not them –they are unaware of the detail of what is being discussed in the counselling sessions.

Talking openly about emotions and learning how to process and deal with them is normal for many senior school-age children, and it should be for our generation too. There is a lot we can learn from our children and millennials in this regard.

Measures also need to be taken to clamp down against and stamp out isolating and excluding behaviour, bullying, discriminatory and offensive comments amongst managers at the same/similar grade and level as each other.

This is something organisations struggle to deal with at the mid-management ranks/ senior levels. Yet it can significantly and detrimentally affect the mental health and wellbeing of those at/near the top levels of management, who may be less likely to feel able to speak out against it, when it is happening to them, rather than to junior team members who they manage and feel an obligation to protect.

Workplaces have taken a lot of positive steps to encourage wellbeing and to attempt to normalise and de-stigmatise mental health issues, in the same way as physical medical conditions in the workplace.

But the missing link and “forgotten generation” in the workplace, which needs to be urgently addressed, is the mental health and wellbeing of those in mid and senior managerial positions. Managers can only look after the wellbeing of their team members properly if they themselves have good mental, as well as physical, health.