Criminal law and fatalities in the workplace: what HR needs to know 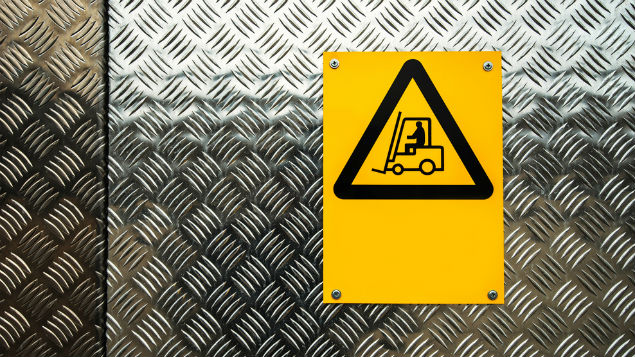 A case study of the events following a fatality involving a fork lift truck driver highlights the issues most relevant to HR.

Fatalities in the workplace are a challenge for HR and the stakes are high with the potential for criminal charges, large fines and imprisonment. Andrew Katzen and Claire Wallace offer a case study with lessons on how to manage each stage of an organisation’s response.

A fatality at work is among the most difficult circumstances a business can face, and the aftermath is rife with potential for conflict. In a worst-case scenario staff and management involved may seek to shift blame onto each other while a criminal investigation gets underway.

It calls for every ounce of skill and diplomacy the HR team can muster to avert lasting harm to workplace relationships and promote everyone’s best interests. This article will consider the events following a fatality and highlights the issues most relevant to HR professionals.

CASE STUDY:  Joe Mullins, an employee in a distribution centre, is found unconscious in a warehouse and is taken to hospital but pronounced dead on arrival. Rumours are spreading that it was exhaust fumes from a forklift truck Joe had been driving inside the warehouse immediately prior to his death that caused his death. There is talk of a walkout if the entire fleet of forklift trucks is not taken out of service and checked.

Following notification that a death has occurred, the coroner will take possession of the body of the deceased and a post-mortem will be arranged. At this point HR will be focusing on keeping up morale and maintaining business continuity.

FAQ: Following a fatality can directors and senior managers be prosecuted under the corporate manslaughter and corporate homicide act 2007?

A clear statement from HR that management are committed to finding out what happened can help settle nerves in the workplace.

It may be necessary to remind management that, even under the terrible pressure of a workplace death, it is important to set a civil  tone, retain stability and protect the legal rights of all players.

This will reduce the risk of polarising workforce opinion, which can cause unnecessary damage to both morale and outcomes.

A primary focus at this point will be an internal investigation to establish how the death occurred. Employees may well feel nervous about being interviewed, but employers are entitled to expect answers from their staff.

Except in certain professions, such as teaching or nursing, employees have no entitlement to bring a lawyer or external representative with them to an interview, although they can bring a colleague or union rep.

If the employer does not press on with the investigation, they are likely to be on the back foot later on if the police or the Health and Safety Executive (HSE) raise difficult questions about liability for the death.

CASE STUDY continued: An internal investigation starts, and it is now clear that Joe had been driving an LPG (liquid petroleum gas) powered forklift truck inside the warehouse immediately prior to his death. Joe’s team leader is interviewed. He says he is not willing to talk to anyone about what happened without his own lawyer and is warned that refusal to answer questions could result in dismissal. He has now denied that any LPG truck was overdue a service, but says that there is no way of knowing which truck was being used on the day.

Key legal points for a death at work

Individuals and the corporate body can be criminally prosecuted for a death at work in the following ways:

The company could, at some stage, be asked to hand over its internal interview records to the police or at an inquest. It is therefore essential to make a written or audio record of what people say in case accounts, and if written they should be signed.

The coroner has a police officer on permanent secondment who will liaise with the local police service. In any case where a workplace death is not a natural one, the police will be first on the scene, and will investigate.

In all cases the police will inform other relevant enforcing authorities as soon as practicable, which will then investigate possible health and safety offences.

All these investigators have extensive powers. They can require the production of documents, request interviews with witnesses, and conduct interviews under caution with anyone they suspect of an offence.

Once the police are involved the company will be alive to the risks of a criminal investigation, but management may need prompting to consider the welfare of their staff as the process unfolds.

CASE STUDY continued: The post-mortem showed raised levels of carbon monoxide (CO) poisoning in Joe’s blood, but there was clearly some exposure at home as well as any that occurred at work. Police have been interviewing a wider range of staff. The warehouse manager has been interviewed as a witness and said the company told him to delay a service due on a forklift truck because margins are very tight at the moment. In so doing he may have incriminated both himself and the company. The police are now moving to a series of interviews under caution.

While management will often understand the rationale for helping senior staff with legal costs to avoid incriminating both themselves and the business, there is a case for helping junior staff as well, even where they may have made errors.

Cutting an employee loose increases the risk that he or she will be subject to pressure by the police or the HSE. Failure to encompass the employee perspective can prejudice the legal rights of both employees and company.

HR can play an important role in helping the employer develop a clear position on funding advice for junior staff, and also ensure that employees are aware of funding sources such as household and motor insurance or trades union support.

Blame tends to transfer upwards in an organisational setting. Even if it is a junior staff member who has made the fatal mistake, the spotlight will then turn to the question of training, supervision and record-keeping by more senior staff.

Serious offences that can be brought through this route include corporate manslaughter by a company, gross negligence manslaughter by individuals or directors, or significant breaches of health and safety law.

If the fatality results from a workplace incident, both managers and other staff are likely to be called as witnesses at an inquest. This may not proceed for some time if police or the HSE are investigating. It is a fact-finding process and not a trial, although witnesses may be questioned on their evidence by the coroner and a range of properly interested persons (or their lawyers).

If there is suspicion that a serious criminal offence (other than a health and safety offence) occurred, an agreement between the Chief Coroner, the Coroners’ Society and the Crown Prosecution Service (CPS) on their respective roles and responsibilities provides for the coroner to suspend the investigation and adjourn any inquest pending the outcome of the police investigation. There is also a Memorandum of Understanding between coroners and the HSE, which gives the coroners a discretion on whether to hold back the inquest while the HSE investigates.

Decisions on whether or not to bring a prosecution should therefore occur before an inquest, partly in order to prevent witnesses from incriminating themselves when giving evidence. But individuals may inadvertently make admissions at an inquest, which result in charges, either against themselves or the business.

CASE STUDY continued: The police have now checked the records for all the company’s LPG vehicles, together with training records, supervision records and other documents, and are satisfied there has been no serious offence. The CPS and HSE both agree there should be no charges and the inquest opens with both Joe Mullins’ family and the company represented. Under cross examination the operations manager admits that CCTV shows a forklift which is not featured in the company records. The coroner adjourns the inquest for the CPS to reconsider charges.

It is worth considering whether the company, management and any employees called as witnesses should be separately represented at the inquest (or at least have advice before giving evidence).

A manslaughter conviction is hugely damaging for either employer or employee, and new sentencing guidelines for health and safety offences, which were brought in at the beginning of 2016, mean that companies face fines based on turnover, and individuals can receive prison sentences in serious cases.

Sometimes, it is better to admit an offence and plead on an agreed basis to avoid a more serious conviction. Sentences can be reduced with compelling mitigation after a guilty plea, whereas this almost never works after a case has been fought. As a damage limitation strategy this has much to recommend it.

The lesson for companies is that HR needs the resources and the backing to ensure individuals consider their position with professional help sooner rather than later in the aftermath of a fatality in the workplace.

About Andrew Katzen and Claire Wallace