Automatic for the people: how HR brings robots and humans together 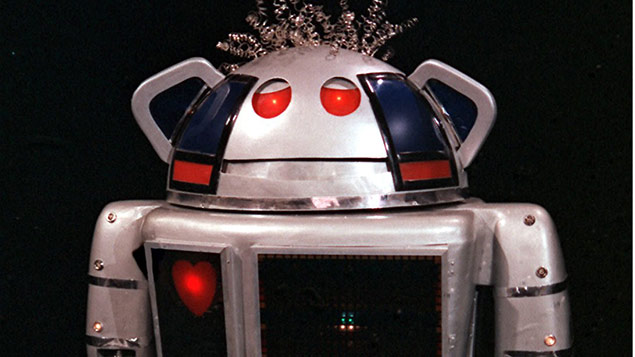 Your next employee? Metal Mickey was a feature of 1980s kids' television
ITV/REX/Shutterstock

There have been numerous predictions about the impact of automation on certain jobs, but it need not all be bad news. Cath Everett looks at HR’s role in a future where humans and robots work better together.

The workplace world of the future could go one of two ways, according to Professor Chris Brauer, director of innovation for Goldsmiths’ Institute of Management Studies at the University of London.

We could either face the apocalyptic path first laid out in a report by Deloitte and Oxford University in 2013, suggesting that 35% of all UK job types would be replaced by robots within 20 years, leaving workers to either manage machines or languish on the dole queue.

Or we could be presented with Brauer’s rather more optimistic world view, that the workplace will be staffed by hybrid teams of machines and “augmented humans” that will generate much better outcomes together than they ever would individually. We see this played out in freestyle chess, where the combination of a person and a supercomputer win out over just a computer or a person every time.

“The highest unit of productivity is the ‘augmented human’, using their highest capabilities in ways that machines can’t do, and so ‘augmented’ as an approach will offer a powerful alternative to automation-only,” he explains.

“Machines are very good at deterministic jobs, which are repetitive and process-oriented, but where people will contribute is in areas such as creative and strategic thinking, intuition and problem-solving.”

His findings are laid out in a research report published by Goldsmiths at the end of January, entitled “FuturaCorp: Artificial intelligence and the freedom to be human”.

For a long time now, we’ve been trying to get humans to behave more like machines and for machines to act more like humans, but the danger is that it’s just pushing towards general mediocrity” – Prof Chris Brauer

The study posits that over the next few years, while 80% of deterministic, admin-based jobs will be usurped by artificial intelligence (AI)-based systems, the same ratio of complex problem-solving tasks will continue to be undertaken by people.

Meanwhile, probabilistic work activities, which are about coming up with ideas based on the available data, will be shared equally between machines and humans, who will be “augmented”.

This will either be by working in conjunction with AI systems or other technology such as augmented and/or virtual reality.

This joint way of working could boost productivity by up to 3.5 times compared with today – and possibly even more once we better understand the true potential of the human/machine partnership.

But just as importantly, Brauer also believes that this kind of collaboration will free workers up from having to undertake dull, “dehumanising” tasks that all too often lead to stress and anxiety as they require people, who are generally creative beings, to behave like “square pegs in round holes”.

“For a long time now, we’ve been trying to get humans to behave more like machines and for machines to act more like humans, but the danger is that it’s just pushing towards general mediocrity,” he says.

“We shouldn’t be afraid to let machines do deterministic stuff as it’s dehumanising and, hopefully, in the process, we’ll learn how to re-humanise work and bring back activities that should have been the focus all along.”

One organisation that has been attempting to do just that is recruitment consultancy Alexander Mann Solutions (AMS).

Over the last 18 months, it has introduced seven AI robots into its various global service centres to undertake routine admin work.

One of the robots called Doris is able to process as many as 72,000 candidate documents in 48 hours, a process that previously took 10 full-time workers two months.

The move has not led to job losses as employees have been freed up to undertake higher-value tasks, which include spending more time speaking to candidates and focusing on personal interaction in order to support them through the recruitment process.

Jeremy Tipper, the company’s consulting and innovation director, says: “We anticipate in our own business and that of our customers’ that, even though there’ll be a shrinkage in some roles done by humans, there’ll be growth in other areas.

“If you can automate processes and make them more cost-effective to manage, it’ll lead to an increase in roles requiring creativity and human intervention such as relationship management. This will create an experience that’s more personalised and human than it often is today.”

In a bid to personalise the robots and make them more “real”, meanwhile, each has been assigned a name and character.

What should be automated?

But Tipper acknowledges that managing hybrid human/machine teams does require “a slightly more strategic form of leadership from managers”.

A key focus initially is working out which processes can and should be automated and how to maximise the value of human and machine resources available.

It is also vital for managers to communicate clearly and effectively with their team about what such a shift will mean for them, how their roles will change and what the personal benefits will be.

Another important ingredient is ensuring that adequate training is in place to help staff – and themselves – transition effectively to the brave, new world.

Tipper explains: “The ‘build’ bit of the traditional ‘buy, build or borrow’ approach to strategic workforce planning is really key and organisations are going to have to get smarter about how they re-skill their workforces.

For example, in each of our service centres, we have an AMS Academy to help fill the skills gap and ensure team members are equipped to do the job.”

Euan Davis, senior director of Cognizant’s Center for the Future of Work in Europe, the Middle East and Africa, on the other hand, advises starting small with automation, introducing it into one part of the business in order to understand its impact, before rolling it out more broadly.

He also believes that developing hybrid teams is not just about staff learning to work with robots. In his view, it is about “thinking through how you can take a more consistent approach to how data is used in the business”.

This involves working out what data, tools, policies and roles will be required to make the situation work – areas is which HR will inevitably have an important role to play.

But Davis also expects that such a shift will lead to the creation of completely new posts in which, for instance, individuals are tasked with visualising what the patterns in data spotted by AI systems could mean for the business and how they could best be exploited.

Goldsmiths’ FuturaCorp study cites other examples. These include “technology brokers” who buy in advice and negotiate support for different organisational functions to ensure that all systems are compatible and able to collaborate.

There are also “interactionists”, whose job it is to understand and enhance the user experience as well as improve collaboration between people and machines in order to boost productivity.

Another increasingly important role for HR, believes Davis, will be to help shape a positive corporate culture and employer brand. “Increasingly culture will be what determines the success of one company over another,” he says.

“A big driver in the internet age is transparency and if you want to hire the brightest and best, you need to clarify the quid pro quo as to why people, and particularly gig workers, should work for you.”

There are further implications in a wider cultural and societal sense, particularly in terms of education.

Brauer explains: “From an education and training perspective, we have to produce people capable of skills such as cross-functional reasoning and critical analysis.

He argues that STEM (science, technology, maths and engineering) education will be less important. “There’ll be no room for mathematicians doing calculations. It’ll be about designers and conceptual people asking the right questions of machines,” he suggests.

Finland has begun to bite the bullet here, after introducing learning practices based on interdisciplinary topics, rather than siloed subjects into its schools last year.

But the UK still has a long way to go, not least because, as Brauer points out, the biggest challenge universally in turning his vision into reality will be the “shift in cultural consciousness” required to put the right conditions in place.

“Organisations, industries, countries and political bodies are all struggling to advocate for a future with this kind of optimised humanity working side-by-side with technology,” he concludes. “The problem is that shifting cultural consciousness is easy to say, but it’s much harder to do in reality.”