Cutting taxes to give employee health a boost 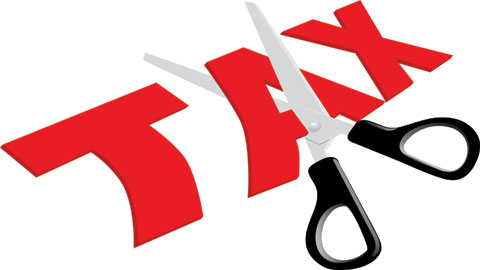 The Government’s 2013 Budget fleshed out parts of its Health and Work Assessment and Advisory Service. Nic Paton looks at how the details will affect the occupational health profession.

It would be fair to say Chancellor George Osborne’s announcement in the March Budget of a targeted tax relief on health-related interventions was not a huge surprise to anyone. The move had been heavily trailed in the Government’s response in January to the Frost/Black Health at work – an independent review of sickness absence report.

The centrepiece of that document was the announcement of a new Health and Work Assessment and Advisory Service (HWAAS).

However, in line with the Government’s frequent hints in this area since coming to power in 2010, ministers said in January that the establishment of this new service “gives us the opportunity to consider whether a more targeted relief focused on the cost of interventions recommended by the service or an alternative approach based on the allowable business expense regime would be effective in encouraging employers to provide greater support, and provide greater value for the Exchequer”.

At the time, it added: “We will consider this further and make a decision at the 2013 Budget.”

So the OH profession was watching closely and waiting with some anticipation for what the chancellor would reveal when he presented his Budget on 20 March.

The result? First – as also trailed in the Frost/Black response – a decision to abolish the Percentage Threshold Scheme from April 2014 and “recycle” the funding into the creation of HWAAS. Second, the introduction of “a targeted tax relief so that amounts up to a cap of £500 paid by employers on health-related interventions recommended by the service are not treated as a taxable benefit in kind”.

The consensus from OH practitioners and the wider profession is that the move is, as yet, somewhat light on detail – something that should hopefully be resolved through a consultation process later this year. But overall, it is being seen as a positive step – although given the relatively small amounts of money involved, as much for its symbolism as for what it is offering employers in terms of hard financial benefits

“It is a very important, symbolic step in terms of allowing employers to invest and get their people back to work,” says Dr Sayeed Khan, chief medical adviser for the manufacturers’ organisation EEF.

“The devil, as ever, will be in the detail. It may be particularly attractive for small and medium-sized enterprises that have not had access to an OH service. So it will be a question of waiting and seeing.

“But it is definitely a start towards a possible future where the whole thing about keeping people in work and helping people return to work earlier is built properly on a tax-relieved system, and everyone feels the benefit of that.”

Joy Reymond, head of rehabilitation services at Unum, agrees that, financially, it is “modest”. But she adds: “It is more signalling a point of view rather than intent.”

While less optimistic than Khan in terms of whether or not it might act as a stepping stone to the introduction of a more extensive system of tax breaks in this area, she argues the scrapping of the Percentage Threshold Scheme – which offers a measure of compensation for employers faced with high levels of sickness absence – is an important symbolic move by the Government.

“Previously it was, in effect, saying: ‘We are giving a relief to small employers with high absence rates’,” Reymond says.

“Now it is indicating that businesses should be spending all that money on helping to get people back into work. It is all part of ­signalling the bigger message that being in work is better than not ­being in work.”

Some within the private healthcare sector, however, are disappointed the Government has not gone even further with the scheme.

Patrick Watt, director of corporate at Bupa Health Funding, says Osborne’s intervention, while welcome, “is a missed opportunity”: “We would like to see [the Chancellor] go even further with the removal of all tax disincentives to help promote all workplace health improvement schemes.

“Our research shows that the health improvements achieved would actually save the economy £443 million a year – far more than the tax it brings in.”

In fact, there is also a danger that the move – somewhat counter-­intuitively – could even create a disincentive to invest.

“The Chancellor’s intention to adopt a low financial limit may actually create a new disincentive through increased compliance costs: companies would need to identify cases qualifying for this new exemption and monitor spending on a case-by-case basis to ensure that the tax-free limit is not breached,” Watt says.

However, Dr Mike O’Donnell, medical director at Health Management, argues that the move could be popular with individual employers, especially smaller firms.

“I think it is welcome. There are a lot of interventions that are less than £500 – for example, half a dozen sessions of physiotherapy, so it may well be attractive to ­employers in that the tax will be recoverable. For straightforward interventions, it could be an effective way of getting people back into work,” he says.

“But we are lacking a bit of detail. For example, is it £500 per intervention or £500 over the course of the year? It would be nice to have some clarity on that. If it will encourage people to spend money in this area, it will be a good thing.”

Similarly, James Freeston, sales and marketing director at Axa PPP healthcare, argues that it is “a step in the right direction”.

“The change should encourage employers to work in partnership with employees and healthcare providers to play a bigger part in improving management of sickness absence and in cutting the needless flow of people out of work and on to benefits,” he says.

“We know from experience that targeted rehab cover, which pays for treatment of employees whose illness or injury is stopping them from doing their job, can expedite their recovery and return to work – especially employees affected by two of the main causes of long-term sickness absence: musculoskeletal disorders and psychological problems such as stress, anxiety and depression.”

Christina Butterworth, president of the Association of Occupational Health Nurse Practitioners, agrees that, in general, the tax break is a positive step.

“My one concern is that it will only be for interventions through the HWAAS, so what about all the good OH nurses out there who will not be able to recover it? There are a lot of organisations that have good services, but will not be able to benefit from this,” she says.

If it helps to remove barriers to OH services, especially to accessing counselling and physiotherapy rehabilitation services, then the move will definitely be a positive step, predicts Geny Foster, chair of the Commercial Occupational Health Providers Association: “OH providers are the first port of call for any employers dealing with mental health and musculoskeletal disorders, and this is a welcome help for businesses who invest in the wellbeing of their employees.

“The fact, too, that this is something many in the profession and the wider industry have been pushing for some years means that, while it may not have gone as far as everyone would have liked, it is still a significant step.”

As Richard Jones, head of policy and public affairs at the Institution of Occupational Safety and Health (IOSH), says: “IOSH has been calling for this for many years and a recent IOSH-commissioned survey of UK small and medium-sized enterprises – conducted by ComRes – showed support for these sorts of Government incentives.

“We are delighted at the inclusion of this concession, which is an important start and recognises that removing tax disincentives could help encourage more employers to provide useful support for ill or injured employees.

“Removing tax disincentives and encouraging employers who want to do the right thing for their employees is a win-win situation for everyone. It’s good for employers and businesses, it’s good for workers and their families, and it’s good for the economy and society as a whole.”

The Government spends £13 billion a year on health-related benefits and employers face an annual bill of £9 billion on sick pay, points out Dr Richard Heron, president of the Society of Occupational Medicine.

To that end, incentivising workplace health in this context is an important way to reduce the benefit bill and, more importantly, help keep workers healthy.

“If people fall out of work through sickness, research shows it can be very difficult to re-enter the workforce. This should support employers to help their staff quickly so they remain in work.”