By Stephen Simpson on 17 May 2016 in Health and safety, Case law, Discipline and grievances, Dismissal, Unfair dismissal 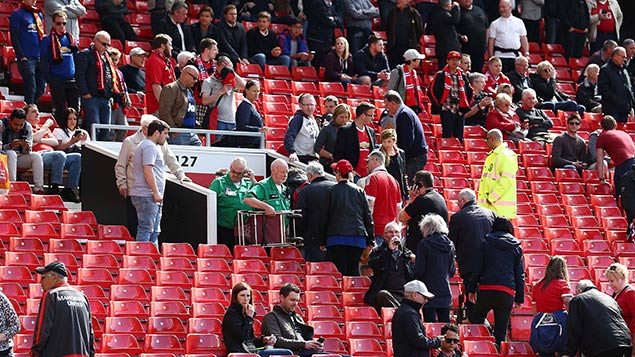 A mistake by a private security company during a training exercise led to a fake bomb being left in a toilet at Old Trafford, resulting in the evacuation of 75,000 fans at Manchester United’s final league game of the season. Estimates put the cost of rearranging the game at £3 million. What is the legal position for employers when an employee makes a single serious mistake at work?

Stephen Simpson rounds up five examples from case law in which employees have been dismissed for one-off mistakes at work.

Can an employer dismiss an employee for a one-off act of poor performance?

The leading case has long been the 1977 Court of Appeal decision in Taylor v Alidair Ltd.

In that case, the Court of Appeal held that it was fair to dismiss an airline pilot whose negligent landing put the lives of passengers at risk.

The pilot’s actions amounted to gross incompetence and could have had deadly consequences. The airline was entitled not to take the risk of a recurrence.

While employers must operate a series of warning, the courts and tribunals will normally understand if an employer dismisses an employee for an action that has potentially serious safety consequences.

2. But serious errors are not an automatic reason to dismiss

The courts and tribunals are less likely to allow employers to dismiss an employee for a mistake that is unrelated to health and safety.

In the 1981 case Inner London Education Authority v Lloyd, the Court of Appeal limited the application of its own ruling in Taylor v Alidair Ltd.

There, the Court of Appeal distinguished between making a mistake that could endangers lives (as was the case in Alidair) and gross incompetence where an employee has not been given the proper support to do his or her training (which was the case in LLoyd).

The lesson from Inner London Education Authority v Lloyd is that gross incompetence will only “excuse” a serious failure to follow proper dismissal procedures where continuing with employment would prove a risk to health and safety of others.

3. Employee’s mistake that put his own life at risk was fair reason for dismissal

In a number of cases involving one-off mistakes, employees have put themselves at risk, but there was no danger to anyone else. Should this make a difference?

In Mulla v Nestle UK Ltd, an experienced employee entered a high-risk piece of machinery without following the correct procedures.

The machine had just been brought back into operation after a fatal accident. Strict rules had been introduced involving a system of master and slave keys and a requirement to wear an orange tabard.

The employee, who was wearing a green tabard (the wrong colour), entered the machine without a key for a short period (less than a minute).

Following his dismissal, the employment tribunal concluded that he had given no consideration to workplace safety and had acted thoughtlessly.

His unfair dismissal claim was rejected.

Employers looking at the law on dismissals for one-off mistakes may be concerned that the leading case Taylor v Alidair Ltd is from a very long time ago.

Are there any more recent examples from the case law?

Issue an employee with a formal verbal warning for misconduct

Give an employee a first written warning for misconduct

Although not a binding case, Farah v Mitie Transport Services Ltd is a good example of a more recent fair dismissal for a single breach of safety protocol.

In that case, the employer dismissed a cleaner who was caught wearing headphones while cleaning a train exterior.

Due to the serious – potentially fatal – risks posed by working on and around trains, the company has strict health and safety rules on wearing headphones while working.

The employment tribunal dismissed his claims, including for unfair dismissal. The tribunal found that dismissal was an appropriate sanction in the circumstances.

5. Serious mistake is no excuse for an on-the-spot dismissal

Even when an employer believes that an employee has become a liability, it should still follow the Acas code of practice on disciplinary and grievance procedures as far as possible.

In Vickery v Kars of Tiverton Ltd, an inexperienced garage mechanic was instantly dismissed for not tightening a bolt on a car that he had been working on.

The employment tribunal held that the dismissal was unfair because the employer had not followed a fair procedure under the Acas code.

The tribunal pointed out that the claimant was in the first year of an apprenticeship and under the direct supervision of an experienced mechanic, who should have checked his work.

Dismissal for a single serious mistake may not be fair if the individual is inexperienced and is not being supervised properly.