Is technology a drain on productivity?

By Cath Everett on 17 May 2016 in HR Tech Talk, Onboarding, HR Technology 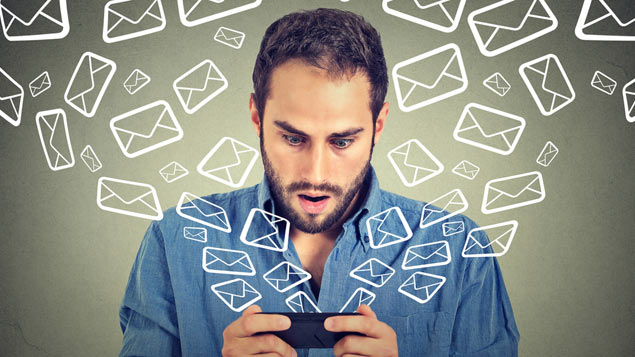 Technology is designed to help people do their jobs more efficiently. So why does it have such a big role in destroying productivity, and what can HR do about it? Cath Everett reports.

The UK’s poor productivity levels have been a topic of heated debate since the end of the recession – and things don’t appear to be getting any better.

How to manage a workaholic employee

In fact, a study released by left-wing thinktank the Smith Institute in March revealed that more than two-thirds of its 7,400-employee sample felt that they were working longer hours than two years ago.

But only 10% believed they were more productive and a quarter thought that their productivity had actually fallen.

The findings were backed up by the Office for Budget Responsibility, which indicated that growth in output per hour worked over the next five years would be lower than expected – and act as a huge drag on the UK economy.

Some 82% of workers saw technology as something that was “necessary and inevitable” to boost their productivity – even though one-third believed that it would eventually result in their role being replaced.

Yet, at the same time, the average office-based employee wastes 11.4 hours per week, costing their employer £11,225 per year, according to cloud software provider Workfront.

Its report cited the following as the biggest productivity-killers:

So with technology being cited in three out of four instances of time-wasting, the question then becomes, is it actually helping to solve the UK’s productivity problem or simply making it worse?

The picture is mixed depending on where you look. For example, when activities made up of impersonal processes (such as logistics, manufacturing and even document management) are automated, productivity appears to improve, often quite drastically.

The same applies when people are enabled to do things that would otherwise be difficult or impossible, such as helping someone with visual impairments to use a computer screen or making it easier for parents or carers to work remotely and therefore flexibly.

But where it comes to an issue of more unstructured communication and collaboration with others, the opposite appears to be true.

[Technology] helps in some places, but when it comes to supporting workers and their communications, we’ve not quite got it right.” – Gareth Jones, The Chemistry Group

Gareth Jones, partner and head of technology at business management consultancy The Chemistry Group, explains: “In some places, technology really cuts down on effort, but in other places it’s really increased it so the benefits are cancelled out. So does technology help or hinder productivity? Yes, it helps in some places, but when it comes to supporting workers and their communications, we’ve not quite got it right.”

A key issue, he believes, is the “always-on” culture generated in particular by the ever-growing use of mobile devices. But this “loosening of work-life boundaries” means that people are spreading themselves too thin and losing the ability to prioritise.

“The pressures of globalisation means that everything is a priority and so they end up doing a bit of everything”, Jones says.

Becky Mossman, global HR director of HireRight, which provides pre-employment screening and background checks, agrees. “A lot of companies are global these days, but being constantly available 24/7 burns people out and potentially makes things take longer as they can’t be on full throttle all the time,” she says.

“But if you have a more structured day, I genuinely believe you achieve more. Expanding the day may feel like you get everything done, but you can end up in a world of conversations rather than action.”

A key bugbear here is email, which Mossman is convinced is a major productivity-killer. Indeed, the Socialist Party in France is about to vote through a measure which would give employees the “right to disconnect” rather than feeling they have to check it all the time, in or out of work.

As a result, she advises her team to treat it in a similar way to the post.

“It’s a tool to do your job – it’s not your job, which is why I say to my team that it’s not to be sat and looked at all day,” she says. “Look at it in the morning, at lunchtime and in the evening, but do your real work in between.”

Another issue is allowing technology to become a distraction in meetings, with employees endlessly looking at their phones or pretending to take notes while reading emails.

Melody Moore, senior managing consultant at management and recruitment consultancy Korn Ferry Hay Group (KFHG) explains: “So many people simply aren’t present. Technology is enabling them to have monkey-minds and jump between lots of things but it’s really bad for productivity. They think they’re multi-tasking, but they’re not really focusing properly on anything.”

Ultimately, the secret to getting it right is ensuring that individuals have control over their technology, rather than allowing it to control them.

“The danger is that people think if they bring in technology, it will automatically make things more efficient, but they forget about the people element – and it’s all about human behaviour,” Moore says.

“It’s almost impossible for HR to do it on their own. But they’re the guardians of performance management systems so there’s definitely a role for a strong HR director who can influence culture and get senior leaders to role model it.”

HireRight’s Mossman believes that if HR is part of the executive team, it can exert a stronger influence.

“It’s difficult for HR to effect cultural change if leaders are very set in their ways, but it’s about working with them to set what’s expected and what’s acceptable and feed that through processes from recruitment and onboarding onwards.”

Gary McFarlane, head of operational HR at the directorate of human resources at the University of Bradford, also believes that role-modelling is definitely the way forward.

The danger is that people think if they bring in technology, it will automatically make things more efficient, but they forget about the people element.” – Melody Moore, Korn Ferry Hay Group

“It’s about having honest conversations, and policies that reflect them,” he says. “At my last employer, for instance, internal email was banned for one day a week, in part to challenge people on their habitual ways of working. But ultimately, it was an initiative developed and promoted by senior management, which was what gave it credence and why people took to it.”

Another approach is to actively reward conduct that the organisation is keen to promote.

Moore points out that some organisations give managers the leeway to award spot prizes for special effort as part of their performance management activities.

“But if they only award them to people working long hours, they’re sending out a certain message,” she says. “So it’s about HR having a view about what productivity actually is, how you measure it, and how you reward the behaviours you want to see.”

But, ultimately, in order to ensure being productive is something sustainable in both their professional and personal lives, employees need to find a balance between the two.

“If you look at how many people are engaged and happy at work, it’s consistently poor. But if you’re not happy, you’re not going to be productive, so HR needs to take a long look at wellbeing – and maybe even find ways for technology to help improve it,” concludes Jones.