Flight crews at risk from contaminated air in aircraft 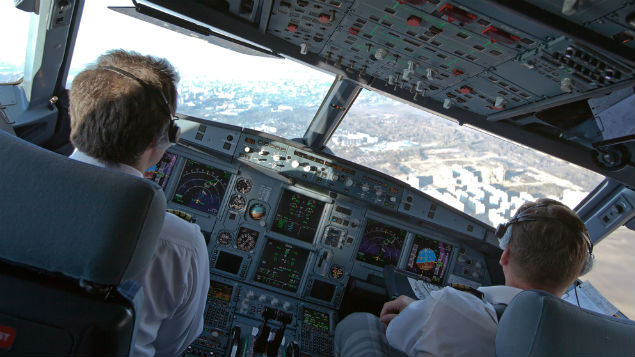 Pilots and crew exposed to contaminated ai on aircraft have shown a pattern of acute and chronic symptoms, ranging from headaches and dizziness to breathing and vision problems.

The health of pilots and aircrews could be being put at risk by prolonged exposure to contaminated air within aircraft, a study has argued.

The research by the University of Stirling, published in the World Health Organisation journal Public Health Panorama, is believed to be the first of its kind to look in depth at the health of aircrew who are suspected to have been exposed to contaminated air during their careers.

It concluded there is a clear link between being exposed to air supplies contaminated by engine oil and other aircraft fluids and a variety of health problems.

The researchers confirmed that more than 200 aircrew had been exposed to a number of substances through aircrafts’ contaminated air, and revealed a pattern of acute and chronic symptoms, ranging from headaches and dizziness to breathing and vision problems.

“There is a clear cause-and-effect relationship linking health effects to a design feature that allows aircraft air supply to become contaminated by engine oils and other fluids in normal flight. This is a clear occupational and public health issue with direct flight-safety consequences.”

Two independent surveys were conducted to review the circumstances and symptoms of working in the pressurised air environment of aircraft. The symptoms were confirmed using medical diagnoses.

One test looked at pilots’ health, and showed 88% were aware of exposure to aircraft contaminated air. Almost 65% reported specific health effects, while 13% had died or experienced chronic ill health.

The other test looked at specific oil leak incidents: 80% involved fumes only and all of the events took place when the aircraft was preparing for, or in, flight.

Two-thirds of the incidents involved further reports of fumes. A total of 93% involved symptoms ranging from in-flight impairment to incapacitation. Almost 75% included adverse symptoms in more than one crew member, with anywhere between 10 and 23 different symptoms reported in relation to 47% of events.

A total of 87% of the incidents confirmed oil leakage from the engines during subsequent maintenance investigations.

Professor Vyvyan Howard, professor of pathology and toxicology at the University of Ulster, added: “What we are seeing here is aircraft crew being repeatedly exposed to low levels of hazardous contaminants from the engine oils in bleed air, and to a lesser extent this also applies to frequent fliers.

“We know from a large body of toxicological scientific evidence that such an exposure pattern can cause harm and, in my opinion, explains why aircrew are more susceptible than average to associated illness. However, exposure to this complex mixture should also be avoided by aircraft passengers.”