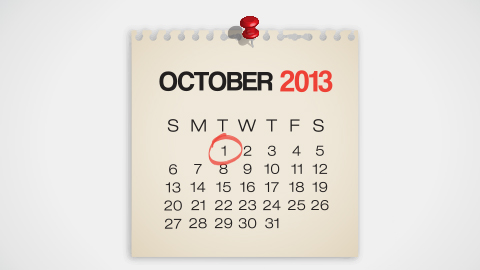 Following a busy summer of employment law changes in June, July and September, there are further new measures coming into force on 1 October 2013. Personnel Today sets out four main areas of change that HR professionals need to know about and provides useful links to find out more.

From 1 October 2013, s.40 of the Equality Act 2010 is repealed so that the provisions that previously made an employer liable if an individual is harassed by a third party no longer apply. Many employers will welcome this change. However, it is important to be aware that there are still circumstances in which employers may face other types of claims where an employee is harassed by a third party.

From 1 October 2013, the national minimum wage increases. It is also introduced in the agricultural sector.

From 1 October 2013, new regulations revoke and replace the Reporting of Injuries, Diseases and Dangerous Occurrences Regulations 1995 (SI 1995/3163) to clarify the requirements for informing enforcing authorities about serious work-related accidents and incidents. In addition, the Health and Safety (First Aid) Regulations 1981 will be amended to remove the requirement for the Health and Safety Executive to approve first-aid training and qualifications.

4. Shareholders to have binding vote regarding directors’ pay

From 1 October 2013, shareholders have the power to approve directors’ pay and will also have a binding vote on pay policy and exit payments.