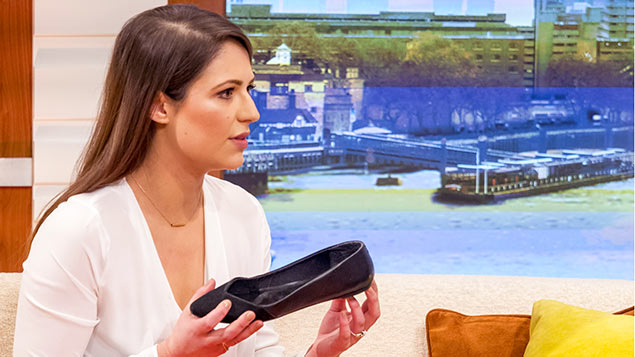 New guidance on workplace dress codes will be published by the Government, but there will be no changes to the law following receptionist Nicola Thorp’s petition to make it illegal to require women to wear high heels at work.

The Government Equalities Office, working with Acas, the Equality and Human Rights Commission (EHRC) and the Health and Safety Executive (HSE), will publish workplace dress code guidance for employers this summer.

In developing the guidance, the Government said it would consider controversial dress code requirements including high heels and footwear, make-up, manicures and hairstyle. It will also consider hosiery, see-through clothing, skirt length and low-fronted or unbuttoned tops.

The Women and Equalities Committee and the Petitions Committee highlighted such dress code requirements in their report, High heels and workplace dress codes, published in January 2017. They made nine recommendations to Government.

Thorp was sent home from an assignment at PwC after being told it was her agency’s “grooming policy” for women to wear two- to four-inch heels. Her petition received more than 150,000 signatures.

But the Government rejected the petition’s call for a new law, saying that “scope for redress already exists” in the Equality Act 2010, which makes it unlawful for an employer to discriminate or harass a person because of, or for reasons related to, sex.

“In particular, the Act prohibits direct sex discrimination,” said the Government’s response, adding: “We are clear that a dress code that makes significantly more demands of female employees than of their male colleagues will be unlawful under this provision.”

Maria Miller MP, chair of the Women and Equalities Committee, said: “Equality legislation is not sufficient to achieve equality in practice. This petition, and the Committees’ inquiry, have reinforced the need for effective enforcement of legislation and for employers and employees to be aware of their obligations and rights.

“We welcome the commitments made by the Government to increasing awareness of those rights, and hope that the next Government will monitor how this changes women’s experiences of the workplace.”

Stephen Simpson, principal employment law editor for XpertHR, said: “The Government was never going to do anything as radical as banning employers from requiring employees to wear particular types of clothing, such as high heels. That would be too prescriptive, and would surely lead to arguments over why other types of clothing, for example headscarves, aren’t also covered.

“From an employment law perspective, perhaps the more interesting recommendation from the committees’ report was that the Equality Act be changed to define exactly what legitimate aims might justify rules on particular items of clothing. For example, one aim that was suggested was allowing companies to ‘project a smart and uniform image’.

“The Government has clearly decided not to go down this route because it would be stepping on the toes of tribunals and courts. It’s really up to judges as to what counts as a legitimate aim that could be used in the future to justify a discriminatory rule.”

TUC general secretary Frances O’Grady said: “This is a welcome step towards getting rid of sexist dress codes in the workplace. But the new guidance won’t be enough if working people can’t afford to take sexist bosses to a tribunal.

“The Government should scrap employment tribunal fees so it no longer costs hundreds of pounds to access justice. This would mean workers can afford to put a stop to sexist dress codes in practice, as well as in legislation.”

“Some employers try to rely on the idea that their male staff are required to dress to an equivalent level of smartness, but that doesn’t work: high heels are almost uniquely worn by women.

“What this case shows is not that a change in the law is needed but a change in attitudes, as well as an understanding of what the law actually says.”

Other recommendations made by the committees included increasing financial penalties for employers and allowing tribunals to serve injunctions on employers but these were rejected by the Government.

In one recommendation welcomed by the Government, to develop an awareness campaign to help workers understand how they can make a formal complaint or bring a claim, the committees highlighted six industry sectors to be targeted: hotels and tourism; travel and airlines; temporary work agencies; corporate services; retail; and hospitality – especially bar, waitressing and club work.

Sarah Ozanne, an employment lawyer with law firm CMS, said: “This an issue of awareness rather than a need for legal reform. Too much intervention risks being a disproportionate response.”

Helen Jones, chair of the Petitions Committee, said: “This petition, and our inquiry, have already done a great deal to improve public awareness of the law.”

She added: “I very much hope that the next Government will honour the commitments made in the response to our report.”

The EHRC has already run a social media campaign aimed at young women to promote awareness of the law.