Government urged to prioritise mental health in the public sector 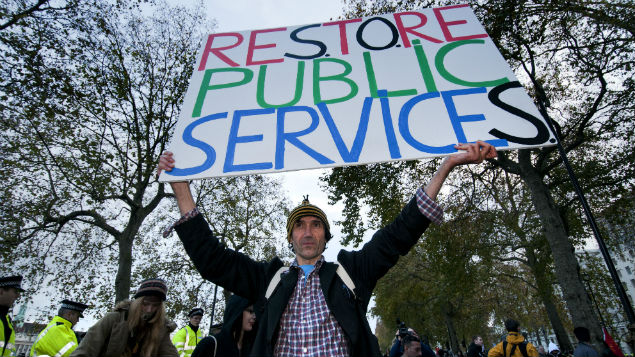 The mental health charity Mind has urged the Government to make mental health in the public sector “a top priority”, after it revealed much higher levels of mental health problems among public-sector workers, as well as less support being available.

Speaking before last month’s general election, Mind argued that, whoever won on 8 June, tackling mental health needed to be high on the agenda.

Public-sector survey respondents said that, on average, they had taken nearly three days off sick in the past year because of their mental health, compared with just under one day on average for workers in the private sector.

Almost half (48%) of public-sector workers have had time off because of their mental health, compared with less than one-third (32%) of the private-sector workforce.

However, at the same time, when they did speak up, support wasn’t always forthcoming, argued Mind. Fewer than half (49%) of people said they felt supported when they disclosed mental health problems, compared with three in five (61%) in the private sector.

Paul Farmer, chief executive of Mind, said: “By promoting wellbeing for all staff, tackling the causes of work-related mental health problems and supporting those who are experiencing mental health problems, organisations can help keep people at work and create mentally healthy workplaces, where people are supported to perform at their best.”

Separately, research from union body the TUC has argued that just 26.2% of people with a mental illness or phobia lasting for 12 months or more are in work.

Its report, Mental health and employment, concluded that while 80.4% of non-disabled people are in work, people with mental illness, anxiety or depression have substantially lower employment rates.

Fewer than half (45.5%) of people with depression or anxiety lasting more than 12 months were also in work, it added.

Separately, employee benefits firm Unum published a report in May arguing the Government should make four key workplace health-related changes “as a matter of urgency” to improve the health and productivity of UK workers. These were to: