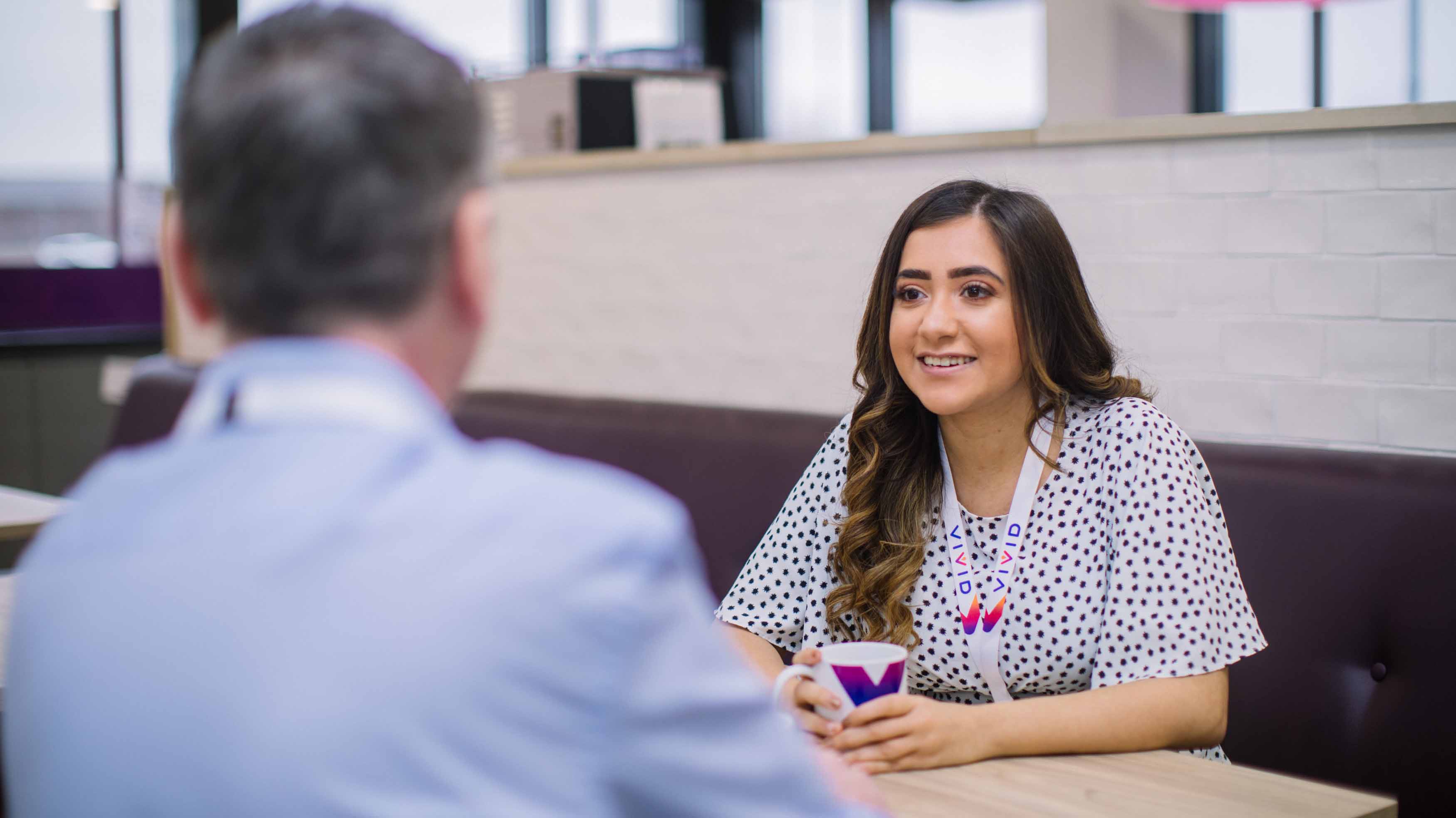 After affordable housing provider VIVID was formed from a merger of two organisations, sick days for mental ill health rocketed. But a proactive approach, including effective use of data, has paid dividends, and proved its worth during the pandemic, argue Duncan Short and Mike Jones.

For many people, having a place to call home is vital to their wellbeing. But for VIVID, a newly merged provider of affordable homes, it’s not just the wellbeing benefits of ensuring its clients have a roof over their heads that is important. It is also about building and embedding positive mental health and emotional wellbeing among the organisation’s 850 staff.

Back in 2017, VIVID was formed out of the merger of two housing associations, and it’s now Hampshire’s leading provider of affordable homes and housing-related services. At the time, the changes that often occur when two organisations come together – duplication of services, inconsistent processes, cultural misalignments and so on – led to some uncertainty among the workforce and sparked a rise in mental health-related issues.

As these became more apparent, VIVID saw sick days increase, with a particularly high percentage of people taking time off work because of some form of stress or mental health-related problem. At its peak, 40% of staff absences were attributed to mental health.

The health and welfare of VIVID’s workforce is of high importance to us and we recognised that poor mental health was becoming significant for many employees and causing difficulties for staff and the wider business.

To break this cycle and turn things around we set about reshaping our approach to our people, with the aim of reducing sickness across the company and the proportion of mental health within that.

A team was created from all levels of the business to improve occupational health services, with a particular focus on mental health. The snappily-named “Stigma Busters” team implemented a number of successful initiatives, including signing the “Time to Change” employer pledge, the movement to change the way we think about mental health.

As part of our stigma-busting approach, we encouraged staff to blog and vlog about their own experiences of mental health issues, which provided powerful and encouraging content to co-workers and began to improve attitudes and behaviour.

To give just one example, we were fortunate in having VIVID’s head of repairs write a blog about his struggles with mental health.

As an ex-roofer, with a down-to-earth voice, his blog really resonated, especially with previously reticent tradesmen. This was a breakthrough as it encouraged others to start sharing problems they had been through and also showed the organisation that we were serious about tackling the issue.

We also raised awareness of external routes for help and offered access to an employee assistance programme, which offered counselling and cognitive behavioural therapy as standard.

Role of personalised data and guidance

Alongside this, identification and prevention of mental illness became a major focus for VIVID and we worked alongside the mental wellbeing platform 87% (www.87percent.co.uk) to find out, in measurable terms, how staff were faring.

87% is a clinically-led, digital platform that curates data for employers, whilst empowering employees to build positive mental health.

After undertaking a detailed, private and confidential mental health assessment, users get personalised guidance from a team of clinical psychologists, in the form of advice, exercise, fitness enhancing programmes, life coaching and coping strategies. A full range of professional support is also available.

In terms of VIVID, this data was aggregated and anonymously delivered to managers through interactive dashboards, so providing deep insights into the wellbeing of staff.

Another benefit was the insight this data also gave to employees. Employees felt empowered to build resilience and self-awareness; they could see their mental fitness scores improve over time. At the same time, the organisation benefited from the ability to identify trends and develop better long-term mental wellbeing strategies, thus helping to prevent further issues. This, to our mind, illustrates the power of using measurable data to achieve real-time insights into employee wellbeing.

Indeed, the improvements in overall wellbeing have been – and continue to be – significant. VIVID has been able to drive engagement, reduce absenteeism and improve productivity.

Prior to the coronavirus pandemic, the company’s overall annualised sickness and mental health sickness had fallen for nine months consistently. Mental health sick day figures were at their highest in May 2019 – in that month, the sick days taken as a result of mental ill health were 40% of total sick days, amounting to 355 per month or just under four days per full-time employee (FTE). But, after dropping for nine months, this was just above two days per FTE by February 2020.

When the pandemic hit, absence did rise slightly in March, but was still negligible compared to where the peak had been a year before and, we are pleased to say, then dropped back even further. As of November 2020, VIVID’s absence rate was at just below two days per FTE.

In conclusion, we feel the strategies VIVID has implemented have had a really positive effect on our workforce. In particular, the use of 87% has been a key contributor to reducing sick leave, mental health absences and staff turnover, as well as increasing engagement. The 87% platform has given us the tools to focus on the areas of greatest need for maximum benefit and to allow us to support our colleagues in the right way at the right time.

Importantly, it’s not just staff who have benefited; there has been a knock-on effect in that staff having a more positive outlook on their work had fed into a better experience for customers.

We were hugely pleased and proud to have our work in this area recognised the recent Chartered Institute for Personnel and Development People Management Awards, where VIVID won Best Health and Wellbeing Initiative 2020.

Mental illness is of course an ongoing issue – it’s not something that you can ever say is “done” or a box you can say has been ticked. In fact, it is very clear it has become even more of a prominent issue during the pandemic, and probably will be a challenge for some time to come.

For VIVID, it’s meant we’re now running additional training courses for our managers and drop-in sessions for all staff. This provides a forum for our people to voice any concerns or gain advice in a safe environment and, equally importantly, it encourages people to speak to one another about mental health issues, so improving transparency and breaking down stigma.

To put wellbeing at the heart of what we do for our customers, VIVID will continue to ensure that positive mental health and wellbeing is central to how we operate and support ourselves.

Pandemic could leave ‘a hidden epidemic’ of eating disorders

The country could be facing a ‘hidden epidemic’ of eating disorders, as referrals to hospital and emergency admissions have increased...