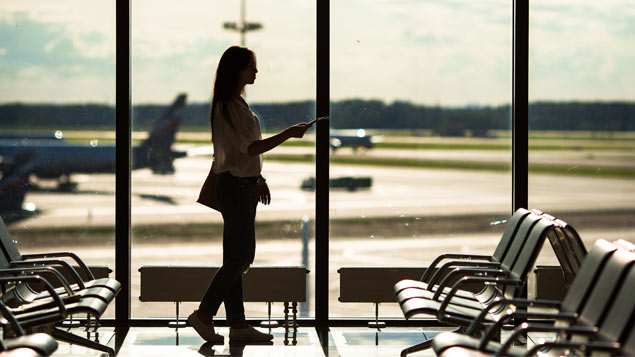 Business travel specialists and holiday firms have voiced frustration over the government’s Global Travel Taskforce report, which they say has failed to provide any certainty over the future of foreign trips and add significant costs to journeys. One expert called it ‘another hammer blow’ for the sector.

The report has not confirmed that foreign travel will definitely restart from 17 May, only that it “could” restart from that date, at the earliest. From 17 May the report said the government may no longer apply “reason for travel” rules. One airline promptly cancelled all flights until 23 June in response to the uncertainty.

As ministers have mooted in recent weeks, the report heralds a traffic-light system based on levels of Covid risk and vaccination rollout in each country – which is subject to constant review.

Travellers arriving from countries on the green list will need to take a pre-departure test as well as a polymerase chain reaction (PCR) before the second day of their arrival back into the UK. They will not need to quarantine on return (unless they receive a positive result).

Risks HR must consider when employees work from abroad

Arrivals from amber countries will need to quarantine for a period of 10 days and take a pre-departure test, and a PCR test on day 2 and day 8 with the option for “test to release” on day 5 to end self-isolation early. Test packages must be booked and paid for before travelling from a list of government-approved providers.

Arrivals from red list countries will continue to be required to stay for 10 days in a managed quarantine hotel and will require pre-departure testing and PCR testing on day 2 and 8. Travellers will have to book and agree to pay for a quarantine package before departing for the UK.

The government has targeted 28 June to see whether the measures can be relaxed, followed by reviews “no later than 31 July and 1 October”.

The high cost of tests (£120 or a PCR test) has led to criticism that only the wealthy will be able to travel, but transport minister Grant Shapps, sought to reassure that costs would soon come down.

He told Sky News: “I am undertaking today to drive down the costs of those tests and looking at some innovative things we could do. For example, whether we can help provide the lateral flow test that people need to take before they depart the country that they are in to return to the UK. And also drive down the costs of the test when they get home if it’s in the green category, where it’s just a single test.”

But travel bodies did not welcome the report.

Clive Wratten, CEO of the Business Travel Association, described it as “yet another hammer blow to the business travel industry”.

He added: “While we welcome the acknowledgement of the importance of business and leisure travel to the UK economy, this theoretical framework provides no more certainty than the Prime Minister’s brief comments on Monday.

Wratten said: “The traffic light system is something we have long campaigned for. However, it is only piece of the jigsaw if the aviation, business, and leisure travel industries are to survive. We urgently ask the government to at the very least maintain the current furlough scheme until September for the entire travel supply chain. This will hopefully enable us to contribute to UK plc as soon as it is safe to do so.”

Jet2.com has renewed its cancellation of all flights until the end of June in light of the government announcement. Steve Heapy, the low-cost leisure airline’s chief executive, said: “We have taken time to study the Global Travel Taskforce’s framework, and we are extremely disappointed at the lack of clarity and detail.

He added: “Because of the continued uncertainty that the framework provides, it is with a heavy heart that we have taken the decision to extend the suspension of flights and holidays up to and including 23rd June 2021.”

Heathrow chief executive John Holland-Kaye said the lateral flow tests should be used as soon as possible and there were “far better ways” than using a costly PCR testing system for returning passengers.

He added: “If you are a British citizen, you’ve been fully vaccinated, and are going to somewhere low risk such as Israel or the United States, not only do you have to have a test before you get on the plane coming back to show that you don’t have Covid, you then have to take an expensive PCR test after you arrive to demonstrate again.”

Mark Tanzer, chief executive of travel association ABTA, said: “While the framework isn’t perfect – the requirement for a PCR test when you arrive back from a green list country could prove a cost-barrier for many people – we welcome the fact that the government commits to engaging with industry on this issue.

“Small changes, like requiring a PCR test only if the individual gets a positive result from a lateral flow test, would make international travel more accessible and affordable whilst still providing an effective mitigation against re-importation of the virus.” 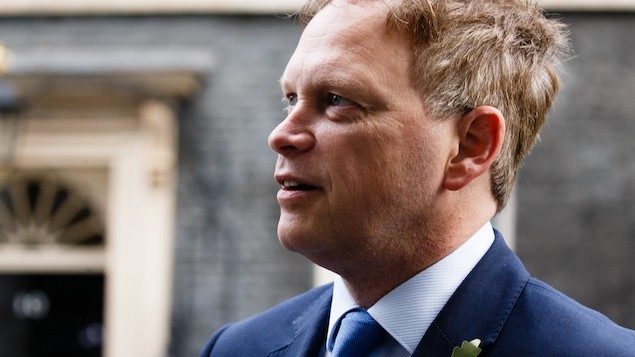 ‘High-value’ business travellers to be exempt from quarantine

The transport secretary Grant Shapps has indicated that “high-value business travellers” will be exempt from having to self-isolate when returning... 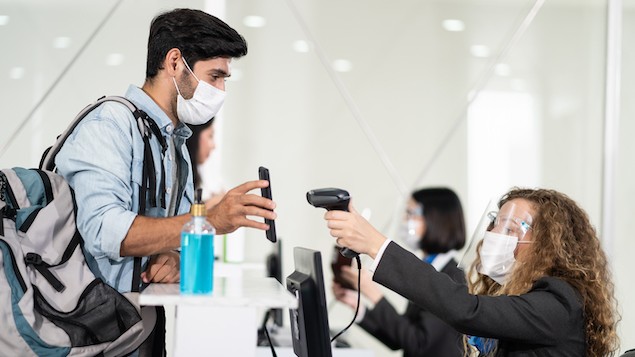 Could a blockchain health record help HR handle the pandemic?

There could be a need for employees to share health credentials once the pandemic recedes. IBM is one of the companies developing secure ‘health passports’.