How to deal with personality disorders in the workplace 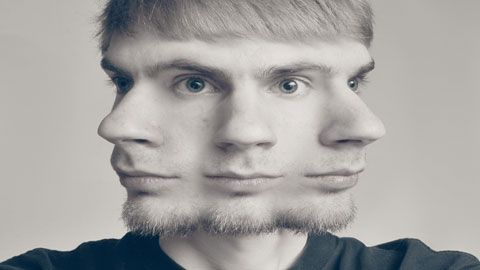 Personality disorder is a condition that must be managed sensitively. Dr Guy Roberts explains what an organisation can do if a member of staff presents with the symptoms.

Personality disorders are recognised conditions that are classified in the International Classification of Diseases (ICD-10) or the US equivalent Diagnostic and Statistical Manual of Mental Disorders (DSM-IV). Both classification systems are valid and share more similarities than differences.

Personality disorders affect the way an individual relates to the world around them, including their social, occupational and personal relationships.

For most of us, our personalities can be considered “normal”, although we all have some traits that help us to deal with our general relationships or any challenges. We are able to hold down a job and function in the everyday world.

A publication by the Department for Work and Pensions (2008) describes some characteristics of personality disorders: “The behaviour and attitude of someone with a personality disorder can cause considerable problems for the sufferer and for others. It may be that these individuals are particularly inflexible, vulnerable, difficult to talk to, irrational or have limited and fragile coping mechanisms.”

Matters are further complicated by the fact that individuals with personality disorders are more vulnerable to other mental health conditions such as depression, anxiety or substance misuse.

It needs to be remembered that “normal” encompasses a rather broad spectrum. When we consider personality disorders, we are looking at extremes of behaviours.

A very simplistic characterisation of the people that fall into this cluster are that they tend to be suspicious, unforgiving, cold and have difficulties in maintaining relationships. Many have little interest in relationships and, in some cases, can think obsessively about subjects that are often of a sexual or violent nature.

People in this category are often antisocial, borderline, histrionic and/or narcissistic. Individuals with antisocial personality disorders have a tendency to commit criminal acts without feeling guilt. So far, we have not identified such an individual in a workplace setting.

Individuals with borderline/emotionally unstable personality disorder find emotional control difficult. They often self-harm, and make and lose relationships very quickly. In our OH practice this has been the most common personality disorder we have encountered. We think this reflects the fact that this type of disorder is the most common and the disorders cause fear and concern among colleagues.

These individuals are diagnosed as “borderline” because they lie between neuroses and psychoses.

There are three sections in cluster C. The first is obsessive-compulsive – also known as anankastic – and should not be confused with obsessive-compulsive disorder, which is a separate condition. These individuals are very rigid, can be highly judgmental and are perfectionists.

The second section within this cluster is the avoidant personality, also known as anxious/avoidant. These individuals are anxious, tense and worry a lot. They react badly to perceived criticism.

The third section comprises the dependent personalities: those people who are passive, reliant on others and very easily feel abandoned.

In all cases and types of personality disorder, the individual is focused on themselves and the requirement to meet their own needs. Their perception of situations will be seen through a prism of their disorder. They may have skills that make them valuable to an organisation, but generally they exhibit challenging behaviours if circumstances do not match their world view.

Equally, those with personality disorders may have had extremely difficult upbringings. One clinical viewpoint is that they sustained harm at an early age and were unable to develop appropriately.

Imagine if you saw the world as a frightening place and one where nobody can love you and your trust in others is blighted. Core beliefs and your perception of reality become distorted.

Personality disorders often appear almost impossible to deal with in a workplace setting, but our practice has given us cause for optimism. One set of figures reveals that around two million people in the UK have personality disorders (National Institute for Health and Clinical Excellence (NICE), 2009). We believe that many of them are active in the workforce.

Although personality disorders can cause extreme behaviour, it is a spectral range of disorders that, it can be argued, include the normally functioning employee whose traits are unveiled when change occurs in their occupational or personal environment.

Why diagnosis is important

Diagnosis in a workplace setting is valuable because it allows the employee, employer and the OH team to understand the impact such a disorder can have and allows for effective management.

Personality disorder is something that is changeable and adaptable to an extent. Moderation may be slow and hard, but it can be achieved with skilled psychological intervention and a willingness to engage on the part of the employee.

If someone’s behaviours – which can include excessive absenteeism, personality “clashes”, multiple grievances, drink problems, rudeness towards clients or colleagues, or a change in behaviour in response to work change – are arousing serious concerns, a personality disorder may be the cause.

The quality of the referral is important in determining the next step. If the employer is able on the referral to give a clear outline of the presenting situation with pertinent questions, it is likely that the adviser will recognise that a diagnosis is needed and will refer to an OH practitioner or, if enough evidence is provided, seek an independent psychiatric assessment.

A diagnosis of a personality disorder can be made by a psychiatrist. Importantly, they are able to advise on matters such as the insight shown by the individual and possible workplace adjustments.

With the employee’s permission, a psychiatrist can also liaise with the GP and perhaps persuade the person to take an appropriate care pathway. Early diagnosis means effective and realistic advice can be offered.

The treatment for personality disorders tends to be lengthy because moderation and new, less harmful, strategies need to be learned and then practised. A range of therapies can be used. Of contemporary interest are dialectical behavioural therapy and cognitive behavioural therapy (CBT). However, NICE states that more research is needed, particularly among men and young people, before definitive guidelines are issued.

Sometimes medication is given to alleviate some of the symptoms, such as anxiety, but personality disorders in themselves are not responsive to medication, and treating with drugs may do more harm than good.

What should you do?

Many advisers do not automatically have OH physicians and psychiatrists to refer to. If this is the case in your workplace, there are key signals to look for. For instance, is the referral delineating a pattern of:

Patterns of behaviour are highly significant. However, all of the above can be symptoms of other conditions. Until a diagnosis is obtained, it will be difficult to deal fairly with both the employee and employer. Best placed to look at the whole picture and reach effective diagnosis is a psychiatrist – and in the short and long term, it is likely to save considerable time and money for the employer to refer to one, while also increasing the possibility of the employee receiving suitable care.

People with personality disorders can be among the most challenging for organisations to deal with. Such individuals can operate in a framework that seems to have little relationship to any external reality.

In order to ensure that they are managed in an objective and fair way, a diagnosis is essential. The diagnosing clinician must:

Once the effects of the underlying ­medical condition are made known by OH to the employer, they will be in a position not only to discuss the future employment relationship and set out expected behaviours and goals, but also make adjustments to maximise the potential of the employee’s skills.