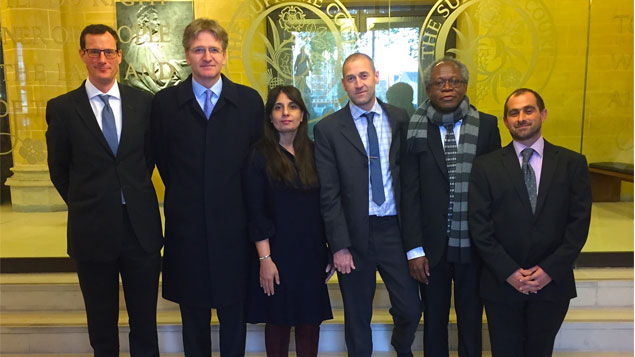 The Supreme Court has ruled that three former employees of chemicals company Johnson Matthey should be compensated after they developed a sensitivity to platinum salts which led to them being dismissed on medical grounds.

The landmark ruling means that employees may be entitled to claim compensation if their employer’s negligence has caused a physiological change in the body, even if it is symptomless, and that change has resulted in the loss of their job.

The case, Dryden and others v Johnson Matthey, concerned three former employees who worked for Johnson Matthey making catalytic converters. The company failed to ensure its factories in Royston and Brimsdown were properly cleaned and, as a result, the workers were exposed to platinum salts which led them to develop a sensitivity to the substance.

How to identify and manage health and safety risks

Although the condition is symptomless, further exposure to chlorinated platinum salts can cause a person to develop an allergic reaction, which might cause irritation to the eyes, chest and skin.

When the condition was detected, Johnson Matthey dismissed the men from their positions in the factory and offered them either an alternative role with a reduced rate of pay or the termination of their employment, both of which had an effect on their financial situation.

The Supreme Court overturned previous decisions made by the High Court and the Court of Appeal, which decided that the men could not claim compensation against their employer as the sensitivity to platinum salts had not developed into an allergic reaction and was therefore not “actionable” – the measure by which a compensation claim can be made.

The company argued that as the employees had been removed from the factory, they would never suffer from an allergy to platinum salts as they would not come into contact with the substance.

The Supreme Court judges unanimously agreed that the former employees could make a claim for compensation as the sensitivity to the substance was undoubtedly harmful.

The judgment said: “What has happened to the claimants is that their bodily capacity for work has been impaired and they are therefore significantly worse off.

“They have suffered actionable bodily damage, or personal injury, which, given its impact on their lives, is certainly more than negligible.”

Harminder Bains, solicitor at Leigh Day – which represented the former employees – said the decision would have a wide-ranging impact on the law surrounding personal injury.

She said: “My clients are delighted with this decision from the Supreme Court and will now return to the High Court to proceed to a trial for how much their lost wages and other benefits are worth following the negligent exposure to platinum salts.

“They have lost their highly skilled jobs in these chemical plants. In addition, there are other men who, sadly, have been similarly exposed, and we will be looking to widen the claims out to all those affected.

“This landmark judgment is a clear warning to all employers that they cannot side-step their health and safety responsibilities to their employees and must not cut corners and expose other workers to hazardous working conditions.”

A Johnson Matthey spokesperson said: “Johnson Matthey notes the outcome which clarifies that the claimants, in addition to compensation payments already made to them by JM, are entitled to further compensation. JM’s priority is always to protect the health and wellbeing of our employees and we continue to review and enhance our processes to ensure this is the case.”