Linking work and health: the What Works Centre for Wellbeing

By Nic Paton on 23 Dec 2015 in Research, Occupational Health 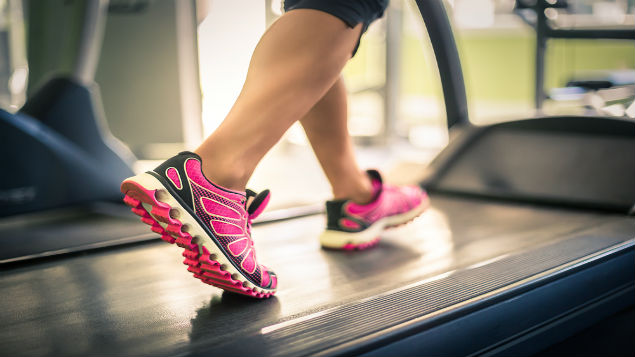 The What Works Centre for Wellbeing is an independent body set up by the Government to build an evidence base on good practice in wellbeing interventions. Nic Paton looks at what the centre does and why it is important.

Cast your mind back to November 2010: Liberal Democrat leader Nick Clegg was undoubtedly still feeling pretty chipper about his decision to go into coalition with the Tories.

But with the economy still very much in the doldrums, the Government’s austerity and cuts programme beginning to bite (and the prospect of much more to come) and Europe in crisis, the outlook was, to say the least, uncertain.

Nevertheless, despite these pressing priorities, new Prime Minister David Cameron made a curious announcement. He said that, along with measuring things like GDP, he now wanted the Office for National Statistics (ONS) to begin measuring the country’s sense of wellbeing – or how people felt about themselves, their communities, their public services, their working lives and so on

History of the What Works Centre for Wellbeing

The What Works Centre for Wellbeing was set up by the coalition government in October 2014 as an independent centre dedicated to making policy and services work for wellbeing.

Its remit was, and still is, to commission universities to research the impact different interventions and services have on wellbeing.

In particular, it is focused on research around what works for wellbeing in relation to work and learning, communities, and cultural and sporting activities.

The aim is that the evidence collected will help governments, councils, health and wellbeing boards, charities and businesses better understand the drivers and determinants of wellbeing, and therefore make more informed decisions.

The centre is closely linked to the What Works Network set up by the Government in 2013 to ensure evidence was being better used in decisions to improve public services.

The What Works initiative was itself launched by the Government earlier that year and, the ministers argued, was the first time any government had prioritised the use of evidence to inform policy and how it was delivered on a national scale.

Success as a country was, as he put it, “about more than economic growth”. He wanted to bring about a “re-appraisal of what matters, and, in time, it will lead to government policy that is more focused not just on the bottom line, but on all those things that make life worthwhile”.

The result was, from the following April,
the creation of the ONS measuring national wellbeing programme, which has, ever since, been analysing a range of different indicators, including: health; relationships; education and skills; where we live; finances; the economy; the environment; and measures of individuals’ assessment of their own wellbeing.

Whatever your view on the wider value of all this – whether or not it has led to us actually getting a better handle on our happiness and “wellbeing” as a nation – the Government’s focus on this as being something important, an area that needs to be proactively promoted and communicated, has never diminished.

A good illustration of this – and it is a focus that has now, of course, extended into the new Conservative administration – was the launch in October last year of the What Works Centre for Wellbeing.

The centre is an independent body chaired by Dr Paul Litchfield, chief medical officer at BT. It has been set up with a remit to build an evidence base around what works, and what does not, when it comes to interventions that are designed to improve wellbeing

What does this body do and why is it important?

In June, the What Works Centre for Wellbeing announced the launch of four research programmes to understand what works when it comes to improving the wellbeing of people in the UK.

The programmes, commissioned by the centre and the Economic and Social Research Council, were due to start immediately and will run over three years. The programmes are:

The centre is specifically building on the ONS’s work but also that of the Commission on Wellbeing and Policy chaired by Lord Gus O’Donnell (who is patron of the centre), explains centre director Nancy Hey.

“Our role is to improve wellbeing in the UK, by ensuring that the evidence base of interventions available for people is of high quality,” she tells Occupational Health and Wellbeing.

“We want to ensure people can be confident in their decisions about taking a particular approach.

“Our aim is to be a cross-sectoral focal point for wellbeing and our remit from the Prime Minister is to understand what government, communities and industry can do to improve wellbeing. We are looking to bring together what is known about wellbeing and what improves wellbeing; to make sure the evidence base is there,” she adds.

It is also interesting to view the work that the centre is doing in the context of wider debates around public and social health. For example, the often complex relationships between wellbeing (or things that make us feel “good”) – green spaces, a secure job, access to friends and family, somewhere nice to live and so on – and health.

This is an area that the National Institute for Health and Care Excellence (NICE) is examining through its work around public health. For example, it is creating a growing library of quality standards for local authorities authorities, in areas such as ways to improve physical activity, prevent harmful alcohol use and cut smoking within communities.

But Hey makes it clear that the work the centre is doing is quite different from that of NICE. While NICE is more focused on health and social care, the centre’s remit covers general wellbeing. It encompasses areas such as: quality of life and work; prosperity; positive physical and mental health; and how wellbeing can be a determinant of these but can also be determined by these factors.

“There is a vast amount of literature on wellbeing… our job is to bring it together. There is great demand. We are seeing different organisations appoint ‘heads of wellbeing’ – schools, local authorities, private organisations – so that change is starting to happen,” she explains.

This autumn will also see activity step up with a call for evidence for the centre’s various pipelines of activity and a series of public dialogues being held around the UK.

“We really want to understand what people think about wellbeing and what is important for them. So it is about bringing together policy, academia and the public to really encourage people to think about the evidence base,” Hey says.

“It is about measuring wellbeing and using these measures to then improve wellbeing in a more controlled way. Wellbeing is about people; it matters and it is important,” she adds.

To coincide with the launch of the centre last year, the Government published intriguing research into the relationship between worker wellbeing and workplace performance.

“These findings are important because this is the first such study for Britain. They are consistent with the proposition that employers who are able to raise employees’ job satisfaction may see improvements in the performance of their workplace.

“These improvements are apparent in profitability (financial performance), labour productivity and the quality of output or service,” the research concluded. Moreover, it argued that there was, therefore, “a prima facie case” for employers to consider investing in the wellbeing of their employees.