Managing liver disease in the workplace

By Nic Paton on 23 Aug 2016 in Return to work and rehabilitation, Wellbeing and health promotion, Occupational Health 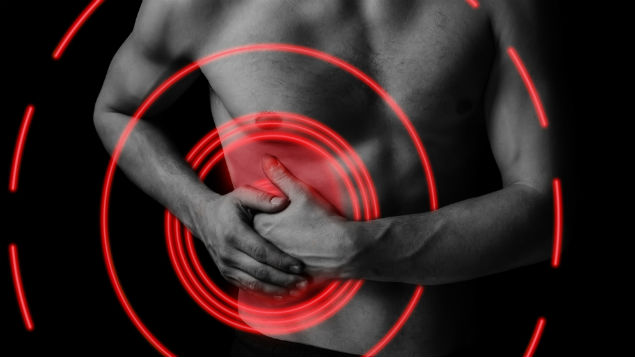 Liver disease, with its link to alcohol, is a growing problem in the workplace. Nic Paton looks at the role of employers and occupational health in managing the problem.

Employees were asked to fill in a “Love your liver” health screening questionnaire, and those deemed to be at risk were invited to go for an ultrasound scan for further investigation, using (naturally) the company’s own screening technology.

Peter Harrison, managing director of the Siemens’ healthcare division, said at the time: “We are committed to the wellbeing of our staff and are also aware there remains a lack of awareness on the topic of liver disease throughout society. We have therefore chosen to partner with the British Liver Trust to offer liver screening to our employees.”

The HSE’s view on managing alcohol at work

The Health and Safety Executive (HSE) in its guidance “Don’t mix it: a guide for employers on alcohol at work” has argued that alcohol is estimated to cause 3-5% of all absences from work, equating to between eight million and 14 million lost working days in the UK each year.

Business leaders in general tend to be most concerned about its effects in relation to:

However, the HSE stresses employees with a drinking problem have the same rights to confidentiality and support as they would if they had any other medical or psychological condition, and disciplinary action should be a last resort.

The two key actions an employer should consider taking are screening and, most important of all, having an alcohol policy in place.

Screening for drugs and alcohol, at least outside safety-critical roles, can be fraught with difficulty, in that the employer needs to be clear how it is going to manage any “positive” findings, as well as the support and consequences, and how that is all communicated.

A model alcohol policy, the HSE has suggested, should cover the following areas:

Arguably, such an event should not be notable. Yet, as Harrison’s comments highlight, liver disease remains something of a hidden, unrecognised condition within the workplace. This is despite the fact that the British Liver Trust has estimated that more than 16,000 people in the UK die each year from liver disease, through a combination of factors including obesity, drinking too much alcohol and viral hepatitis.

Siemens’ move, therefore, was a welcome development in terms of generating greater public awareness of the condition and, from the OH perspective, the role employers can play in supporting staff suffering from it.

The company’s screening activity also complemented the trust’s wider “Love your liver” campaign, which is calling for the Government to back the idea of universal screening for the disease – something it argues could save the NHS as much as £600 million a year.

One of the challenges around liver disease, both societally and within the workplace, is its close association with alcohol misuse. This means there can be a stigma attached to it and an unwillingness among individuals to speak publicly about it. Moreover, especially within the workplace setting, this can also mean the focus becomes more about managing performance and attendance issues associated with excessive use of alcohol rather than the risks around liver disease, argues the trust’s chief executive, Andrew Langford.

“In the vast majority of cases of people with liver disease at work, you will not know about it. Because of the stigma that is often attached to it, and its association with alcohol, it is not the sort of thing people want to talk about, even if it has not been caused by alcohol. Lots of people are quite prejudiced about it,” he points out.

“Yes, liver disease can be caused by alcohol, but that does not automatically mean that someone with liver disease is an alcoholic. With alcohol-related liver disease there is a common misconception that the only people who get it are alcoholics,” he adds.

While alcohol misuse certainly can cause liver disease, it is by no means the only risk factor, however. The various strains of viral hepatitis can all lead to liver damage and disease and, indeed, the more than 8,000 people called in for blood screening in February after a healthcare worker at NHS Lanarkshire was diagnosed with hepatitis C will in all likelihood have been warned of precisely this risk.

Obesity and type 2 diabetes can also be contributory factors and, although relatively rare, people can contract genetic liver disease from birth, or auto-immune liver disease.

What, then, are the main symptoms of liver disease that are likely to be of issue from the workplace perspective?

The key one is fatigue, emphasises the trust’s Langford; often the inability to complete a full day at work or carry out a full range of tasks.

“Being aware of the possibility of fatigue is important, and perhaps working to reduce the employee’s hours or look at what they are doing. If they are doing heavy or manual work in particular, it could be difficult. Or they might have problems with concentration,” he says.

“Another common symptom is jaundice. Your skin can also become itchy because your liver is unable to get rid of the toxins it should, and this can lead to a build-up of toxins in the body and cause a persistent itch. It will often be itchiness that in fact is not accompanied by a visible rash because it is not on the outside; it is coming from the inside out.

“You may suffer from some problems with memory, which can be a sign of brain encephalopathy, or a build-up of toxins in the brain.

“Then, if you’re very ill, you will need to be hospitalised, which will obviously mean needing to take time off to recuperate. Or it may be you need to go on to a liver transplant waiting list, although by that time, to be honest, you are unlikely to still be working. If you have a transplant you will normally need to take at least eight to 12 weeks off afterwards to recover and more if there are any complications,” says Langford.

But it may also not just be a question of supporting those who have the condition. If a part-liver transplant is required, it may be that one of your employees is a donor, and so will also need time off work and rehabilitation.

“A liver transplant is a major operation and so you need to have a robust return-to-work plan in place that can accommodate that person’s health concerns, certainly for the first six months. Even when someone has had a transplant, they are still going to be on long-term medication, which in itself can cause side effects. There may well be life-long health issues even after someone has had a transplant,” says Langford.

The role of OH professionals in this context needs to be threefold. First, practitioners will naturally need to be leading the commissioning or delivery of the direct support and any rehabilitation or return-to-work programme for the employee.

Second, OH teams will have an important role to play in terms of health promotion and education, especially around alcohol in the workplace, but also the fact that liver disease can be caused by other factors. If screening is the route the employer wants to go down, the OH practitioner will also be likely to have a key role here.

Finally, the OH team will have an important education and training role for managers and business leaders in terms of showing them the things to watch out for, the support that can be helpful, and where and how to access it, and tackling the issue of stigma in this context.

“For OH professionals, the most important thing they can do, first off, is to ensure their organisation has a good alcohol policy in place, and that people know and understand how to support people who are having problems with alcohol. Another important thing is to have a good blood-borne diseases policy in place,” says Langford.

“If an employer has a good OH department, it will have an important role in terms of providing drink-related and weight-related support, as well as risk prevention around viral hepatitis. A lot of this will be picked up by good health screening,” he adds. The trust itself has developed an online screening tool tool as part of its “Love your liver” campaign.

While liver disease is an issue that is still below the radar for many employers, it is nevertheless a disease whose prevalence is increasing rapidly, not least because of the nation’s growing public health problems around obesity and type 2 diabetes, as well as alcohol consumption.

On this latter point at least, Langford and the trust strongly welcomed the updated alcohol consumption advice issued by the chief medical officer (CMO) for England, professor Dame Sally Davies, in January.

“The CMO’s new alcohol guidelines are welcome. People need to know about the dangers of alcohol and obesity, which are both causing huge problems. I think it is just part and parcel of being a good employer, as well as being a good OH or HR department within that organisation; looking to have an effective, preventive input,” says Langford.

“We have seen a 400% increase in a generation, and that trajectory is continuing. The third most common cause of early death now is liver disease. This is not something that will be going away anytime soon,” he warns.