Mental health in the workplace conference focuses on problems and solutions 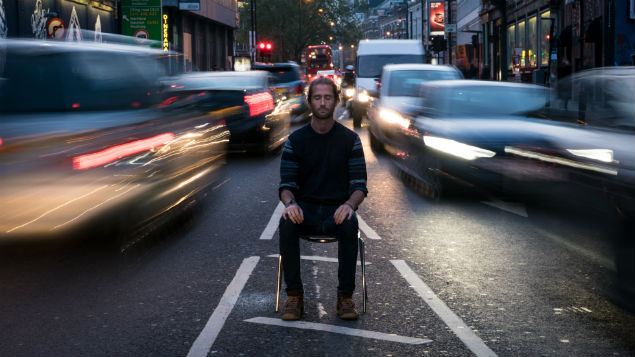 The Calm Photography Movement aims to provoke discussion of suicide, the single biggest killer of men under 45 in the UK, and raise funds for CALM (the Campaign Against Living Miserably).

A recent conference brought together experts on mental health in the workplace to look at the growing evidence base on how to support employees. Ann Caluori looks at the lessons learned.

The event began by showcasing photographs from The Calm Photography Movement. Suicide is the single biggest killer of men under 45 in the UK, and this project was founded by Scott Shillum and Steve Wallington, who have both lost family and friends to suicide. Its aim is to provoke discussion on mental health and masculinity, and to raise awareness and funds for CALM (the Campaign Against Living Miserably).

Dr Sally Coomber, deputy director occupational health and staff wellbeing at Public Health England (PHE) and past President of the SOM presented on Mental health: the challenge for the employer.

Coomber began by asking: why is mental health important in the workplace? Mental health affects all types of employment, and the economics speak for themselves: the cost to the UK economy is £70 billion per annum, and mental health is the leading cause of sickness absence from work with an estimated 70 million sick days taken each year.

As many as one in four young women (16-24) suffer from symptoms of common mental disorders (CMDs), while severe mental health symptoms are rocketing in men in the 55-64 age bracket.

Symptoms of CMDs include fatigue, poor concentration and forgetfulness, sleep problems, irritability, worry and panic. Dr Coomber referenced the Jo Cox Commission on Loneliness, and for the first time a figure has been put on the cost of loneliness to UK employers. The New Economics Foundation has estimated that loneliness costs the economy £2.5 billion per annum.

There are three levels to the prevention of problems at work:

There is currently not enough investment at the primary or secondary level. Line managers need training and support; a show of hands at the event suggested that only about 20% of employers provide this.
PHE’s infographics shine a light on health and work statistics, including a Spotlight on Mental Health.  PHE has also published toolkits to assist employers, such as the Mental health toolkit for employers, suicide prevention and postvention toolkits, with a new toolkit on sleep soon to be released.

Further to this, PHE provides mental health training for their own staff, and employs a behavioural science team to evaluate the outcomes. Its research shows that training in mental health awareness works, improving employee confidence with the effects sustained at three months.

Neil Greenberg, Professor of Defence Mental Health at King’s College London and managing director of March on Stress, talked on Mental Health and how to ‘Sustain Resilience at Work’. He asked the question: is work good for you?

The answer was overwhelmingly yes, but it does depend on the job. Work can be a significant stressor in some cases, however it can also increase self-esteem, social contact, and provide a sustaining rather than damaging pressure (‘it’s all about the dose’).

Three sources of stress were identified: trauma, work and home. Evidence has shown that even in the most traumatic work environment, problems at home had more impact than problems at work. Common mental health disorders are anxiety, depression, adjustment disorders, post-traumatic stress disorder and alcohol misuse.

Greenberg stated that diagnosis can be difficult – for example, anxiety is a characteristic of being human and for it to be classed as a disorder it must interfere with day to day life and require intervention.

He added that for depression to be diagnosed the sufferer needs to have a certain number of symptoms. In addition, traumatic stress does not affect everyone in the same way; for example, someone who experiences a traumatic event might be fine, whilst someone who witnesses that event might be traumatised.

A potentially traumatic event (PTE) is an event that almost happened, for example threatened death or violence, and can be as traumatic as one that did happen. Type II trauma is an accumulation over time (rather than Type I sudden trauma) and can be difficult to diagnose because it is not usually seen until ‘the final straw’ moment.

Organisations can be guilty of overreacting to trauma; what is most needed is supportive managers and colleagues. Not everyone needs therapy, and being upset about an upsetting event is a natural reaction, which only becomes a clinical issue if it does not go away over time.

So why aren’t CMDs just treated? Why can’t you receive treatment and return to work? A significant proportion of people don’t recognise they have a disorder. Some don’t seek help because they don’t think they’re entitled, some are worried about what it would say about them if they did, and some worry that they won’t be able to get the time off work.

The reality is that mental health treatment processes are complex, and can involve anti-depressants, employee assistance programmes (EAPs) and sick leave. Unless you look at what’s happening in the workplace, you’re not going to get people functioning at work.

There is also a great deal of stigma still surrounding mental health, be it self-stigma, public stigma or discrimination. The military has a long history of stigma but it is not only an issue for ‘stiff upper lip’ professions; it is societal. In this climate, people often only dare to seek help when they are encouraged by a significant other/manager/friend, or when a critical event has occurred.

Greenberg concluded by discussing the balance of reach versus impact. It is important to have policies but if these policies are sitting on shelves and not being used they can become redundant. In the military, it has been shown through surveys that in terms of primary prevention line managers (especially junior managers) are highly important, and that camaraderie is also a significant factor. There is currently little evidence to show that military pre-screening for mental health disorders works.

In terms of secondary prevention, early detection, overcoming the “I’m fine” response, conversations with peers who are trained in TRiM (trauma risk management) and StRaW (sustaining resilience at work), and motivational interviewing can all be important mitigating factors. Tertiary intervention could include medication, cognitive behavioural therapy (CBT) and other types of therapy.

Professor Ivan Robertson of Robertson Cooper and Manchester University’s talk, Psychological well-being, physical health and work behavior, explained that feeling healthy requires both positive emotions and a sense of purpose. Pressure at work is good; it is only when it tips over and causes stress that it becomes a problem.

Physical health outcomes are linked to psychological wellbeing (PWB), with overwhelming evidence demonstrating a link between cardiovascular disease (CVD) and low PWB. There is also a link between PWB and sugar/fat metabolism, and PWB and the immune system. Positive PWB has been shown to protect against cardiovascular disease (CVD) even when controlling for CVD risk factors.

Robertson discussed the link between PWB and performance. People with positive PWB perform better at work because of behavioural factors such as less distraction due to psychosomatic complaints, higher motivation and self-efficacy, and better memory. What employer would not want this, and why doesn’t every organisation therefore strive to improve the PWB of their employees, not out of altruism towards employees but because it’s beneficial from a business performance point of view?

There can be a misunderstanding that demands are a bad thing in the workplace, but if there is control and resources/support to balance the pressure, workplace wellbeing can be achieved.

How do we measure the benefits of improved wellbeing? Evaluation is key, Robertson concluded, and strategic outcome goals need to measurable. To develop wellbeing, we must look at organisational capability, management capability, and individual capability. Positive outcomes include lower sickness absence, increased performance and productivity, and employee retention.

Towards the end of October, following the publication of Thriving at Work: the Stevenson/Farmer review of mental health and employers,  the Government announced that two million public sector workers would receive unprecedented mental health support,while the Ministry of Defence announced their intention to improve mental health in the armed forces. A sign that the tide is moving towards the prioritisation of mental health?

With the cost of mental health to the UK workplace rapidly escalating, perhaps the message that workplace interventions are a saving rather than an expense is now becoming louder.

Ann Caluori is communications and events manager at the Society of Occupational Medicine.