Is neuropsychology the solution to workplace stress?

By Dr Paul Brown on 23 May 2016 in Mental health, Stress, Wellbeing 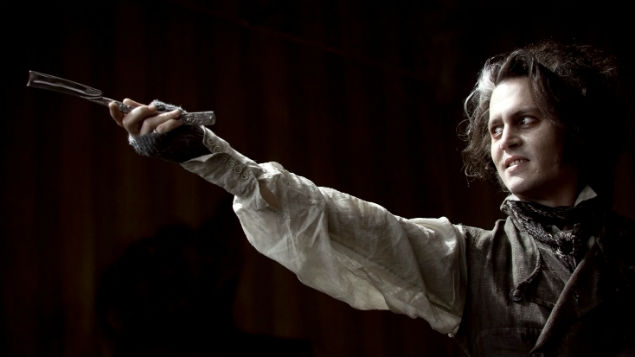 Cruellest cut? Will HR get left behind how barber surgeons once were? PHOTO: Everett Collection/REX Shutterstock

In January 2011, a group from Massachusetts General Hospital affiliated with Harvard Medical School reported that an eight-week, self-managed, mindfulness-based stress reduction training programme created measurable changes in the density of brain cells in the hippocampus.

For the first time there was structural evidence that one method of stress reduction had clear neurophysiological correlates, and in a region “known to be important for learning and memory, and in structures associated with self-awareness, compassion, and introspection”.

The danger is that such a finding gets applied mindlessly. Many a coach knows the impossibility of getting a highly stressed executive to even consider taking time to do something so apparently time wasting as learning one of the simpler meditation techniques. It is an understanding of the whole system that is needed before any technique makes sense.

Understanding the whole system is something that is rather lacking in HR. Psychology and the social sciences generally have not served HR well as underlying bodies of knowledge. Now, and because of the new brain sciences, there is an interesting fundamental challenge looming for organisations, and there are a number of ways of stating it.

One way would be to ask: could company leaders and HR get away from the pseudo-science of numbers, self-limiting demands for performance and the nonsense of much “evidence-based” deliberation and into real science?

Another way might be to reflect on the notion of two kings and the barber surgeons. In medieval times, those who had sharp blades were swordsmen or butchers or barbers. In battles or brawls, swordsmen inflicted nasty injuries on each other. Barbers had the tools to cut sharply and quickly when amputation was necessary.

As the systematic study of anatomy improved through the fifteenth century, so did the skills of the barbers who were surgeons. Henry VIII established the United Guild of Barber Surgeons in 1540.

But, bit by bit, those who were really skillful wanted to separate themselves off from their haircutting brethren. Rembrandt’s great painting “The Anatomy Lesson” celebrates the seventeenth century’s admiration not only for the skill of the surgeon but an increasing ability to bring to teaching some of the early science underlying the practice of surgery at that time.

In 1745, George II established the London College of Surgeons. Barbers were not engaged in experimental science in the way that surgeons were – although barbers have kept their ancient symbol of a bandage staunching the flow of blood as the red-and-white banded pole still used as the sign for a barber’s shop today.

Modern neurosciences are presenting the same sort of challenge as faced the barbers, who did not know whether or not to stay with what they knew or find a way into knowing what they did not know. The management of stress highlights this challenge.

The inverted U-curve relationship between task, drive and stress is well known. First systematically described by Yerkes and Dodson in 1908, their law states that for any given task there is an appropriate level of drive (stress) to produce optimal output. Too little and the output is below optimal. Too much and appropriate stress shifts into anxiety or distress that also results in reductions to output.

Depending on its level and the appropriateness of that level in context, stress is both the agent and the inhibitor of effective performance. It is context that is crucial to its management.

Under extreme conditions of battle, for ins-tance, why does one person experience a traumatic stress reaction that results in post- traumatic stress disorder (PTSD), while ano-ther person in the same incident gets on with the same sort of life that they were creating before the events in question? It is because they have different operating systems, however much they look alike in uniform.

Individuals are all entirely different because their brains are different. Three pounds of matter containing 89 billion brain cells (neurons) will, from the fourth month of pregnancy, have been sculpted through experience into the making of a unique individual, although it takes 24 years for the brain to reach its mature operating potential.

But, unfortunately, the social sciences of the twentieth century, from which the fundamentals of HR practice derive, could not take much account of individual differences. Despite considerable amounts of psychometrics, no agreement has emerged about what “an individual” actually is.

Different theories proliferated, often elevated to being “schools” of psychology. Underlying them there was not only no agreement but also no method of arriving at any shared understanding as to what “a person” might be or how “the self” was constructed and how it functioned.

In consequence, no listed company has ever made it a requirement that a  psychologist should be a key member of  its board – which is surprising if psychology is the science of human behaviour and people are proclaimed as the key asset of most companies and the war for talent goes on incessantly.

Similarly, HR is often under-represented at board level. The stuff that HR deals with is, after all, soft stuff, not the kind of systemically shared knowledge that is the province of engineers and accountants or accumulated in the way that lawyers find their way to consensus based on precedent.

But the soft stuff is becoming hard stuff. Twentieth century psychological descriptions of behaviour are beginning to give way to the twenty-first century’s neuroscientific explanations. A new working model of the human being is emerging, with, interestingly, inescapable evidence that men and women are different.

The essence of the new model being established by neuroscience is to get away from schools of psychology and competing models of the person, into an understanding that the human being is an energy system. This includes that:

So the challenge for HR is: does HR want to become a profession that bases itself upon the new science of brain and mind, or does it wish to stay with old knowledge that, despite more than a hundred years of academia has, like theology, no replicable scientific credentials?

The professional outcomes arising from the response to that challenge are exactly the same as they were for the barbers. At a fork in the road, each option leads in a different direction. Does HR want to go down a mindful or a mindless track? That question has the potential to stress HR itself. So, how would such stress be managed?

A new book called “The fear-free organization” sets out a blueprint for why human energy need not be wasted in the way it is in many organisations, and what the org-anisation of the future might look like.

It parallels the fieldwork reported by Frederic Laloux in “Re-inventing organizations”. Laloux discovered that profit flows when individuals willingly bring their energies to an organisation that knows how to focus that self-directed energy in the service of the organisation’s strategic and operational goals.

The essence of the new organisation is about the quality of relationships within it – not only between people but with every individual’s own self-reliance. The same is true in the management of stress or recovery from PTSD. The re-establishing of self-reliance is key.

Under the assaults from which it has suffered in recent years, finding itself the only part of the organisation that has been called toxic or caught up in love-hate paradoxes, it is also key for the future of HR.

So the new HR – the one that has taken the surgeon’s track, not stayed as the roadside barber – might be looking towards the attachment emotions of excitement, joy and trust as the key creators of energy in the organisational system. In doing so, they will abandon the energy-consuming emotions of fear, anger, disgust, shame and sadness that are the underlying emotional currency of so much organisational behaviour.

And perhaps the new HR would be wondering whether or not the key task for those who understand human beings is to manage the flow of information, energy and relationships in a way that makes the organisation feel both integrated and full of integrity – coherent and cohesive.

Could exceptional performance be the new norm and arise in ways that are entirely unexpected, delivered not as a goal-focused demand but as an expression of shared meaning and purpose?

At a branch in the road of professional development where the options are clear but different, that would manage the stress that HR as a profession is at risk of experiencing. And it is a good way of managing individual stress too.

Dr Paul Brown is faculty professor, organisational neuroscience, Monarch Business School, Switzerland. He is the author of “The Fear-Free Organisation”(2015) and co-authored “Neuropsychology for Coaches: understanding the basics” (2012); and “Neuroscience for Leadership: harnessing the brain gain advantages” (2015).
View all posts by Dr Paul Brown →
Previous Article
Next Article