If there is a vote to leave, what happens to upcoming EU legal decisions? 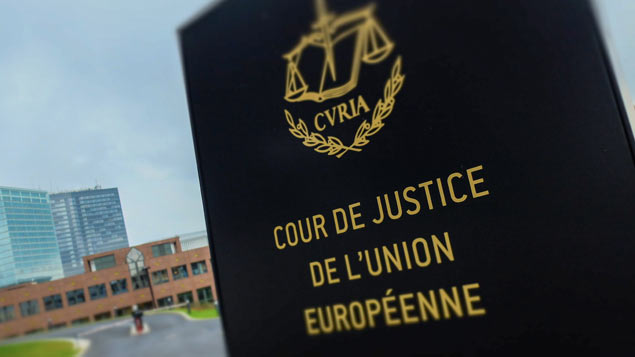 In the latest in our series of articles on the impact of a potential Brexit for employers, Felicity Gemson and Karen Birch of Allen & Overy consider what might happen to employment law in the UK during the transition period.

It is easy to think of European laws and judgments that have turned life upside down for the HR world over the years, transforming workplace policies and practices in areas such as working time, discrimination avoidance and redundancy process.

So if the UK votes to leave the EU on 23 June 2016, will we lose this dimension to our employment law and, if so, how soon?

There has been much speculation as to how the Government might change domestic employment legislation but the EU law position is clear, at least in the short term.

The short term: business as usual

After the UK has given its formal notice, there will be a negotiation process for up to two years to agree its exit terms and future relationship with the EU.

The UK will leave the EU at the two-year point but could do so sooner (if an earlier deal is reached) or later (if negotiations are extended).

During this transition period, it is “business as usual”. EU legislation and European Court (ECJ) judgments will continue to apply up to the moment we leave, unless otherwise agreed. And EU nationals will continue to enjoy their free movement rights around the EU.

Will there be EU measures that crystallise in this period that could impact on the HR agenda? Yes, there will.

The General Data Protection Regulation, which will entail a wholesale review of employment data processing, comes into effect in May 2018.

Given the eye-watering fines for breaches (of up to 4% of annual turnover or €20 million), the cautious approach is for employers to continue preparing for this on the basis that it will apply until Brexit, and the UK is likely to adopt a similar regime post-Brexit.

The deadline for implementing the EU Trade Secrets Directive is also expected to fall within the pre-Brexit transitional period, potentially requiring a rethink of employee confidentiality provisions. And there could be further changes to financial sector pay rules, following last year’s EU consultation on the efficiency of the rules.

Less imminent proposals in the EU pipeline include better rights for posted workers and measures to increase female representation on listed company boards.

Even if these or other measures are fast-tracked and passed, the likelihood is that the Government will not rush to implement them, particularly as its bargaining power when negotiating them will have been significantly reduced if we have signalled our intention to leave.

On the case law front, the ECJ is also expected to opine on religious discrimination rules for the first time (in the context of religious dress codes), and on permitted variations to employment terms on a transfer of an undertaking (TUPE), among other issues.

These are not UK referral cases but tribunals and courts must still have regard to them when interpreting UK legislation in the transitional period.

The longer term: making the break

The role of EU law in the longer term is less clear. It will depend on the arrangements negotiated for our future EU/UK relationship.

Possibilities range from the “Norwegian model”, which would require the UK to accept most EU employment laws (but with no say in how they are made), to the “go it alone” model without EU law commitments.

However, if the UK is to maintain strong trading relations with Europe, it will most likely be expected to have similar employment law standards to ensure a level playing field.

And there may not be a significant appetite in Government to change some aspects of EU employment law currently applied in the UK.

As a matter of policy, the UK is also likely to impose equivalent data protection standards in order to be regarded by the European Commission as an “adequate jurisdiction” for data transfers to and from the EU.

Even with a minimal EU/UK relationship, UK courts and tribunals might still have regard to ECJ rulings when interpreting EU-derived laws (such as TUPE or the Working Time Regulations) which remain in place.

And because these rulings are so embedded in existing UK case law and we have a system of precedent (that is, lower courts are bound by higher court case law), they are likely to remain influential in future case law, unless courts or tribunals can justify departing from them.

Behind the scenes, the Government must decide how to unravel EU rules from UK legislation. This is likely to be a long process and a politically fuelled one. Even if the relevant legislation is amended or repealed, this will not necessarily simplify life for employers.

Employees might still have a contractual right to rely on EU-derived rights if they have become incorporated into employment contracts and company policies (such as paid holiday).

Varying or removing these rights without employee consent would expose employers to breach of contract and other employment law claims, as well as to potentially adverse industrial relations consequences.

For HR practitioners, it will be a matter of playing it by ear – but for the time being it is business as usual.

About Felicity Gemson and Karen Birch