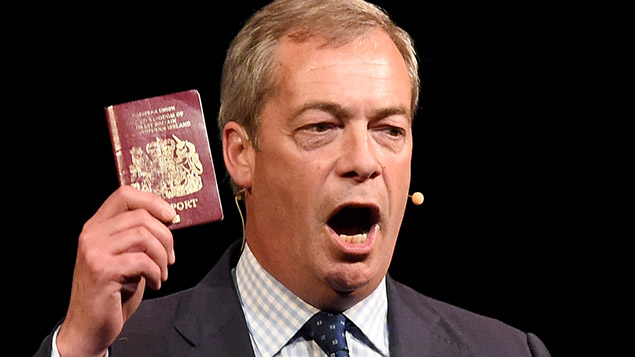 Europeans working in the UK fear the impact of a Brexit vote according to research released today, one month ahead of the EU referendum.

Nine out of ten (87%) non-British EU citizens living in the UK are worried about the potential impact of a Brexit vote, with 49% fearing for their job security.

Brexit: Would the Government’s grip on trade unions get tighter?

The possible impact of leaving the EU on UK employment law

The study of 1,000 non-British EU citizens living in the UK by Totaljobs also found that one in three (33%) would feel discriminated against if they were to look for a job in the UK in the current climate.

Spanish workers are most likely to feel discriminated against (40%), compared to 33% of Polish, 32% of French and 25% of German nationals.

Three-fifths (61%) of respondents said their HR department had not been keeping them informed about the potential work policy changes if Britain leaves the EU.

More than half of respondents moved to the UK for work-related reasons (58%), either for a specific job opportunity (26%) or because of the buoyant job market (32%). Job satisfaction is high with 65% of those questioned claiming to be satisfied or very satisfied with their current job.

Respondents rated various aspects of their working life significantly higher in the UK than in their home countries, including:

Most EU immigrants (56%) cited their job as the main reason for staying in the UK, but 40% said that the British decision to hold the EU referendum has negatively affected their opinion of the country and is forcing some (25%) to consider career options outside of the UK.

John Salt, group sales director at Totaljobs said: “European workers in the UK are unsettled by the prospect of Brexit, and this may have an impact on productivity and employee turnover rates for UK employers. With the UK skills shortage already at a critical point, this is not a prospect many employers will relish.

“Totaljobs knows how important a happy and diverse workforce is to business success, and to see that 65% of Europeans in the UK are satisfied with their jobs is fantastic. To maintain and make the most of this, employers need to communicate with their employees about Brexit and seek to address any concerns they have.

“It is hard to predict what will happen following Brexit so employers are in a difficult position, however those who support their workforce through this unsettling and uncertain time will reap the benefits in higher staff retention and employee engagement rates going forward.”

Despite their worries, the majority of EU expats in the UK (76%) hope to stay, even if Brexit were to become a reality.

Half of respondents (50%) have considered applying for UK nationality and 9% are in the process of applying. Only 7% of immigrants say they would not try to stay in the UK if it leaves the EU, while 18% are undecided.